Fantasy An interview (& giveaway) with Clifford Beal, author of The Guns of Ivrea

An interview (& giveaway) with Clifford Beal, author of The Guns of Ivrea 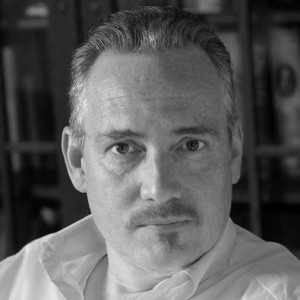 First it’s probably best to give the inspiration. I came across a 19th century ceramic plate at a British National Trust property that had a scene with a large ship surrounded by sea monsters and mermen riding dolphins. A thought struck me: how would humankind and merfolk interact? It gave me the kernel of an idea for a secondary world similar to our own 15th century Mediterranean era but populated by exotic and mythological creatures including merfolk. The result is The Guns of Ivrea, set in an island kingdom called Valdur and it’s a novel that is overwhelmingly epic-adventure with battles, intrigue, and romance.

The plot follows several character arcs: a pirate princeling, Nicolo Danamis, who’s inherited his fleet and who has jealous enemies lurking; a young monk named Acquel who’s not terribly dedicated but blunders into an underground discovery that will rock the religion of the kingdom to its foundations; and a Mer princess who is more than curious about the affairs of men and determined to reintegrate her people into Valdur from self-imposed exile. Pressed by enemies inside and out, Danamis decides on a desperate attempt to enter into an alliance with the merfolk to save his command and his rule.

What makes Acquel Galenus a compelling character? Why do you think readers will root for him?

In a way, he’s an everyman, not terribly talented at anything and someone who has just drifted into his profession which in this case happens to be the church. He gets chucked into a situation he doesn’t want and doesn’t know how to handle and I think that will resonate with many readers. Life sometimes throws a lot at you. I did research into sailing vessels of the 15th and 16th centuries to get a sense of how the vessels of the era handled. I also had devoured all the Patrick O’Brian Captain Aubrey books over the past decade so that helped too as well as the research I did on my first book, Quelch’s Gold. But as this is late medieval technology the mechanics of naval warfare were very different and battles then were essentially just two ships pulling alongside and beating the hell out of each other in hand-to-hand combat. Apart from nautical research, my many years of medieval sword-fighting in full armor helped tremendously for getting some accurate feel injected into those fight scenes and battles.

Have you always wanted to be a writer?

Absolutely. Although I worked as a journalist for more than twenty years and had written many thousands of words, it was never the same as authoring a book. Nothing compares to getting your hands on your first author’s copies and savoring that moment after all the months of hard work.

A short story–very short– called “The Melancholy Mansion.” I was about 12 or so when I wrote it after having discovered Edgar Allen Poe. My teachers must have thought I was a very strange boy. That said, my English teacher loved it and started calling me “Edgar Allen” in class.

Why fantasy? What do you enjoy most about reading, and writing, in the genre?

I’ve always loved fantasy and SF having grown up with all those great TV series in the 60s and 70s. But it was a love of medievalism that actually led me into heroic fantasy novels when I was a teenager, beginning with LotR and Le Morte d’Arthur and then sword & sorcery from Robert E Howard and Fritz Leiber. I think what I appreciate most about the genre, speaking as a writer, is how speculative fiction allows you to explore the human condition in such interesting ways because you can inject the fantastic into everyday situations.

Leaving aside the “classics” of university reading lists, I would say Michael Moorcock, Stephen King, Roger Zelazny, Patrick O’Brian, John LeCarre, and Len Deighton to name but a few. Books by these guys seem to stick in my mind years later. Not sure any have gone so far to influence my life but certainly my writing, whether consciously or not.

The wonder of discovering The Lord of the Rings is still a very fond memory for me. What a glorious adventure!

Recently finished a wonderfully strange anthology by Helen Marshall called Gifts for the One Who Comes After and have just dipped into Stephen King’s The Stand (for the second time). I’m also reading a history of US/British relations called New World, Old World. I try to read one novel and one non-fiction on the trot. So many books, so little time as they say.

I’m currently finishing the sequel to Guns of Ivrea. It’s called The Witch of Torinia and takes up the story about a year from where Guns leaves off. Should be published sometime early next year. After that, I plan to knock out a short story that’s burning a hole in my head at the moment. The big decision will be whether to go straight into a third Valdur novel or start something completely new, either fantasy or historical.

About The Guns of Ivrea:
A swashbuckling new sea-faring fantasy series begins! A gritty, thrilling epic that reads like a cross between Patrick O’Brian and George R.R. Martin, bringing together the tang of the sea and the taste of cold steel.

Acquel Galenus, former thief and now monk of no particular skill, indifferent scribe and even worse chorister, uncovers a terrible secret under the Great Temple at Livorna that could shiver the one faith to its core. A secret that could get him killed. A secret that could enable an older, more sinister form of worship to be reborn…

Pirate princeling Nicolo Danamis, mercenary to the King and captain of the largest fleet in the island kingdom of Valdur, has made one deal too many, and enemies are now closing in to destroy him.

And Citala, fair-haired and grey-skinned, the daughter of the chieftain of the Merfolk who inhabit the waters of Valdur, finds herself implacably drawn to the affairs of men. She puts events in motion that will end her people’s years of isolation but that could imperil their very existence…

All their fates will intertwine as they journey through duchies and free cities riven by political intrigue, religious fervour, and ancient hatreds. Alliances are being forged anew and after decades of wary peace, war is on the wind once again…