Fantasy A Q&A with Michael Boatman, author of Who Wants to be the Prince of Darkness?

A Q&A with Michael Boatman, author of Who Wants to be the Prince of Darkness? 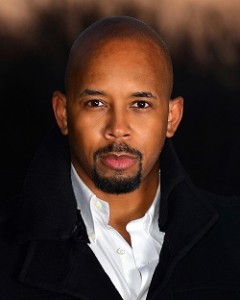 WWTBTPOD is the sequel to my novel, Last God Standing. In that story, the God of the Old Testament, tempted by his secret bff Lucifer, retires and incarnates into the mortal life of Lando Cooper; a struggling comedian still living with his parents. Prince of Darkness picks up the story twenty-five years later, when Lucifer, having lived his own mortal life, is facing the fallout from the events he set into motion: The fallen archangel Gabriel has claimed the Hell he abandoned, having united all the afterworlds from different religions to form a single, infernal nation called “The Nine Circles.” Desiring to expand the power of his new Hell in order to claim the Earth, Gabriel creates a reality-gameshow, ‘Who Wants to be the Prince of Darkness?’ The new Devil uses a devastating secret weapon to kidnap thousands of unsuspecting mortal souls and replace them with his “Lucky Legionnaires.” His army of upwardly mobile (but socially awkward) hellspawn creates havoc on Earth, which they claim as their grand prize after millennia of unfaithful service. The fully human Lucifer must find a way to rescue the kidnapped mortals and reclaim Hell. But to derail Gabriel’s Great Ascension, he needs a mortal champion: Enter the confident but tragically flawed Manray Mothershed… The World’s Hottest Self-help Guru.

Why do you think readers will your version of Lucifer?

Identity and belief are at the core of this story. If you accept the premise that humanity was created in the image of its various gods, you must also accept the possibility that those gods and devils struggle to define themselves against a backdrop of eternal change. I tried to dramatize a universal struggle in Manray’s quest to discover the meaning of his charmed life, even as he fights to save humanity (primarily his own). Manray is forced to ask the really big questions, like, “Who am I…really?” “Why is everything so screwed up?” and, “Who let the dogs out?” It turns out that even angels and disgraced deities struggle to answer these same questions, and Lucifer has some insight into these answers. But even he isn’t immune to them. After all…what is identity to a being who can travel through time, manipulate human souls and be anything he wants to be? And who does that entity become when he gives it all up, only to find himself forced to answer for the crimes of his more powerful self?

What kind of research did you do for the book? What is your writing process like? I’ve always loved mythology. I grew up reading about the Greeks, Norse, African and Asian pantheons, so I had a basic familiarity with most of the most loved stories. I also reread Dante’s Inferno, parts of The Bible and a lot of Native American creation stories in order to learn about all the visions of Hell and its many inhabitants. I incorporated elements from many traditions, all of whom have their own Devils and demons of different orders and castes. Writing a story like this involved months of sifting the internet in order to distill enough juicy details and tidbits to construct recognizable character traits for my characters. I normally “finish” a book in about a year, but this one was torturous. I desperately wanted to find an original take on my “Lucifer.” He’s such a popular character, but I had already committed him to certain behaviors in the first book, so bringing him twenty-five years along the same timeline was incredibly difficult. It took twice as long to write Who Wants to be the Prince of Darkness, writing every day, discarding hundreds of pages and misfires. (My hard drive is filled with those failed attempts…and the tracks of my tears.) But because of the identity questions I mentioned earlier, it was really important that Lucifer remain somewhat mysterious. I also wanted to explore the motivations behind a character universally regarded as the embodiment of “Evil.” How do you make such a character relatable? Even… likable?

Why SFF? What do you enjoy most about reading, and writing in the genre?

I love science-fiction, fantasy and horror because, as a writer, I can aim at difficult subject matter, like religion and politics, from a place of easy concealment. I think it’s easier to consider tough subjects if the reader feels mollified by the trappings of his or her favorite genre. You may be reading about a doomed spaceship and the machinations of its backstabbing multi-species crew, but the writer has constructed a penetrating discussion about race, politics and the distribution of resources. As a reader, I love nothing more than the “Wow” factor I find in speculative fiction: Big ideas, sweeping sagas and the potential of the human future, both good and bad.

Have you read any good books lately? Is there anything you’d recommend?

I just finished Stephen R. Donaldson’s The Last Dark. It’s the final installment of his Chronicles of Thomas Covenant books. I’ve loved them since I first read them back in high school. I recommend them to anyone who loves widescreen, modern epic fantasy with a dash of soul-grinding horror thrown in. I also love the R. Scott Bakker books in the Prince of Nothing and Aspect Emperor series.

I just finished my annual tramp through Robert Reed’s Great Ship books. I’m also obsessed with Sister Alice, Reed’s unbelievably mind-stretching story of a war between godlike human families, set millions of years in the future. I read it once a year and it still blows my mind. I’m currently reading Neal Asher’s recent release from his Polity series, Dark Intelligence. Loving it!

My first novel, The Red Wake, is soon to be released by David S. Niall, over at Crossroads Press. I also have a new collection of short stories with them. These days I’m thinking a lot about the mysteries of consciousness: What is it? Where did it come from? I’ve been considering Holographic and simulated universe theories…that kind of stuff. I’ll probably dive into those waters sooner rather than later. I’m also still convinced that I have a dark, adult superhero story to tell, although an editor friend advises against it. (I’m looking at you, Lee Harris!) And of course I’m mulling over a zombie novel. Look, I try to avoid writing about the “monster of the moment,” but if I wait for zombie mania to die down I’ll be too old to see my keyboard.

About Who Wants to be the Prince of Darkness?
Lucifer is enjoying his retirement in an obscure corner of Limbo when he learns of a plot by Gabriel, the current ruler of Hell, to use humanity’s greatest weapon against it – Television!

Cue the hottest reality game-show ever conceived: Who Wants To Be The Prince Of Darkness? Gabriel orchestrates an “Infernal takeover” of Earth by stealing unwitting mortal souls and sending them to a mostly empty Hell, hoping to reinvigorate the Infernal Realm.

Now Lucifer must find a living champion to seize control of Hell and free millions of stolen mortal souls before the theft becomes permanent. But who would ever want to be Hell’s champion?

File Under: Fantasy [ Down Among The Dead Men | Fifteen Minutes For Eternity | Damned If You Do | The Morningstar ]