Interviews Catching up with Will McIntosh, author of Burning Midnight (+ Giveaway)

Catching up with Will McIntosh, author of Burning Midnight (+ Giveaway) 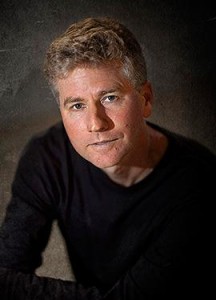 I really enjoyed Burning Midnight, so I’m thrilled that Will McIntosh answered a few of my questions about the book, and more! Please give him a warm welcome.

Thanks! I got the idea while thinking back on a time when I was twelve or thirteen, and my sister, a cousin, and I stumbled on a 60 year-old dump in the woods near our house. We spent the summer hunting for antique bottles, and built a collection of something like 200 that we displayed on the porch. Those great memories led me to want to create a story about hunting and discovering incredibly valuable things in the wild.

Burning Midnight is about mysterious colored spheres that are hidden all over the world, and if you have two of the same color they give you something. Easy-to-find colors might give you straighter, whiter teeth; rare colors might give you high intelligence, or physical strength. In the book, two teens find a sphere so rare no one knows what it does. But everyone wants it.

Why do you think readers will root for Sully and Hunter? What makes them compelling characters?

For starters, they’re both desperately poor. Hunter is homeless, and Sully and his mom are not much better off. I think that makes their search for that one big find more compelling. Sully is very much an everykid, earnest and kind, while Hunter is darker. She has a secret, it’s difficult for her to trust people. She’s hard on the outside, tough to get to know, but a dreamer on the inside. Most of the research I did concerned geography — New York City and the surrounding area. I grew up in the area, so I could picture it, but I had to think of how teens would get from one place to another, where they would hunt for spheres.

I learned a great deal about the old water towers that are on many roofs in NYC, which are central to the story. I had to learn how big they are, how many are in the city (10,000 to 15,000, believe it or not), how often they are cleaned, how deep the water is, and so on. I stumbled on an article about a water tower that was temporarily converted into a nightclub by a performance artist, and I incorporated that little nugget into Burning Midnight. I was also planning to blog about this cool water tower nightclub, until I discovered someone else already had–Neil Gaiman (http://neil-gaiman.tumblr.com/post/51113227042/water-tower-in-chelsea-manifests-a-secret-life). He’d actually been to it!

Tell us more about Alex Holliday and what makes him a good villain?

My British publicist sent me an interview for Alex Holliday to complete, which she’s sharing with British booksellers. Why don’t I provide an excerpt of that interview, and let Alex speak for himself…

What’s your favourite talent given to you by the spheres?

High Intelligence. No question. In ancient times the world belonged to the strong, the warriors. The modern world belongs to the smart. It is the ultimate currency, and anyone lacking that currency has no chance of success.

Where do you see yourself in five years?

In five years I will dominate the world sphere market. Hollidays is growing faster than any sphere company in the world, and I’m just getting started. Spheres will eventually become the base currency for the entire world economy. At that point Hollidays will effectively become the world bank. That’s when things will get interesting.

What made you decide to write a book for a younger audience?

Funny story. I was about a third of the way through the first draft of Burning Midnight before I discovered I was writing my first YA book. When I got to that point in the writing, I felt like there was something odd about the book. I didn’t know what, so I emailed my agent and told him I was going to have to rethink the book, because it was feeling too….I struggled to describe it…it felt almost like YA.

Seth, my agent, responded about ten seconds later. Write it as YA! I was pretty stunned by his reply. I wasn’t a YA writer. I didn’t know anything about writing YA. Of course, I read YA. I’d read Looking for Alaska, Dash and Lily’s Book of Dares, and The Hunger Games trilogy all in the past year. I decided to give it a shot, and I had a great time writing it.

For you, what makes a good story? Is there anything that will make you put a book down, unfinished?

I love books based on creative plots that don’t feel familiar to me. If I read the description and wish I’d thought of it first, that’s a book I want to read. At this point I’d say I put down three out of every four books before I finish. I’ve read a lot of books, and I don’t want to read books that I feel I’ve already read. The other deal killer is if the writing is bad, or the characters aren’t well-drawn.

Replay by Ken Grimwood. It’s about a guy who dies at forty, and wakes up in his body at eighteen with all of his memories intact. When he reaches forty, he dies again, and wakes up at eighteen again. Over and over and over. And then he discovers a woman who is going through the same thing. So, so wonderful.

Feed by M.T. Anderson. I’m catching up on the great YA novels of the past that I missed along the way, because I want a better sense of what’s come before.

I have another adult science fiction book coming out in October, from Tor. It’s called Faller, and it’s very strange. I also *may* have recently sold a Middle Grades book, but that’s unofficial. : ) I’m currently working on another YA book. I don’t want to give too much away, but it’s about lying. It’s about all the ways we’re lied to, all the lies we tell, and what would happen if no one could ever get away with a lie again. I’m also developing an outline for a screenplay. I’ve always wanted to write a screenplay.

About Burning Midnight:
For fans of The Maze Runner and The Fifth Wave, this debut YA novel from Hugo Award winner Will McIntosh pits four underprivileged teens against an evil billionaire in the race of a lifetime.

Sully is a sphere dealer at a flea market. It doesn’t pay much—Alex Holliday’s stores have muscled out most of the independent sellers—but it helps him and his mom make the rent.

No one knows where the brilliant-colored spheres came from. One day they were just there, hidden all over the earth like huge gemstones. Burn a pair and they make you a little better: an inch taller, skilled at math, better-looking. The rarer the sphere, the greater the improvement—and the more expensive the sphere.

When Sully meets Hunter, a girl with a natural talent for finding spheres, the two start searching together. One day they find a Gold—a color no one has ever seen. And when Alex Holliday learns what they have, he will go to any lengths, will use all of his wealth and power, to take it from them.

There’s no question the Gold is priceless, but what does it actually do? None of them is aware of it yet, but the fate of the world rests on this little golden orb. Because all the world fights over the spheres, but no one knows where they come from, what their powers are, or why they’re here.