Horror Catching up with Gemma Files, author of Experimental Film

Catching up with Gemma Files, author of Experimental Film 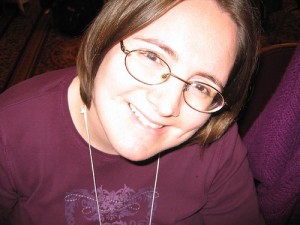 I made my living as a film reviewer for a little over nine years, as you probably already know, and taught film history for ten, so the idea of doing something about a “haunted” film is one I’ve had for most of my career. A few years back, this first expressed itself through “each thing I show you is a piece of my death,” a piece I co-wrote with my husband, Stephen J. Barringer, which was very much based on my experiences covering Toronto’s underground filmmaking community; it was originally published in Clockwork Phoenix 2 (ed. Mike Allen), then got nominated for a Shirley Jackson Award and ended up being reprinted in Ellen Datlow’s Best Horror of the Year Volume 2. Some of the characters from that story actually end up making cameos in Experimental Film. But I always knew I wanted to expand that particular mash-up of reality and fiction from a slightly different angle, one which would hopefully deepen readers’ knowledge of the perversely self-limited yet surprisingly inventive Canadian film world I’ve spent most of my life unpacking.

I was also thinking of various film-based horror novels I find inspiring, especially Ancient Images by Ramsey Campbell, which is explicitly about the search for a lost film that turns out to contain something unexpectedly malign, and Tim Lucas’s Throat Spockets, which is about the addictive thrill of finding a piece of art that encapsulates or builds on one’s own inherent fetishes and the itch-scratching need to re-view it again and again, only to find yourself being somehow deformed by it. One way or the other, the art of the cinema is inherently chimerical/alchemical, built as it is on the mysterious, almost supernatural process by which a rectangle of light projected onto a wall can become the window onto another world; watching any movie is a bit like dreaming someone else’s dream, which can’t help but lay you open to possession. So I started to make up the backstory—what the film in question would be and what it might have been made for, who might have made it and how, the fairytales, mythology and folk legends I wanted the film to be inspired by, various weird happenings and pseudo-historical documents, etc. That said, it was really hard to break into the actual narrative until I made a scary but strategically sound decision to base the foreground characters on myself, my family and friends.

Why do you think readers will connect with Lois Cairns? What did you enjoy most about writing her character?

Well, given that Lois Cairns is fairly explicitly based on me, that’s a bit of a loaded question. Granted, she’s not “me” per se—me at three in the morning on a really bad day, I’ve been telling people—but her worst qualities are certainly all ones I’m intimately familiar with: she’s selfish, angry, depressive, obsessive, holds grudges, has a hard time believing anyone could love her, deals with pressure ineptly, etc. The main way in which she’s not like me, meanwhile, is that she has nothing to fall back on after the one-two punch of losing her job(s) and getting her son’s Autism Spectrum Disorder diagnosis; I at least had a fifteen-year pattern of intermittent fiction sales to distract me, at that point, so while I did spend about a year being depressed and writing nothing but fanfiction, I was eventually able to get to place where I realized that this was the perfect opportunity to finally jump-start my novel-writing career. But Lois just goes down the rabbit hole, albeit crookedly rather than straight, and her growing obsession with identifying the filmmaker behind this sampled silver nitrate film she finds buried inside somebody else’s work is the way she holds onto her sense of self in the face of horrible guilt and anger plus a crushing feeling she’s let everybody down, her son very much included. I’m hoping that people can identify with some of that, and that even if they don’t “like” her, they’ll at least find her interesting.

As to what I enjoyed best about writing her…Lois is fairly funny, in a pitch-black, snarky sort of way, and her bad behaviour is just slightly worse than my own, so I can feel okay about allowing her to indulge in it. Whatever else you can say of her, she’s also really smart, and the only shit she takes is the kind she gives herself. I like the way she won’t back down, even when it’s pretty much the only practical option, but also the way she refuses to cut herself any slack. Hallucinations and hysterical blindness aside, she’s the absolute opposite of an unreliable narrator, which I like.

What supporting character(s) did you particularly enjoy writing about?

Safie Hewsen, Lois’s former student turned research assistant, is a fun character to inhabit—really level-headed and well-adjusted, skeptical but not closed off, because she approaches the idea of the supernatural through the lens of her beloved grandfather’s Yezidi faith, part of which states that the universe is full of small gods who are constantly trying to seize power from the true Creator. She’s also a big believer in free will, which I like, since it’s not only the foundation of enlightened rationalism, but possibly the only real weapon us frail humans can possibly wield against gods and monsters.

Writing about Lois’s husband Simon, her son Clark and her Mom was harder, obviously, not only because they’re versions of the people I love most in the world, but because I had to push the dysfunction and drama somewhat in order to make them into good story-components. Clark, for example, is very much the way my son used to be, though the echolalia and compulsion hasn’t exactly disappeared, and never will—he’s just far better at self-regulation and now knows that connecting with other people is a good thing that can be fun, which makes all the difference. Still, I went into it feeling that what I really didn’t want was to play out that classic stupid narrative where you get enmeshed in something and your significant other just can’t understand why you’re doing what you’re doing and keeps getting in the way, delivering ultimatums, etc.—I call it “But who CARES who killed JFK? You could lose your job!” syndrome. I never wanted Simon to be the male equivalent of that sort of ridiculous nagging wife trope, and I think I managed it okay, since at least one male reviewer recently remarked that he thought Simon comes off as “whipped.”

Lois’s opinions are basically mine, taken from lectures I used to give during my Canadian Film History classes, as are many of the facts she quotes about the Canadian system, experimental film in general, and the Toronto indie film scene. In terms of the historical components, I made sure to root the mysterious Mrs A. Macalla Whitcomb—creator of the movie Lois becomes determined to decode—in the Lake of the North region of Ontario, which I made up for my previous book, We Will All Go Down Together: Stories of the Five-Family Coven. Nevertheless, I was forced to do supplemental research into silver nitrate film production, Wendish culture, Slavic mythology, Yezidism, Millennial religious cults, Fin de Siecle Decadent art and a bunch of other stuff, basically as needed. Throughout, I tried to think of these things as prompts rather than allowing myself to be completely shackled by them, spinning “faction” at will out of a big pile of crunchy details and apologizing in advance for any liberties taken…pretty much what I usually do, in other words.

It’s been a while since we caught up. Have you read any good books lately? Is there anything you’d recommend?

I’ve been visiting my Dad in Tasmania for the last month, which means I’m away from my usual book-pile, but I’ve also been able to visit a great store in Hobart called Cracked & Spineless (Google it), which means I picked up a crap-load of new/used books. Finally got the Valancourt re-issue of Bernard Taylor’s classic ghost story Sweetheart, Sweetheart, for example, with an intro by my friend Michael Rowe, as well as John Gay’s Little Sister Death, an amazing “trunk book” they found after he died that’s a bit of a meditation on the Bell Witch haunting. It’s stark and creepy and beautiful in the extreme, though it doesn’t really end, it just stops. On my way down here I also read two instalments of Imogen Robertson’s Crowther and Westerman mystery series (Instruments of Darkness and Island of Bones), about a cranky old Georgian naturalist who does proto-forensic investigation and his smart, blunt best friend, a sea captain’s widow. I love everything about them, but definitely the fact that much like the original Dr Watson, Mrs Westerman is most often the one who whips out a pistol in defense of Mr Crowther, who’s too engrossed in his studies to notice he’s being threatened.

The Expanse series by James S.A. Corey, mainly because I started watching the series adaptation on the Space Channel, which is Canada’s version of SyFy. I began with the second book, which is heavy on my favourite character, snappy old political grandma Chrisjen Aversarala (played on the show by Shoreh Aghdashloo, who doesn’t get to swear quite as much as the original, but should). It’s really fine space opera, rooted—so far as I can tell—in genuine science, but pulpy and fun nevertheless.

At the moment I’ve got some anthology fills to complete, including a novella for Dim Shores, but I’m also doing a lot of work on what will hopefully become my next novel. All I can say right now is that it’s about poison.

About Experimental Film:
Lois’s headlong quest to discover the truth about the disappearance of Mrs. Whitcomb almost immediately begins to send her much further than she ever wanted to go, revealing increasingly troubling links between her subject’s life and her own. Slowly but surely, the malign influence of Mrs Whitcomb’s muse creeps into every aspect of Lois’s life, placing her son in danger.