Interviews Catching up with Tawni O’Dell, author of Angels Burning

Catching up with Tawni O’Dell, author of Angels Burning 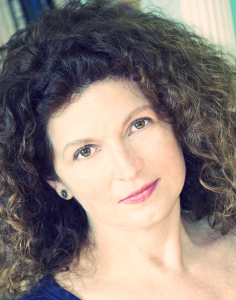 Angels Burning is about Dove Carnahan, a small town police chief who’s own traumatic backstory comes to the surface as she’s faced with solving the murder of a teenage girl who’s been found beaten to death, lit on fire, and tossed down a sinkhole in the abandoned coal town of Campbell’s Run. When the girl is identified as a member of the Truly family, a dynasty of redneck irascibility and petty criminals, Dove finds herself getting too close for comfort with the notorious tribe. The plot thickens with the return of her long lost brother with a young son she never knew existed, and the release from prison of her mother’s killer who approaches her with a startling accusation and a chilling threat.

My inspiration for this novel was twofold. I’ve always loved crime suspense novels and decided I wanted to try and write one, to try and combine the small town characters I’m known for and their regular workaday lives with the dramatic plot twists and turns and psychological intensity of the genre. And I just turned fifty and for the first time in my life, I found myself wanting to write about a character closer to me, experiencing the same obstacles, discoveries, disappointments, joys, and frustrations I’m encountering now.

Why do you think readers will connect with Dove Carnahan? What did you enjoy most about writing her character?

Dove is a good person who truly cares about others and tries to do her best to protect and serve but she’s deeply flawed and plagued by demons from her past. She speaks her mind. She practices promiscuous monogamy. She plays by the rules until the rules clash with her goals then she manipulates them but somehow doesn’t entirely break them. She’s far from perfect yet someone you definitely want to have on your side. I think readers will admire her and pull for her but will also question some of her choices and might even find themselves appalled by her at times. I enjoyed writing her for the same reason I think readers will connect with her. She’s a complicated, entertaining, very real flesh and blood character who keeps you on your toes yet makes you feel comfortable. You never know what she’s going to do or say next but after she does, you realize you’re not surprised because you’ve already come to think of her like an old friend.

What supporting character(s) did you particularly enjoy writing about?

Dove’s equally troubled sister, Neely, a reclusive dog trainer who hides her good looks under a K-9 unit ball cap and isolates herself in her training compound with a pack of German shepherds. State Police detective, Corporal Nolan Greely, a long time colleague and occasional hook-up Dove describes as “a bully with a conscience.” And various members of the Truly family including the formidable matriarch, Miranda; her couch-ensconced, strangely uninvolved daughter-in-law Shawna, mother of the murdered girl; and the hyper-fueled antics of uncontrollable, potty-mouthed eight-year-old Derk.

What kind of research did you do for the book? What is your writing process like?

I didn’t do any research other than checking the authenticity of the technical aspects of the police work with cops I know including my sister. My writing process is simply trying to get as much time in front of my computer as possible. Writing is hard work. Of course it takes a tremendous amount of creativity but it also takes an equal amount of focus and discipline. I might not be able to force myself to come up with the ideas I need at the exact moment I need them but I can force myself to sit down and concentrate and this usually leads to some kind of forward momentum with the story.

It’s been a while since we caught up. Have you read any good books lately? Is there anything you’d recommend?

The Needle; Francis King. A brilliant, tension-filled thriller told in deadpan about a man’s nasty secretive other-life. Loved it!

The Goldfinch; Donna Tartt. What an amazing, amazing writer and what a story. Unfortunately, I found it so depressing I had to keep putting it down. But I always came back.

The Dinner; Herman Koch. An unreliable narrator is one of my favorite literary devices and Herman Koch is a master at it. As a matter of fact, the less you trust his character, Paul, the more you want to hear what he has to say.

What’s next for you in the new year?

I’m hard at work finishing up the next Dove Carnahan novel, Losing Daylight.

About Angels Burning:
From the New York Times bestselling author of the Oprah Book Club pick Back Roads comes this fast-paced literary thriller about a small town police chief who’s forced to dig into her own shadowy past as she investigates the murder of a teenage girl.

On the surface, Chief Dove Carnahan is a true trailblazer who would do anything to protect the rural Pennsylvanian countryside where she has lived all fifty of her years. Traditional and proud of her blue-collar sensibilities, Dove is loved by her community. But beneath her badge lies a dark and self-destructive streak, fed by a secret she has kept since she was sixteen.

When a girl is beaten to death, her body tossed down a fiery sinkhole in an abandoned coal town, Dove is faced with solving the worst crime of her law enforcement career. She identifies the girl as a daughter of the Truly family, a notoriously irascible dynasty of rednecks and petty criminals.

During her investigation, the man convicted of killing Dove’s mother years earlier is released from prison. Still proclaiming his innocence, he approaches Dove with a startling accusation and a chilling threat that forces her to face the parallels between her own family’s trauma and that of the Trulys.

With countless accolades to her credit, author Tawni O’Dell writes with the “fearless insights” (The New York Times Book Review) she brought to the page in Back Roads and One of Us. In this new, masterfully told psychological thriller, the past and present collide to reveal the extent some will go to escape their fate, and in turn, the crimes committed to push them back to where they began.