Interviews An interview with Scott Allan Morrison, author of Terms of Use

An interview with Scott Allan Morrison, author of Terms of Use 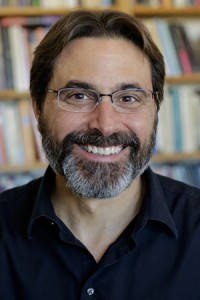 Terms of Use is a thriller that explores the dark side of social media, where big Internet companies use our data to analyze and manipulate our thoughts and actions. It speaks to Americans’ growing anxiety over data privacy and the rise of social engineering. After reporting on Silicon Valley for almost a decade, it was pretty clear to me that tech companies of all stripes have a huge amount of power, all of it derived from their ability to amass and analyze our data. This capability can certainly be a force for good, but it can also be very dangerous in the hands of people with the wrong motives. Terms of Use began as a thought exercise – what harm could someone really do? – which then expanded into an exciting novel.

I had a bit of a head start since I covered this beat for so long. But then I did a ton of interviews with Silicon Valley coders, network architects, security experts, IT consultants, entrepreneurs and even a venture capitalist. I wanted to make sure I got all the scenarios and details as close to right as possible. I also used them as a sounding board to make sure I wasn’t being too paranoid. Turns out they were all asking the same questions and wondering where we are headed. I also interviewed a doctor and quite a few law enforcement officers who helped me with terms, procedures and tactics. They all told me some amazing stories, several of which are in Terms of Use. You have a background in journalism, but have you always wanted to write fiction?

Not really. I started my first book about 25 years ago. It was a travel book about my time in China, but I didn’t yet have the intellectual and emotional stamina required to finish a book. I chose fiction for Terms of Use because I wanted to bring this issue to life in an exciting — and at times chilling — read.

I wrote a ton of book reports and the like throughout my school years but I can’t remember a single one of them. I guess I’ve written too many news stories since.

Hard to say because I appreciate so many different styles. Hemingway. Grisham. King. Irving. Wolfe. Garcia Marquez. The list goes on. But when it comes to the pace and structure of Terms of Use, I give the nod to Dan Brown.

One Hundred Years of Solitude. It carried me away like no other book has.

I’ve temporarily stopped reading. But when I start up again, I need to finish Who Owns the Future? by Jaron Lanier and then pick up Flash Boys by Michael Lewis.

I have five ideas for the next novel floating around in my head. Too many choices!

About Terms of Use:
Circles is the most popular social network in the world: vast, ubiquitous, and constantly evolving. Days before expanding into China, Circles suffers a devastating cyberattack—and a key executive is brutally murdered.

As he fights to save the company he helped build, top engineer Sergio Mansour uncovers evidence of a massive conspiracy that turns the power of Circles against its users. But as Sergio investigates, someone is watching his every move—someone ruthless enough to brand him a criminal and set a vicious hit man on his trail.

Desperate to clear his name, Sergio turns to Malina Olson, a beautiful and headstrong doctor who has an agenda of her own. Now, he and Malina must survive long enough to expose the truth in a world without hiding places, where a single keystroke can shift the global balance of power.