Uncategorized An interview with Nick Stone, author of The Verdict

An interview with Nick Stone, author of The Verdict 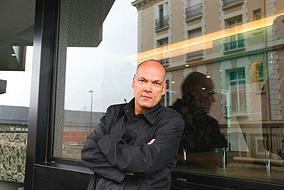 You write what you know. Fiction is experience on steroids. Either side of landing my first book contract (for my debut Mr Clarinet) in 2004, I worked as a legal clerk. I worked murder trials for the defence at The Old Bailey. I got to see the legal process from the trenches. And I talked to everyone, apart from the jury (which is illegal): prosecution, cops, criminals, prison wardens, private security.

I wanted to write a British legal thriller after Mr Clarinet. In fact, my initial career plan (insofar as I had one) was to write one book set in the Caribbean, and one set in London – so alternate between noir and legal thrillers – basically an Anglo-Caribbean take on what Michael Connelly is currently doing. My publisher at the time wanted a Max Mingus series to establish me as a “brand,” so The Verdict went on the back boiler.

While I was working at court, I ran into an old friend I hadn’t seen in a decade. Back when we were both teenagers, he was way ahead of the curve, quite unlike anyone I’d ever met before. Everything he did was steeped in otherworldly cool. He listened to music very few people liked at the time, read books by writers I’d never heard of, was into films it would never occur to me to see. We bonded (loosely) over Lou Reed, Nick Cave and The Fall, our only commonalities.

He was one of the few people I’ve met who, I felt, could quite literally have turned his hand to anything creative and it would have been groundbreaking.

We lost touch, as people do. When I met him again, it was right after my publishing deal. We went for a drink and got talking. What did we talk about? Families, houses, his job—and he kept on going on about driving a Merc. I seriously thought my old friend’s body had been hijacked by aliens from Planet Bland-O. As we parted ways, never to meet again, he said:

Very sad, I think. Where did all that potential go? What happened? And what does happen to youthful promise?

What makes Terry Flynt such a compelling character?

Terry Flynt is a contradiction. On the outside, Terry appears to be a very conservative chap – loves his family, dotes on his kids and is a teetotaler. And yet, get him on his own, and he’s harboring an almost pathological hatred towards a former friend. He still pines for his first love who dumped him. He’s losing a war of wills with a vile work colleague. He’s passive-aggressive. And he consistently breaks the law he’s meant to uphold. But, I think, he’s very funny with it.

Why do you think readers will root for him?

Terry is a loser in turnaround. He’s been his own worst enemy, someone who’s gotten in his own way. When he was younger he had an opportunity to better himself and didn’t realize what he had until it was long gone. He gets a second chance, but it comes at a price.

I sat in a few courtrooms to remind myself of the language and the procedure.

And I also wrote parts of The Verdict in a local pub called The Falcon. I’d go there at 10 in the morning with my notebooks, order pots of tea and sit there surrounded by the regulars – old timers who literally drank all day. I was quite fascinated by how they’d all come in at the same time day in day out and stand at the bar drinking all day without saying a word to each other. I never saw any of them drunk. After three months, one of them asked me what I was doing, writing all the time. “It’s a letter to my mother.”

I’ve wanted to be a writer since I was 12. I’ve never really wanted to do anything else with my life, apart from maybe being a professional boxer. (I pursued boxing quite seriously at amateur level in my teens until I got into Cambridge University. My trainer took me to one side and told me he wasn’t going to train anymore because “all boxers get a little bit brain damaged, and you’ll be using your brain more than your fists from now on, son …”. I was devastated at the time, but he was right. I wasn’t even that good a fighter anyway.)

My background is this: Born to Scottish-Haitian parents in Cambridge, England 1966. My father is from Glasgow, my mother from Haiti.

I was born in England, but was taken to Haiti to live with my grandparents when I was six months old. I didn’t see my parents again until I was 4 and got taken back to England.

I have a younger brother, Seb, who is severely autistic. He can’t talk. We’re very close and always have been.
My parents broke up in 1975. The divorce was one of those bitter, scorched earth ones, except there was a Kafkaesque twist to it too, because my father and mother ended up in litigation for the next 27 years.

My paternal grandfather was a lawyer in Glasgow. When World War 2 broke out, he joined the RAF. He was a well-liked, well-respected officer. He died in action. I’ve got a photograph of him hanging in my study. We look very alike. We have the same fixed stare.

I gave up after the third chapter, which pretty much set the pace for everything I wrote. I’d start, go like the clappers for the first 180 pages and then stop.

This happened for the last time with the first draft of Mr Clarinet. I started that in 1999. It was all going swimmingly until I met my future wife that May. I had a choice between staying in and writing my first novel or going out and falling in love. Love won out. World domination could wait. (And it’s still waiting … somewhere).

The first ‘adult’ books I ever seriously got into were crime novels. I read all of Ed McBain’s 13th Precinct novels when I was 12/13.

I then started reading literary fiction and decided I wanted to be a literary writer. Martin Amis was all the rage then, the coolest living writer (then – this was the time of Money, The Moronic Inferno and London Fields).

I started finding my way back to crime/noir/thrillers/suspense after reading Paul Auster’s New York Trilogy. But the real Damascene moment happened on the train to work, in 1994. A colleague told me about a reading he’d been to at the late lamented Murder One bookshop in Charing Cross Road, given by an outrageous, bonkers American crime writer who autographed his books with drawings of penises. Now I thought this sounded pretty rubbish and juvenile, but I liked my colleague (Eric) a lot and humored him.

“What’s Dickman’s name?”
“James Ellroy.”
“What’s his best book?”
“The Black Dahlia. Buy it, read it and have your snobby mind blown.”

And I did buy it, the same day, and I did get my snobby mind blown. Completely.

The Black Dahlia reset my thinking about the crime novel and its possibilities. Which are, frankly, limitless.

What do you enjoy most about writing, and reading, in the genre?

Writing is escapism. Or the safest, cheapest legal way to get out of your head.

I like ambitious thrillers and writers who aren’t afraid to push the envelope. Style is hugely important to me. The words have to compliment the story.

As I said, James Ellroy made me turn to crime, so to speak. Everything from The Black Dahlia to My Dark Places is pretty much indispensable.

Gone Girl by Gilllian Flynn, the greatest thriller of the 21st century. The twist made me fall out of my chair. Twice.

I always have two or three books on the go at the same time, a mix of fact and fiction. At the moment I’m half way through the first volume of Niall Ferguson’s Henry Kissinger biography. Fascinating stuff. Ferguson paints a sympathetic but balanced portrait of a flawed character history has refused to redeem, in part because his detractors have been brilliant writers. Kissinger is also as quotable as Nietzsche.

Lastly, I’m reading Michel Bussi’s After The Crash. There are some quite brilliant French thriller writers, the majority unknown outside their native land. Shame.

I’m in the process of writing a follow-up to The Verdict. So, another London legal thriller. Terry Flynt reappears, but he’s a supporting character this time, seen through the eyes of a different protagonist.

The Verdict has also been optioned as a UK TV series. Early days yet, but it’s moving along in the right direction.

And Mr Clarinet and King of Swords have also been optioned as a US TV series.

About The Verdict:
When Terry Flynt gets the chance to defend a millionaire accused of murder he knows that the case could make his career, but the accused man is Flynt’s greatest enemy―can he defend a man who ruined his life?

Terry Flynt is a struggling legal clerk, desperately trying to get promoted. And then he is given the biggest opportunity of his career: to help defend a millionaire accused of murdering a woman in his hotel suite.

The only problem is that the accused man, Vernon James, turns out to be not only someone he knows, but someone he loathes. This case could potentially make Terry’s career, but how can he defend a former friend who betrayed him so badly?

With the trial date looming, Terry delves deeper into Vernon’s life and is forced to confront secrets from their shared past that could have devastating consequences for them both. For years he has wanted to witness Vernon’s downfall, but with so much at stake, how can Terry be sure that he is guilty? And what choices must he make to ensure that justice is done?