Fantasy An interview with Megan E. O’Keefe, author of Steal the Sky

An interview with Megan E. O’Keefe, author of Steal the Sky 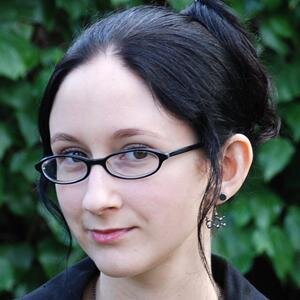 Steal the Sky is a fantasy adventure about two conmen trying to pull off the heist of an airship, and mucking things up by blundering into a political upheaval. It has steampunk aesthetics, a killing landscape, and bees as big as your fist. It was a book I wrote as a wild experiment at the time, purely for fun and to entertain myself. Then I realized I loved what I’d written, and sat down to shape it up into something other people might love, too.

What makes Detan such a compelling character? Why do you think readers will root for him?

Detan is quick with a quip and doggedly determined, chasing down what he wants while being able to adjust his plans on the fly when they inevitably go awry. Though he’s a conman and more than willing to take advantage of those he feels deserve his illicit attentions, he draws the line at hurting innocents. His scams are, generally, directed at what he perceives to be injustice.

The world of Steal the Sky, and the Scorched Continent especially, is heavily reliant upon its access to the firemounts which produce the gas that elevates their airships. This means I had to do quite a bit of digging into geology, and just how these volcanoes (and the continent riddled with them) would come to be. The presence of airships also meant I had to do quite a bit of research regarding how to make my ships have sufficient lift, be able to steer, and also maintain propulsion. As for my writing process, Steal the Sky actually took a different path than usual for me. Normally I do quite a bit of world and character-building ahead of time, and have an outline in place, but the first (very rough) draft of Steal was written in one quick, seat-of-the-pants burst that took only about three weeks.

Writing has always been a part of my life, but I’m not sure I ever thought “I want to be a writer” until recent years. My mom was an award-winning journalist for over twenty years, and later became an English teacher, so I was always around writing and story-crafting, but primarily from a non-fiction point of view. I came by SF&F via role-playing games, such as Dungeons and Dragons and White Wolf Games. While I really enjoyed dungeon mastering and adventuring, it wasn’t until much later that I considered branching out to write my own complete tales. The impetus for that was listening to the Writing Excuses podcast, which made the idea of being a writer feel much more attainable than it ever had before.

When I was a little kid – I can’t quite remember how old – I got my hands on a “newsletter” making kit. It had a glossy broadsheet with lines to write stories on, and boxes to draw pictures in. I didn’t want to muck up the original, so I took it to my mom’s office (at the newspaper) and asked to make copies. The staff was pretty amused by this, and let me print up a whole stack. I hung out in the conference room while mom worked and wrote up a newsletter that chronicled the adventures of the cats that lived in my neighborhood, complete with drawings. Then I took it door-to-door and handed it out to my poor, confused neighbors.

Why SFF? What do you enjoy most about writing, and reading, in the genre? What made you decide to add steampunk elements to the story?

I love the inventiveness. The strange new worlds, and all the people in them. I love that, with SF&F, we can take aspects of our own societies and disentangle them from our cultural baggage, reframing them anew to help us examine them with fresh eyes.

As for adding steampunk elements to Steal the Sky, I wanted to infuse the story with the spirit of inventiveness that’s so prevalent in steampunk literature. The aesthetics of the genre appeal to me, but it’s that just-on-the-verge of a great discovery feeling that I think adds a dash of energy to any setting.

I’m terrible at picking favorites; I want to pick them all! Patricia A McKillip is a long time favorite of mine, as are Terry Pratchett and Connie Willis. Outside of genre I’m a huge fan of PG Wodehouse and Cormac McCarthy, who are, naturally, nothing alike. I deeply admire Robert Jackson Bennett for his prose and genre blending, and Courtney Schafer for her sense of fun and experimentation. I could really go on all day about my favorites.

Irving Stone’s The Agony and the Ecstasy. It is a historical fiction novel depicting the life of Michelangelo Buonarroti, focusing primarily on his time in Florence during the reign of the de’ Medici. It’s been years since I’ve read it, but Stone’s ability to express the tangled relationship between passion for art and life captured my imagination so strongly that I traveled to Florence shortly after finishing the book.

Next on the list is finishing up revisions for Book Two, and diving into the draft of Book Three. I have a few side projects set to simmer as well, and hope to be able to talk about them a little more by the end of year.

About Steal the Sky:
Detan Honding, a wanted conman of noble birth and ignoble tongue, has found himself in the oasis city of Aransa. He and his trusted companion Tibs may have pulled off one too many cons against the city’s elite and need to make a quick escape. They set their sights on their biggest heist yet – the gorgeous airship of the exiled commodore Thratia.

But in the middle of his scheme, a face changer known as a doppel starts murdering key members of Aransa’s government. The sudden paranoia makes Detan’s plans of stealing Thratia’s ship that much harder. And with this sudden power vacuum, Thratia can solidify her power and wreak havoc against the Empire. But the doppel isn’t working for Thratia and has her own intentions. Did Detan accidentally walk into a revolution and a crusade? He has to be careful – there’s a reason most people think he’s dead. And if his dangerous secret gets revealed, he has a lot more to worry about than a stolen airship.

File Under: Fantasy [ Sky Heist | Doppel Vision | Knives Out | Up Up and Away ]