Fantasy An interview with Mark A. Latham, author of The Lazarus Gate

An interview with Mark A. Latham, author of The Lazarus Gate 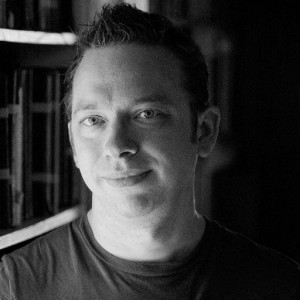 Thanks! It’s certainly been a long road to publication, which I think is the usual deal with debut novels, so it’s a great relief to finally see it in print.

I’ve really been thinking about writing something Victorian since I was a kid. I’ve always loved Victorian and Edwardian books and film. While most pre-teens were reading comic books, I was engrossed in the Fontana Book of Ghost Stories and scaring myself silly with William Hope Hodgson tales. I was obsessed with Jeremy Brett’s Sherlock Holmes in my teens, and equally as obsessed with Ripper Street in my thirties! I’ve also got a long history with SF, fantasy, and horror, so that was just a huge melting pot of influences. When I seriously sat down to start planning the book, I just wanted to write the story that I’d want to read. It had to hit those investigative notes of Sherlock Holmes, plus the adventure notes of Allan Quartermain tales, and the ‘hard SF’ side of Victorian literature (as opposed to the fantastical SF seen in Steampunk) as seen in HG Wells’ stories. But more than any of that it had to include elements of the Gothic, because I’ve always loved Victorian horror and ghost stories more than anything else. You’ll probably see a bit of Dracula and Fu Manchu in the character of the Artist in the book, and that’s wholly intentional.

Why do you think readers will root for Captain John Hardwick? What makes him a compelling character? When I made the decision to write the book in the first person, I knew straight away that I wasn’t going to make him whiter than white. John Hardwick is a man with serious troubles – a difficult childhood, an opium addiction inflicted on him by torturers in Burma, and a slightly paranoid outlook that is often wholly justified. There’s a bit of an unreliable narrator about him, although I’m by no means pulling a Henry James with this book. John is defined by his flaws, I think, but he’s also an optimist. He’s open to new ideas, he’s pragmatic, and he really wants to trust people. His investigative nature is what drives him on in the early stages of the book, and the fact that he’s really new to the world of intrigue and villainy makes him an honest character who has the role of the spy thrust upon him. I think we can feel his pain, and he can in turn help us to make sense of what’s going on around him, because he’s looking at it from the standpoint of an absolute novice.

I’ve lived and breathed Victorian literature and history for a long time. I read 19th century social history books for fun, something that was instilled in me at university. My collection of period novels, maps and history books numbers around 170 volumes at the last count. I call it my Victorian Google. I’d say I read almost exclusively period fiction, or fiction set in late 1800s, during the writing of The Lazarus Gate. I’m also a big advocate of visiting locations that I use in my stories, so I did a fair bit of footslogging around London with a 1900 Baedeker in hand!

My aim with the novel was to have it appear for the first half like a historical story, full of ‘authentic’ period detail, and stylistically believable. You could feasibly look up the people and places in the book and a lot of them would be real, and the details you’d find should fit the narrative (fingers crossed). Then the story turns on a sixpence and the SF and horror comes into play – I love that almost transreal genre-twist.

Have you always wanted to be a writer? Can you tell me a bit about your journey?

Actually yes, although I steered away from it for a long time and took the editing path instead. I always loved books and reading, and from the earliest age had a go at writing bits and pieces myself, though it never seemed like the kind of thing a kid from my background would do for a serious living. When I left uni I got a job as a junior copywriter Games Workshop, and that really opened my mind to the possibility of doing something more creative. I trained to be an editor, worked on lots of cool SFF projects in the tabletop and historical gaming industries, and even did a bit of freelance for roleplaying games. I intended to stay for maybe five years and then travel south to maybe work on more mainstream magazines, but I ended up staying there for 14 years! Ultimately it was being in a design studio environment with so many zany, creative people that made me believe I should stop ‘looking for the next thing’ and follow the dream. I wrote The Lazarus Gate in my spare time, taking almost two years over it. When it was done and sold, I took that as a sign, left my job, and became a full time writer. It’s way harder than I expected, lonely at times, and the money sucks – but it’s good for the soul, and I can’t imagine doing anything else now!

What’s one of the first things you remember writing?

Oh god, a short story at high school I think. A fantasy story – classic Robert E Howard swords-and-sandals stuff because I’d just discovered fantasy roleplaying and was mad about Conan the Barbarian. I found it many years later and it made me cringe that I’d allowed anyone else to read it. The first thing I ever wrote professionally was a 200-word piece of copy about Aragorn from the Lord of the Rings movies, but from tiny acorns and all that…

How could it be anything else? I read fantastical stories from the moment I could read. When the kids at primary school were reading Spot the Dog, I was getting my mum to teach me to read the Magic Faraway Tree. When the kids at high school only cared about football magazines, I was reading Stephen King and HG Wells and Dean R Koontz. I used to get lost in books; I really believe that old adage that you’ll never be lonely as long as you’ve got a good book to read. I studied literature for years, but the only things that ever really grabbed my imagination were the more fantastical works on the curriculum. For every Anne Tyler there was a Thomas Pynchon or Colson Whitehead. For every Thomas Hardy there was a Bram Stoker or Mary Shelley, and I was glad of it. Speculative fiction always leaves me asking more questions about the human condition than novels about the human condition do – that’s weird, right? I think it’s escapism, plain and simple – I can be the everyman every second of every day, but sometimes I want to peel back the curtain and find a world where I can be superman, and take my readers there.

What are a few of your favorite books and authors?

I’ve namedropped a few already, but there are some that I always come back to. Wuthering Heights is my favourite book of all time. Bram Stoker’s Dracula was a huge influence on my work, and I’ve read it at least half a dozen times. Susan Hill’s The Woman in Black, and any of the MR James ghost stories that inspired it, largely because they’re masterclasses in suggestion and atmosphere rather than gore and sensationalism. William Hope Hodgson is fantastic, as is Walter de la Mare – anyone looking to write supernatural fiction should read their short stories. HG Wells’ The Time Machine is, I think, still incredibly accessible to the modern reader. Recently I’ve been reading Neil Gaiman, Sarah Pinborough, David Pirie, Kim Newman and Adam Nevill – quite a diverse bunch!

None of the above actually, but a fairly innocuous parallel words/ horror book that I read as a teenager. The Talisman, by Stephen King and Peter Straub, inspired such a sense of awe and wonder in me as a teenager, and such a bittersweet feeling when it ended – everything a good book should do. Thinking about it, that probably was the book that sparked a fascination with multiverse stories. I daren’t read it again in case it’s not as good, and I haven’t read the new(ish) sequel in case it ruins the nostalgic view I have of the original – but I really should!

Adam Nevill’s latest, No One Gets out Alive, because I love a good horror story. After that I have a long pile of books, top of which is Ishiguro’s The Buried Giant.

The Lazarus Gate has changed my working life, that’s for sure! There are two more books in the series, and I’m about two thirds of the way through the second of them. Interspersed with those I’m signed up to write two Sherlock Holmes novels and a short story for Titan, and on top of that I’m doing some tabletop games design and a bit of RPG editing, so I’m nothing if not busy right now!

About The Lazarus Gate:
London, 1890. Captain John Hardwick, an embittered army veteran and opium addict, is released from captivity in Burma and returns home, only to be recruited by a mysterious gentlemen’s club to combat a supernatural threat to the British Empire.

This is the tale of a secret war between parallel universes, between reality and the supernatural; a war waged relentlessly by an elite group of agents; unsung heroes, whose efforts can never be acknowledged, but by whose sacrifice we are all kept safe.