Interviews Catching up with John Dixon, author of Devil’s Pocket

Catching up with John Dixon, author of Devil’s Pocket 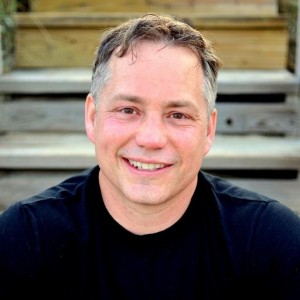 I loved Phoenix Island and Devil’s Pocket, and I’m thrilled to have John Dixon on the blog to talk about the series, and more! Please give him a warm welcome!

Also, we have a copy of Devil’s Pocket to give away to one lucky winner, so be sure to enter to win using the widget below the post!
****************
Ok, whew, just finished up Devil’s Pocket and wow. So good. I thought the setting for Phoenix Island was awesome, but the site of the Funeral Games is pretty fantastic. For those that haven’t read the book, will you tell us a little about the Funeral Games and The Few?

Thanks! I had a lot of fun with that setting, and when people ask what the book’s about, I say, “A fighting tournament in a volcano,” meaning, of course, the Funeral Games.

The Funeral Games of ancient Greece arguably birthed organized boxing, the Olympics, and Rome’s gladiatorial spectacles. In Devil’s Pocket, a secret society of incredibly wealthy oligarchs, The Few, have maintained the Funeral Games as their personal blood sport. Every year, they develop a new, top-secret location, invite the toughest underground fighters from around the world, and award ten million dollars to the champions. This year, the Funeral Games are held somewhere between Tierra del Fuego and Antarctica, in a volcano that’s been transformed into high tech facility that combines aspects of a gladiatorial arena with the luxury of a five-star hotel. Wearing golden masks, The Few watch from the brutal competition from the comfort of a gilded opera box halfway up the shaft of the volcano.

To save his friends and topple Phoenix Force, Carl must win the Games, but with his hands wrapped in deadly leather cesti, how can he win without killing?

Carl has been through so much. Was it easier writing Devil’s Pocket now that you had his backstory fleshed out, or did it come with new challenges? Writing Devil’s Pocket was actually more difficult. Carl was always real to me. A year or two before I even started Phoenix Island, I sat down to write one day, and WHAM – 18 pages later, there was Carl and his entire back story. On Phoenix Island, he was an underdog fighting against overwhelming odds. It was fun, cooking up twists and forcing Carl to be incredibly resourceful. In Devil’s Pocket, Carl is already a technologically-augmented super soldier, so to maintain tension and encourage character development, I needed him to face bigger challenges – both externally and internally – than ever before.

Carl has a chip implanted that makes him stronger and faster, among other things. Will you tell us a little about the science behind that?

The science in my books is blurry at best, but it was triggered by real science and buoyed up by current scientific aspirations. On Phoenix Island, Carl received performance enhancing drugs and a “blood virus” that improves healing and endurance. Additionally, a neural implant orchestrates thousands of connected microchips throughout his body, maximizing many of his physical processes. Most significantly, he’s able to process and respond to stimuli with superhuman speed, providing a cascade of benefits, from lightning-quick counterpunches to high-definition awareness that leads effectively to a photographic memory.

I’m very thankful for the help of Dr. Gary Della Zanna and Dr. John Dougherty, both the NIH, for their assistance. Gary sends me all kinds of articles whenever he thinks they might be useful, and one of these, which outlined a study on the relationship between grey matter, fine motor control, and the muscle architecture of chimpanzees, had a huge impact on Devil’s Pocket. It’s always fun to bounce ideas off of John, who is well-versed not only in science but also science fiction, making for exactly the type of expert I need when I’m trying to decide which ideas to kill and which ideas to develop. He was particularly helpful in area of brain science.

For any aspiring writers out there, I would suggest that most of us should value fun over accuracy. Do your research and avoid writing such crazy stuff that you offend readers, but beware perfectionism. Too many writers abandon premises and projects simply because the science isn’t 100% accurate. Bah! You’re not writing to inform scientists; you’re writing to entertain smart people. If your ideas are cool, the writing is solid, and the science makes some sense, huzzah!

The Few are pretty creepy, and the implications of what they’re doing is terrifying. What’s something that truly terrifies you?

African wild dogs. Seriously. When they get you down, they don’t go for the throat. They all grab a different part, start tugging in different directions, and eat you alive. *Shudders*

Beyond that, mercilessness… especially the way membership in a mob can engender and license cruelty. From drunken revelers with smiles on their faces and murder in their eyes, to cute little German girls waving Nazi flags in grainy war reels, to Black Friday crowds trampling fellow shoppers in pursuit of that year’s Tickle Me Elmo, mob savagery terrifies me.

What have you enjoyed most, so far, about writing this series? Has your writing process changed at all since you first started?

The most enjoyable thing has been connecting me to people. I love talking to readers, and it’s been especially nice to hear from hundreds of people with whom I’d fallen out of contact.

As far as the actual writing experience goes, I love writing about Carl. I would never want to go through the things he does, but his courage, strength, and ethics impress me again and again, and it’s tremendous fun, writing from his point of view.

My writing process is a work in progress. I’m a pantser by nature but an outliner by necessity, so that’s a constant struggle, and I battle self-doubt, overthinking, and perfectionism all the time. I’m generally best when I write as quickly as I can, as frequently as I can, and in the longest blocks that I can manage. If I’m able to block out the external world and mute my internal editor, the made up world glows in full-blown Technicolor. But yeah, like a lot of writers I know, I hamstring myself with worry and doubt and distraction. Lately, I’ve focused on eliminating interruptions and scheduling my days, blocking out time from everything from brainstorming to scene writing to physical exercise. It helps.

It’s been a while since we caught up. Have you read any good books lately? Anything you’d recommend?

The best book I’ve read in 2015 is The Fold by Peter Clines. It’s a fantastic read. I blurbed it, saying, “Brilliant, unpredictable, and mind-bending, The Fold is one of the best books I’ve read in years. An SF thriller that summons Lovecraftian monsters, it will surprise you again and again.” Truth.

Truth be told, I haven’t done much reading for pleasure lately, because I’m eyeballs-deep in research for my next book. I can’t say much about it yet, but it’s a lot of fun, my agent and editor love it, and I’m supposed finish the first draft this winter. In the meantime, keep an eye out for “Chop Shop,” a novelette I wrote for an upcoming V-Wars anthology from Jonathan Maberry.

About Devil’s Pocket:
The follow-up to the critically acclaimed Phoenix Island, which reads like “Lord of the Flies meets Wolverine and Cool Hand Luke” (F. Paul Wilson, creator of Repairman Jack) and inspired the CBS TV show Intelligence.

With a chip in his head and hundreds more throughout his body, sixteen-year-old Carl Freeman was turned from an orphan with impulse control issues into a super-soldier. Forced into the mercenary Phoenix Force group, he begins to fear he’ll never escape. Sent to a volcanic island to fight for them, he’ll compete in a combat tournament that awards teens with survival for merciless brutality. But just when all looks lost, he spies a friendly face…and possibly a way out.