Horror An interview and giveaway with R.S. Belcher, author of Nightwise

An interview and giveaway with R.S. Belcher, author of Nightwise 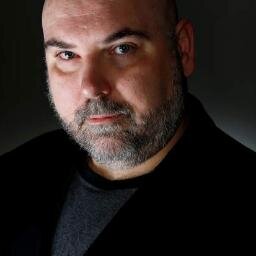 Please welcome R.S. Belcher back to the blog! His new book, Nightwise, is out today, and he kindly answered a few of my questions about it. Also, courtesy of Tor, we’ve got one copy of Nightwise to give away to one lucky US winner!
************************
Will you tell us a little about Nightwise and what inspired it?

Nightwise is an Urban Fantasy novel in the tradition of detective fiction. The protagonist, Laytham Ballard, is a wizard. He’s kind of a supernatural rock star in our world’s occult underground—called “the Life” (by those unsavory occultists who know of it). Laytham agrees to find a man for his dying friend, Boj. This man, Dusan Slorzack, is also a wizard and is responsible for many atrocities and deaths, including the death of Boj’s wife. Nightwise is the story of Ballard’s search for Slorzack, who seems to have completely vanished from the mundane world, as well as the Life.

Ballard reminds me a bit of John Constantine in that he’s willing to do whatever is necessary to get the job done, even if others would find it distasteful. Why would say he’s a compelling character?

Laytham Ballard is not a good person. Many of his actions have questionable motives, and he’s definitely an “ends justifies the means” kind of guy. There will be times in the books where you may want to punch him and throw the book across the room.

What makes him compelling as a character, I think, is that he doesn’t always do the right thing in the end, as most classic, flawed anti-heroes do. He screws up, big-time and often and others pay the price for that. Ballard knows that’s going to happen and allows them to pay the price. He wants to be the hero of the story, but he knows he’s just not cut out of that heroic cloth—he’s too angry and too selfish. He can’t stand injustice and tries to do right but often he does a lot of wrong on the way to that right. Ballard has an ethical core—a code; however loathe he is to allow it to guide him, and a very small group of people he cares for and loves, despite his best efforts to push them away.

The best compliment I received about Laytham came from my agent after she read the manuscript for Nightwise. She said, “you’ve taken a truly irredeemable character and made the reader care for them and cheer them on.” I was very proud of that comment. I wanted Ballard to be a very different hero than the typical Urban Fantasy anti-hero. I hope I’ve succeeded. I would hope the reader will pick the book up off the floor after they throw it and cuss Laytham out and keep reading. I think they will find it worth their time. What supporting characters did you enjoy writing the most?

Ballard collects quite a little dysfunctional family of friends and allies in his search for Slorzack. The ones I had the most fun creating and writing about were Ballard’s old friend, Digeri-Doo, a trans-gender indigenous Australian Shaman. She’s been a transgender model and now owns a club in New York City. I think “Geri” is a nice contrast to Ballard’s cynical and bitter worldview. She presents to the reader that while the Life is pretty seedy, it does have it bright, positive spots.

I also really enjoy the character of Ichi, the Gun Saint, as well. Ichi is my love letter to Jon Woo, Takashi Miike, and Akira Kurosawa. He’s a force of nature, a samurai born too late to take part in the age of the sword.

I really enjoyed the idea of this man who is the essence of self-control and self-actualization who can, in an instant, become this whirlwind of violence. Ichi is Laytham’s “muscle” during the caper to find Slorzack, but there is more to him than just his supernatural prowess with a gun. Ichi has a really fascinating back story that is touched on a little in Nightwise. I hope I get to expound more on his past in future books in the series.

Did you do any specific research for the book?

Hahahaha, I’m always researching. I love to dig up all kinds of weird little factoids. The research is always a very fun part of writing a novel. For Nightwise I did some research into Tantra and meditation techniques, the masonic architecture of Washington D. C. , the 60s counterculture, the Serbian-Croation conflict of the 90s, indigenous Australian mythology and magical traditions, the U. S. currency system, and, oh yeah, fetish modeling.

You’ve now got a few titles under your belt. Has your writing process changed or staying the same since you first started?

Yes, it really has. This is my job, now and I think I come to a new project with a little more awareness of how much goes on after I write the book. Publishing is a business with a long view of time, so marketing for a book begins as soon as the manuscript is in. I really love this work and I think I learn more with each project.

I had heard a lot of folks compare my work to that of Richard Kadrey’s Sandman Slim novels and I decided to give him a try and I’ve really, really enjoyed them so far. In comics, I can’t say enough good things about Saga, and The Rat Queens series.

Are there any books you’re particularly looking forward to?

I know it’s been out for a spell, but it’s new to me—I hear really cool things about Stephen King’s Revival, and I’m looking forward to reading that. There’s also a new Joe Hill book coming, I believe, and I really enjoy his stuff.

My son, Jon, is starting college and my daughter, Emily, begins high school in a few weeks. I’m really proud of both of them and very excited for them to begin these new chapters in their lives.

ter
In the more shadowy corners of the world, frequented by angels and demons and everything in-between, Laytham Ballard is a legend. It’s said he raised the dead at the age of ten, stole the Philosopher’s Stone in Vegas back in 1999, and survived the bloodsucking kiss of the Mosquito Queen. Wise in the hidden ways of the night, he’s also a cynical bastard who stopped thinking of himself as the good guy a long time ago.

Now a promise to a dying friend has Ballard on the trail of an escaped Serbian war criminal with friends in both high and low places–and a sinister history of blood sacrifices. Ballard is hell-bent on making Dusan Slorzack pay for his numerous atrocities, but Slorzack seems to have literally dropped off the face of the Earth, beyond the reach of his enemies, the Illuminati, and maybe even the Devil himself. To find Slorzack, Ballard must follow a winding, treacherous path that stretches from Wall Street and Washington, D.C. to backwoods hollows and truckstops, while risking what’s left of his very soul . . . .