Fantasy An interview with Robert Brockway, author of The Unnoticeables

An interview with Robert Brockway, author of The Unnoticeables 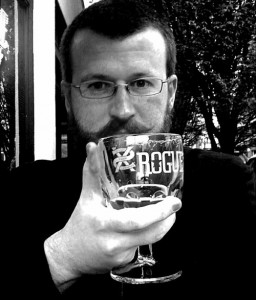 Thank you! It all started with an idea: A programmer friend of mine once arrogantly stated “love isn’t the universal language, math is.” I found the concept a bit unsettling, but had to think on exactly why. And then it came to me: If everything could be defined with mathematics, then most things could be simplified further using those same mathematics. That makes the universe nothing more than a math problem. What if somebody could solve it? That was the central premise of The Unnoticeables, and everything else spun out from there.

Tell us more about Carey and Kaitlin. Why do you think readers will root for them?

Carey and Kaitlyn are both, in their own ways, the ultimate underdogs. Not just in terms of this story, but in life. Carey is a young punk living in late ‘70s NYC. Society doesn’t much like him, doesn’t have a place for him, and wouldn’t particularly notice if he lived or died. Kaitlyn wants to be in the movie business, but isn’t making much progress. She’s lost in a sea of people, every one trying to do the same. And she’s probably not going to make it. That’s before the angels show up, before the faceless kids start taking their friends, before they catch the eyes of the Empty Ones. If we root for the underdog, well, nobody’s more under that dog than Carey and Kaitlyn.

What supporting characters did you particularly enjoy writing?

I loved writing the young punks, because I was able to base elements of their personalities on people I knew — sometimes on people I used to be. It was nostalgia of a sort, like visiting old friends for a while.

They’re not literally angels. That’s just a name. The closest label we have for them. All the characters know is that they’re balls of brilliant white light which create a sound kind of like singing. Their first thought is ‘angel,’ and their second thought is usually ‘oh god, that’s not right at all.’ Did you do any particular research for the book?

Having half the book take place in a time I’ve never experienced necessitated a ton of research. Mostly into NYC of the late ‘70s and the punk scene there. My favorite bit of research was investigating whether or not they had microwave burritos back then and, if so, what kind.

You’re Senior Editor and columnist for Cracked.com, and The Unnoticeables is actually your second book, but have you always wanted to write? What’s one of the first things you can remember writing?

I’ve always wanted to write, but I never assumed I’d get lucky enough to be paid for it. I first started writing in my early teens — terrible short horror stories about werewolves, vampires, gargoyles, etc. It wasn’t very original, but it was practice. After twenty or so years of doing that, maybe I finally got okay at it.

Neal Stephenson’s The Diamond Age. It was such an amazing piece of work. I’ve read it multiple times, but nothing compares to that first time, when I had no idea what he was doing with it, or where it was going.

What are a few of your favorite authors?

I don’t know that I have favorite authors anymore. I read too much and across too many different genres. My old favorites are big names like Kurt Vonnegut, Italo Calvino, William Gibson, Richard Matheson — but I’m mostly reading newer stuff these days. I guess Brian Francis Slattery is my favorite recent discovery. Spaceman Blues was beautiful.

What are you currently reading? Is there anything that you’re looking forward to this year?

I’m currently reading Sam Sykes’ The City Stained Red. I’m really looking forward to Chuck Wendig’s Zer0es, out in about a month or so I think.

Book three! The Unnoticeables was written and sold as a trilogy, meaning these aren’t just sequels. I had the outline before the deal was made, and we know where we’re going with it. Book two is already with the publisher, and I’m starting on book three as we speak.

About The Unnoticeables:
There are angels, and they are not beneficent or loving. But they do watch over us. They watch our lives unfold, analyzing us for repeating patterns and redundancies. When they find them, the angels simplify those patterns and remove the redundancies, and the problem that is “you” gets solved.

Carey doesn’t much like that idea. As a punk living in New York City, 1977, Carey is sick and tired of watching strange kids with unnoticeable faces abduct his friends. He doesn’t care about the rumors of tar-monsters in the sewers or unkillable psychopaths invading the punk scene–all he wants is to drink cheap beer and dispense ass-kickings.

Kaitlyn isn’t sure what she’s doing with her life. She came to Hollywood in 2013 to be a stunt woman, but last night a former teen heartthrob tried to eat her, her best friend has just gone missing, and there’s an angel outside her apartment. Whatever she plans on doing with her life, it should probably happen in the few remaining minutes she has left.
There are angels. There are demons. They are the same thing. It’s up to Carey and Kaitlyn to stop them. The survival of the human race is in their hands.

We are, all of us, well and truly screwed.