Interviews An interview (and giveaway) with Rhonda Mason, author of The Empress Game

An interview (and giveaway) with Rhonda Mason, author of The Empress Game 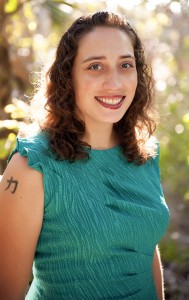 The Empress Game is the story of Kayla Reinumon, an exiled royal who lost most her family, her psionic powers and her bonded twin when the empire took over her homeworld. Now she ekes out an existence as a prize fighter and lives for one thing: protecting her younger brother Corinth, her only remaining family.

She’s spent the last five years trying to save enough money for an illicit trip back to her own sector of space. Corinth needs training with his psionic powers that only her people can give, and they’ll never be safe until they’re out of imperial space.

When a stranger arrives and asks her to take part in an elaborate scheme to win the Empress Game—the empire’s royal tournament—she’s ready to refuse. But he offers her the one thing she needs: a spaceship ride for her and her brother any place of their choosing, if she wins the Game.
—-
When I wrote the opening scene of The Empress Game, with Kayla fighting in the Blood Pit, it was the only thing I knew about the book. Kayla came to me almost fully formed. In that one scene I could see her impressive fighting skills (from a lifetime of training on her homeworld), her humiliation at being brought to this point in her life, and her dedication to do whatever it took, even fight for the pleasure of men like a slave and a handful of credits, in order to provide for her brother.

I knew right away I wanted to tell this woman’s story, and see how far that dedication to Corinth could push her.

Tell us about Kayla. Why do you think readers will root for her?

I think a lot of us have a kind of dedication like Kayla does. For me, I’m also very protective of my family, and I can relate to her willingness to sacrifice for Corinth. Most people have someone like that in their lives, a child, partner, best friend, etc., that they’d be willing to sacrifice for. Kayla gives us a chance to see ourselves as heroic for that dedication. She’s put through a lot, grows in a lot of ways, and has to make some brutal choices, but she never, ever, loses that dedication to family. I hope readers will root for her to be rewarded, even in some small way, for that loyalty.

Worldbuilding is important in books like this. Will you tell us more about the “world” of The Empress Game?

Worldbuilding was a little tricky in this novel because so much of the action takes place within the physical setting of the Empress Game arena. We’re limited to learning more about the greater world by the things we hear different characters say. It would be much easier if I could fly everyone around in a spaceship and visit all of the planets, but it just didn’t fit the story’s structure.

There are 2 major civilizations in the world of The Empress Game. First, the Wyrds, a technologically advanced race of people who have psionic powers. They inhabit planets beyond the reach of the Sakien Empire in an area called Wyrd Space. Kayla and Corinth (both Wyrds) come from Ordoch, the only Wyrd World ever to fall prey to the Sakien Empire.

Then there’s the Sakien Empire, which is a larger conglomeration of planets. The empire is made up of two ranks of planets. The Sovereign Planets are the six planets that banded together to form the empire initially. These are the wealthiest and most advanced planets in the empire (but still far behind the Wyrds Worlds in terms of tech). After that, the empire has been annexing worlds one by one, and each of these planets are designated as Protectorate Planets. They are typically poorer worlds, often just exploited for resources, and have very little say in the running of the empire and very little share in its wealth.

The major happening in the empire is that a nanovirus plague has begun destroying Protectorate Planets, and no attempt to stop it has been successful. It is spreading quicker than they can contain it.

Speaking of worlds… What are a few of your favorite literary “worlds”?

Hands down, my favorite is the world in Melanie Rawn’s Dragon Prince trilogy. Sunrunning is such an amazing ability, and I love the politics between the Goddess Keep and the rulers.

After that, I have to say the world Melanie Rawn created in The Exiles trilogy (that she still hasn’t finished!) The history of the Waste War between the Mage Guardians and Lords of Malerris, along with the devastation it wrought, is fantastic. It’s the history of the world, but it’s so very much present in the novels’ structures.
I’m much more attracted to characters in a story, rather than the worldbuilding, so it has to be something truly fantastic for me to even notice it, really.

I will say that I greatly enjoyed S.L. Viehl’s creation of alien races in Stardoc. I highly recommend it for that aspect, if you’re interested in a variety of alien species.

Why space opera? What do you enjoy most about reading, and writing, in the genre?

I’m a big time fantasy reader/writer, and space opera continues that genre for me. I tend to describe space opera as “fantasy in space,” which is why it appeals to me.

What I enjoy most about space opera is the focus on action. I really like the action/adventure style of many space operas, which is what I tend to read and write. Not to mention the amazing scope and complexity of a society/societies being set in space. It gives you so many story possibilities.

Right now my writing process is all over the place as I struggle with book 2 of The Empress Game trilogy. At heart, I’m a plotter. Not a “plot the entire novel out beforehand” kind of plotter, but the “plot a scene or two ahead” kind. I enjoy plotting because I can work out the scene’s arc, the setting details, the characters’ arcs and any issues beforehand. Then, when it comes time to actually write the scene, all of that is in my head and I can concentrate solely on the words. I don’t have to wonder where I’m going while wondering how to say it.

But, when I get stuck and have no idea what comes next, I just pants the heck out of it. Anything to keep moving forward and making progress. I love to rewrite. First drafts are so painful for me, so the easier I can get through it and onto the real work, the rewriting and editing, the better.

The go-to when I get stuck? A powerwalk. I go out for about 40 minutes with no music or any distraction, walking the same route so that I’m not sight-seeing, and actively think “what comes next?” while I walk. It honestly works 90% of the time. Keeping my body moving and at a good pace occupies enough of my active brain that the creative part is no longer hindered by surface thoughts and I can really focus on the book.
I highly recommend it!

What authors have inspired you the most in your writing?

Considering my earlier answers about Melanie Rawn, it’s no surprise that she’s had a big influence on my writing. I’d love to reach just one reader as powerfully as her works reached me.

Robert Jordan also had a big impact on me, and not always a flattering one. I read the first 8 books of The Wheel of Time series, and I love so much about them. However, most (though not all) of his female characters are completely flat and stereotypical. They all seem to think men are “wool headed” and decide not to tell the men things when actually communicating would make SO much more sense. Jordan inspired me to want to write realistic, three-dimensional female characters in epic fantasy and sci fi.

Terry Goodkind came up with some amazingly badass female characters in his Sword of Truth series—Kahlan (The Mother Confessor) and the Mord-Sith. I realized those were the type of women I wanted to read and write about.

Dragon Prince, by Melanie Rawn. Come on, surely you weren’t expecting something else!  The love story between Sioned and Rohan is amazing, quite possibly the best ever, and that is only one aspect of that great novel. It’s worth reading for the magic system alone.

First up is writing books 2 and 3 in The Empress Game trilogy. Those will keep me busy for a while. After that, I’d like to return to my fantasy roots.

I’d say I’m about halfway through the first draft of my next fantasy novel and I am DYING to work on it! The novel is set on a chain of volcanic islands, with an interconnected island nation culture. The islands have no naturally occurring metallic ore, so all of their building materials/weapons/modes of transportation are limited to materials such as wood, bone, stone, fibers, sharks’ teeth, etc. For the first time in my life, I am gaga for worldbuilding! The limitation of having no metallic ore provides fascinating opportunities for ingenuity and it’s amazing how much the worldbuilding is driving the plot.

Surprisingly, Silmande (the lead character) is not a butt-kicker, if you can believe it. (I am in love with weapons and hand-to-hand combat). Instead, she’s a force to be reckoned with through sheer determination and her magic powers. She has a rare gift (no spoilers!) that, over the course of the story, she comes to realize is much darker than she ever thought.

Clearly, I could go on and on about this, so I’ll stop here! But, needless to say, I am excited about it.

Thank you so much for having me on your blog and giving me a chance to talk about The Empress Game. (And Melanie Rawn!) 😉 I really appreciate the opportunity.

About The Empress Game:
One seat on the intergalactic Sakien Empire’s supreme ruling body, the Council of Seven, remains unfilled, that of the Empress Apparent. The seat isn’t won by votes or marriage. It’s won in a tournament of ritualized combat in the ancient tradition. Now that tournament, the Empress Game, has been called and the females of the empire will stop at nothing to secure political domination for their homeworlds.

The battle for political power isn’t contained by the tournament’s ring, however. The empire’s elite gather to forge, strengthen or betray alliances in a dance that will determine the fate of the empire for a generation. With the empire wracked by a rising nanovirus plague and stretched thin by an ill-advised planet-wide occupation of Ordoch in enemy territory, everything rests on the woman who rises to the top.