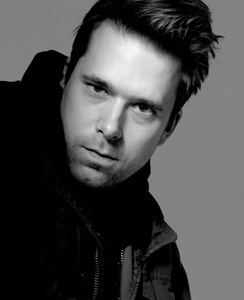 Please welcome Christopher Bollen to the blog! His new thriller, Orient, just came out and he kindly answered a few of my questions about it!
**************************
Will you tell us a little about your new book, Orient, and what inspired you to write it?
I think a lot of the inspiration for the book sprung from Orient itself—the small hamlet on the tip of Long Island. I say “I think” because it’s always hard to pinpoint the mysterious forces and brainwaves that go into writing a novel. I always feel it’s a bit like the weather—you can sense it coming, you can research when it will hit and what it might bring, but you never really know until your in the midst of it. I can say that I was spending time on the far North Fork of Long Island because some artist friends from New York had begun buying or renting weekend houses out there. And I was struck by its beauty and quiet so close to the city. I was also fascinated by the fact that it was connected to the rest of the country by this thin strand of causeway—otherwise it was entirely isolated by water. It occurred to me that it would make an interesting place to set a series of crimes. And I had always wanted to try to write a murder mystery. That was genesis. I also vowed not to set my next novel in New York City—my first novel Lightning People took place almost entirely in Manhattan. But I’m afraid I’m something of a city writer, so Orient provided the opportunity to bring New York characters into the suburbs or country. But Orient, the place, is definitely a main character—one you can’t kill off.

I like to think of Orient as a literary murder mystery, hopefully holding up as a work of literature and as a mystery in its own right. That was my aim, at least. A young drifter who found trouble in the city takes an invitation to come to Orient to help one of its longtime residents fix up his house. Just as Mills arrives, a series of murders tears away at this tranquil dream community. One of the other main protagonists is Beth Shepherd, a native who had moved into the city for an art career. She has recently returned with her Romanian husband, a successful artist, presumably with the intention of starting a family. As the novel progresses, Beth and Mills become friends, confidantes, and almost accidental detectives, trying to work out what is going on. Another element that inspired me was the word “orient.” I tried to utilize all of its meanings and connotations—from physical direction to questions of place, sexual orientation, the east, and mental or emotional disorientation. What kind of research did you do for the book?
While I wrote the novel in my apartment in the East Village, I spent a lot of time in Orient researching the land and the community. I feel its important to create an accord between fact and fiction—enough reality to paint the setting accurately but also allowing moments of creative invention. I talked to locals and the newly arrived, I visited the landmarks and beaches, I dug into libraries and newspapers, and I even took a tour with a former historical board member who recounted the past lives of the houses and fields. Then I went back to my apartment and built my own Orient as the book dictated.

Orient is your second book, and you’re Editor at Large for Interview Magazine. Have you always wanted to write? Will you tell us more about yourself and your background?
I did always want to be a fiction writer—not counting three years of college where I was sure I was going to be a poet. I ended up falling into magazines and editing because there are only a few jobs a young writer feels geared toward in the city that actually pays the rent. I started out in the Guides department of Time Out, New York, but I also began writing art reviews and art criticism on the side, and it was that latter ambition that really brought me to work with Artforum, The Believer, V Magazine, and finally Interview. I don’t regret it. In fact, I love having this second (or really first) career as an editor: it keeps me alive and awake to the larger world. Also, I found in my twenties that I was simply to young to write a novel. Some writers can harness their knowledge and wisdom at age twenty (or at least affect a wise worldliness), but I couldn’t. I didn’t have it in me: not the confidence nor the material. It wasn’t until I turned thirty—almost squarely on the day—that I realized, now is the time to get started.

What’s one of the first things you remember writing?
When I was eleven or twelve, high on every Agatha Christie novel I read, I started writing short murder-mystery stories. They involved sophisticated, very old adults—approximate age 25—who were aristocratic and marooned in faraway places like Bagdad or Tehran (I had never been) and their vacations were very quickly marred by murder.

So, in other words, I’ve come full circle.

What authors or novels have influenced you the most, in writing and in life?
So many. Almost every novel influences me, even bad ones. But especially the good ones, and I’m still pulling inspiration from everything I read. I would say, in something of a chronological order, the superstars were: Agatha Christie, Sylvia Path, Kurt Vonnegut, T.S. Eliot, Virginia Woolf, F. Scott Fitzgerald, Frank O’Hara, Bret Easton Ellis, Joan Didion, E.M. Forster, Salman Rushdie, Norman Mailer, Robert Stone, Toni Morrison, Graham Greene. And there have been zillions of other, just-as-spectacular authors filling the spaces between those bricks.

If you could experience one book again for the first time, which one would it be?
I love this question. Whenever someone hasn’t read a classic that I’m wild about, my immediate response is, “you’re so lucky. You get to read it for the first time.” And that’s also why I’m never ashamed to admit that I haven’t yet read Madame Bovary or Portrait of a Lady. Aren’t I lucky? They’re still fresh for me. Okay, which book could I read again for the first time? In Cold Blood or Ten Little Indians. Both of those books were like weeklong fevers.

What are you currently reading? Are there any books in particular you’re looking forward to this year?
I just finished Graham Greene’s The Human Factor last night. And I’ve been threatening to jump on the Elena Ferrante train—I’m so close, I just need one more push. I’ve always stocked up on biographies, a genre in which I am woefully under-read. For upcoming novels, I’m very curious about Garth Risk Hallberg’s City on Fire and Sloane Crosley’s The Clasp in the fall.

What’s next for you?
Greece. The next book, which I’ve already begun, is set on a Greek island. I’ve always been a fan of novels set on vacation. I like how the characters’ usual defenses and routines are completely thrown into turmoil.

About Orient:
A gripping novel of culture clash and murder: as summer draws to a close, a small Long Island town is gripped by a series of mysterious deaths—and one young man, a loner taken in by a local, tries to piece together the crimes before his own time runs out.

Orient is an isolated town on the north fork of Long Island, its future as a historic village newly threatened by the arrival of wealthy transplants from Manhattan—many of them artists. One late summer morning, the body of a local caretaker is found in the open water; the same day, a monstrous animal corpse is found on the beach, presumed a casualty from a nearby research lab. With rumors flying, eyes turn to Mills Chevern—a tumbleweed orphan newly arrived in town from the west with no ties and a hazy history. As the deaths continue and fear in town escalates, Mills is enlisted by Beth, an Orient native in retreat from Manhattan, to help her uncover the truth. With the clock ticking, Mills and Beth struggle to find answers, faced with a killer they may not be able to outsmart.

Rich with character and incident, yet deeply suspenseful, Orient marks the emergence of a novelist of enormous talent