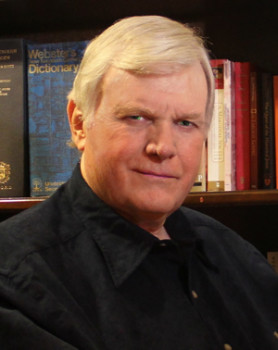 Please welcome Nicholas Guild to the blog! His new book, Blood Ties, just came out this month, and he answered a few questions about it, and more!

Blood Ties is really three stories going on simultaneously. The first is the hunt for a serial killer operating in the San Francisco Bay Area, which is where I grew up. The second is a love story about how two people, both pretty much as the end of their tethers, find each other. The third is about the serial killer’s son’s search for redemption. The idea came from a news story I read some twenty-five years ago about a fellow who went around in his van picking up prostitutes and then killing them. He had a wife and children and the story got me thinking about the burden such a person’s children must have to carry through life and what it would be like for the son, at a formative age, to discover what his father was up to. It went from there. The story operates on all three of the levels I indicated, but the fact that so much more is at stake than simply a cop catching a killer I think enhances its interest.

Why do you think readers will root for Detective Ellen Ridley and Stephen Tregear?

Ridley and Tregear are both people who have in some sense backed themselves into a corner. Ellen Ridley feels herself being consumed by her job and she is dedicated to her work as a homicide detective, but sometimes her sympathy for the victims makes her wretched. Stephen is locked into his search for his father because he realizes that he will never be able to live anything like a normal life as long as his father is wandering around murdering women, and he feels an enormous sense of inherited guilt—against his will, he brings disaster with him wherever he goes. These two people turn out to be each other’s redemption, but there are costs for them both. They operate under magnified versions of the strains of everyday life, and I think most people would be able to imagine how they must feel. I have something of an obsession with murder. Or, perhaps more accurately, less with the act of murder itself than with psychologies of people who kill. Your average murderer is probably just a dullard with a mean streak, but some of these men—and the vast majority of them are men—are highly intelligent but somehow cut off from the rest of humanity. I have always been fascinated by the nature of that divorce from ordinary human sympathy. Of course, my only approach to it is through books. I’ve read an enormous number of case histories, but the essential mystery remains.

You have a number of successful titles under your belt, but have you always wanted to write? Will you tell us more about yourself and your background?

I can remember the precise moment when I discovered I wanted to be a writer. I was 15 and reading Conrad’s Lord Jim, in which there is a scene between Marlow and a French lieutenant who was the first officer to board the Patna after it had been deserted by its crew. It is a discussion about honor and the limits of human endurance. That scene skinned my eyes. It was the first time I could see how a writer of fiction achieves his effects and I knew that was what I wanted to do with my life.

Of course even at 15 I thought of this as probably an unreachable goal, so I set out to turn myself into an English teacher. I took a Ph.D. from Berkeley and industriously wrote erudite articles about 17th Century poetry, but for a year after I had my degree I couldn’t find a job so I decided it was time to sit down and try to write fiction. The result was The Lost and Found Man, which I have never had the courage to reread and suspect is dreadful, but I got it published, and it just kept going from there.

What do you like to see in a good story? Is there anything that will make you put a book down, unfinished?

A good story should be more about people, what it is like to be human, than about events. A writer of fiction is trying to do something which is impossible but which, at least to some degree, happens anyway in good fiction, which is to make the reader forget that the novel is just words on a page and convince him or her that the story is a window on another version of reality. If the story is lifeless, or if the writing in terrible, or if the writer is more concerned with his own verbal pyrotechnics than with his characters, I’ll get bored and stop reading.

What are a few of your favorite authors?

It sounds odd, considering the sort of thing I write myself, but my favorite novelist is Jane Austen. Conrad is a close second, and I love Jane Eyre, although I think Charlotte Brontë’s other novels are terrible. Among current writers I admire Thomas Harris.

Actually, at the moment I’m reading Josephus’ The Jewish War. I also write historical fiction, which involves considerable research, so I don’t get a chance to read much fiction. The last novel I read was Anthony Deorr’s All The Light We Cannot See, which I really enjoyed.

What’s next for you, this year and beyond?

I’ve got a historical novel—title as yet not settled, but about Judea and Galilee in the 1st Century C.E.—coming out in December and two other historicals, one entitled The Helot and the other The Macedonian, both about ancient Greece. After that, we’ll see.

About Blood Ties:
Homicide detective Ellen Ridley of the SFPD is tracking a serial killer terrorizing young women in the San Francisco Bay Area. Ridley is sure she’s cornered her most likely suspect: Stephen Tregear, a hacker and code breaker who works for U.S. Naval Intelligence. But Tregear is not the killer… he’s the killer’s son.

Ridley and Tregear team up to look for Tregear’s father, Walter, in an elaborate game of murderous cat and mouse. As the body count rises, Ridley must race against the clock to stop Walter before he kills any more women–and Tregear must finally confront the father who has been trying to kill him for twenty years. Blood Ties is an elegant and frightening thriller from Nicholas Guild.