Fantasy Catching up with Ian Tregillis, author of The Mechanical

Catching up with Ian Tregillis, author of The Mechanical 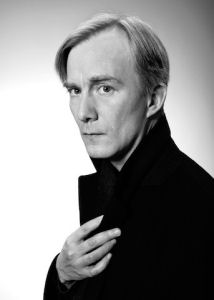 If you visit the blog with any regularity, you probably already know how much I loved The Mechanical. Luckily, Ian Tregillis stopped by to answer some of my questions about it, and more!
***************************
I adored The Mechanical, and my only complaint is that it ended. What inspired you to tackle a book that features magically sentient mechanical servants?
Well, first off– thank you! I’m happy that you enjoyed it.

The writer part of me is always on the lookout for interesting little tidbits that could seed story ideas. Sometimes they come from songs, or are informed by music. (For instance, when I was early in the planning for Something More Than Night, I asked myself, “If this book were a bar, what kind of music would the house band play?” Which is how I came to listen to a lot of Portishead around that time.)

So while I’m not entirely certain where the original impetus to write about clockwork beings came from, I suspect it may have had something to do with all the Abney Park I’ve listened to. That probably planted the seed. And it really was just that — the barest seed of an idea. But as is usually the case with me, it was buried in the back of my mind for a few years while I worked on other things. I like to give ideas time to sprout.

Setting is very important in The Mechanical. What made you choose to set the book in the Netherlands and France, and why the 1920s?
The Mechanical actually grew out of a short story. That seed I mentioned was still buried in the, uh, compost of my mind when I was invited to contribute to an anthology titled, “Human for a Day.” Hoping that I could use the story as a springboard for fleshing out that vague notion, I suggested that I’d like to write a “clockpunk” story. The anthology editor, Jenn Brozek, liked the idea, so I assigned myself the task of writing a story about a clockwork man that would somehow fit within the theme of the anthology. I knew the story would take place in a world with clockwork men. But what kind of world would it be? What would life be like for the people in this world? I decided that clockwork servants might be fairly loud. And that the people who lived around them, who grew up around them, would probably have a derogatory slang term for their mechanical servants, and that this would plausibly be onomatopoeic in nature. So I just started doodling at the keyboard, honestly. Ticker? Tocker? Clicker? Clacker? Clakker?

Aha. Something about that combination of letters clicked (heh) with me. For some strange reason it made me think of the Netherlands — and suddenly the entire backstory of the world poured into my head. I knew that Christiaan Huygens, a scientist and inventor of the pendulum clock, had been a contemporary of Isaac Newton. I also knew that Newton had been deeply involved in alchemical pursuits (and stranger things!) alongside what we now consider his more mainstream efforts. So, I wondered, what if Huygens had stolen Newton’s alchemical manuscripts, and somehow married clockmaking with alchemy to create a clockwork servitor? That sounded like a fun premise. So that became the backstory for my anthology contribution. But even before I wrote the story, I knew that the world was too big for it. It was big enough for a novel.

While reading about this period, the 1670s and thenabouts, I learned that Louis XIV’s invasion of the Netherlands happened at almost exactly the same time Huygens would have been inventing the Clakker. That seemed like a great place to change history. Rather than a grinding, years-long conflict, I imagined that the presence of Clakkers changed everything. It was a complete and utter rout. So thorough, in fact, that when the Dutch pushed the French out of their country, they never stopped until Europe was theirs and the King of France had fled to his fledgling colony in the New World.

I chose the 1920s simply because that made for a nice round 250 years since the invention of the Clakker in the 1670s.

What kind of research did you do for the book?
I started out trying to learn as much as I could about Newton’s work in alchemy. (It’s really fascinating, and more than a little eye-opening. John Maynard Keynes once said, in part, “Newton was not the first of the age of reason. He was the last of the magicians.”) I’ve also tried to learn as much as I can about the Dutch Golden Age, which was an amazing time and place. So I’ve read about the Dutch republic in the 17th century, and all sorts of fun historical sidebars, such as “tulip mania.” Similarly, I’ve read about New France — which was a real but relatively short-lived place — and the world of Louis XIV.

I figure this is a very backward looking world. An Empire built on the backs of tireless superhuman servitors has so much labor at its disposal that it doesn’t really need to innovate. (Why invent a steam engine when it’s so much easier to tell your servant, “Hey, go turn that crank 24 hours per day for the next 99 years.”) So the Netherlands is locked in a perpetual Golden Age. Meanwhile, the residents of New France live behind high walls, hiding from the mechanical hordes their enemies occasionally send at them. So I figure they, too, live in constant veneration of the past. Paris is almost a mythical place to them, and they revere the time when their ancestors lived in Old France.

The 17th century was also a time of great philosophical discourse. (Some of it taking place right there in the Netherlands, thanks to that Golden Age I mentioned.) So I also tried to educate myself in the various strains of philosophical thought that might have been floating around at the time. The invention of the Clakker would have been a meteoric impact to various philosophical and theological arguments about free will and the existence of the soul.

As much as I love Jax, I was very intrigued by Berenice. She does some deplorable things, but she’s quite a complicated woman, and it was hard not to root for her at times. Did you have her fleshed out when you started the novel, or did you let her evolve as you wrote? Was she inspired by anyone in particular?
I wouldn’t say she was fully fleshed out right away, but I did have a strong sense of her from the start. I knew pretty early on what some of her key personality traits would be, and how they’d impact the story. It’s a strange thing to say, because it’s so circular, but the best way I can describe it is that as I started imagining the story, there was a Berenice-shaped hole in the middle of it. She just had to be that character.

She’s inspired by, or perhaps a nod to, a real historical character. Charles Maurice de Talleyrand-Périgord was a legendary political animal. He served Louis XVI, survived the French Revolution, somehow wheedled his way into serving Napoleon, and then later, after Napoleon was deposed, served Louis XVIII. Nobody ever really trusted him, but he was so shrewd as to be invaluable. When I read that his detractors actually started using the name “Talleyrand” to refer to a particularly cunning kind of statecraft, I couldn’t resist using it in the book. (According to lore, an Austrian diplomat allegedly responded to news of Talleyrand’s death by saying, “I wonder what he meant by that.”)

In my headcanon, Berenice is descended from an ancestor of the real Talleyrand.

Was there a supporting character in the book that you particularly enjoyed writing?
There sure was: scarf-knitting, blue-streak-swearing Sergeant Hugo Longchamp immediately came to life for me the moment I started writing him. He’s fun. He’s only in a few scenes in The Mechanical, but I added him to one of those just because I wanted to give him a little more screen time. (He plays a much larger role in the sequel.) I’ve imagined that Longchamp and Berenice have a lot of respect for one another, to the extent that their personalities have influenced one another.

Do you already know how many books you’d like to write in the Alchemy Wars?
The current plan is for 3 books. The sequel to The Mechanical is written, and I’m deep into the editorial revisions right now. I’m writing the third and final book in the series this year.

It’s been a while since we caught up. Have you read any good books lately? Is there anything you’re looking forward to this year?
I just read Elizabeth Bear’s Karen Memory, which I recommend to anybody who might enjoy fantastical frontier fiction with a strong voice and mecha-sewing machines. Christopher Farnsworth’s vampire series — Blood Oath, The President’s Vampire, and Red, White, And Blood — is a really fun romp. I’m looking forward to his new book, The Eternal World, which comes out this summer. Rumor has it that Scott Lynch’s The Thorn of Emberlain comes out later this year, and I can’t wait for that.

What are you currently reading?
I’ve been a fan of the Discworld books for — oh my gosh — almost 30 years. So I was quite saddened by Sir Terry Pratchett’s passing. I’m rereading The Color of Magic right now.

What’s next for you?
I’ve already planted the next seed for the novel project I’d like to tackle after I finish the Alchemy Wars series. I’ve even started to assemble research material for that one. But it’ll be a while, at least another year, before I’m ready to start thinking about it seriously. In the meantime, I’m still a member of GRRM’s Wild Cards consortium, and we’re hard at work on the next book. And I was recently recruited for a very cool and fun project that I can’t talk about just yet, except to say that it’s a great team. That should be announced soon.