Fantasy Blog Tour and Giveaway: A Darker Shade of Magic by V.E. Schwab

Blog Tour and Giveaway: A Darker Shade of Magic by V.E. Schwab

Welcome to Black London, and the conclusion of the tour for VE Shwab’s A Darker Shade of Magic! 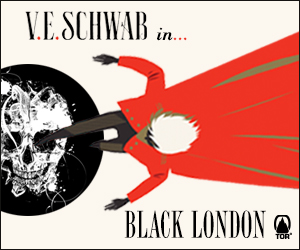 VE Shwab’s newest book, A Darker Shade of Magic just came out in February, and the blog tour for the book is a thing of awesome. We all asked VE Schwab one question, and we’ve also got a giveaway for A Darker Shade of Magic, which not only includes the book, but also a double-sided signed poster of the US and UK covers (and it’s open internationally!!) VE’s question and answer is below, and you can see the blog tour schedule HERE for more Q&As and more chances to win.

Question: Who would attend your perfect literary dinner party (can be anyone, past or present)?

VE Schwab: Oh, it would be a cozy affair, with Neil Gaiman, Scott Lynch, Gillian Flynn, my heroes in supernatural, fantasy, and suspense respectively. Gaiman is an incredible—and incredibly generous and genuine—author whose voice can make any tale sound like a winter’s bedtime story. Lynch has a way of grounding fantasy in a way that makes things feel real and extraordinary at the same time. And Flynn’s gritty edge and grey characters are some of the best.

About A Darker Shade of Magic:
STEP INTO A UNIVERSE OF DARING ADVENTURE, THRILLING POWER, AND MULTIPLE LONDONS.

Kell is one of the last Travelers-magicians with a rare, coveted ability to travel between parallel universes, connected by one magical city.

There’s Grey London, dirty and boring, without any magic, and with one mad king-George III. Red London, where life and magic are revered-and where Kell was raised alongside Rhys Maresh, the rougish heir to a flourishing empire. White London-a place where people fight to control magic, and the magic fights back, draining the city to its very bones. And once upon a time, there was Black London. But no one speaks of that now.

Officially, Kell is the Red Traveler, ambassador of the Maresh empire, carrying the monthly correspondences between the royals of each London. Unofficially, Kell is a smuggler, servicing people willing to pay for even the smallest glimpses of a world they’ll never see. It’s a defiant hobby with dangerous consequences, which Kell is now seeing firsthand.

Fleeing into Grey London, Kell runs into Delilah Bard, a cut-purse with lofty aspirations. She first robs him, then saves him from a deadly enemy, and finally forces Kell to spirit her to another world for a proper adventure.

Now perilous magic is afoot, and treachery lurks at every turn. To save all of the worlds, they’ll first need to stay alive.

*Fill out the widget below to enter to win a copy of A Darker Shade of Magic and a signed double-sides poster featuring the UK and US covers. The giveaway is INTERNATIONAL, and I’ll pick a winner on or around the 31st
a Rafflecopter giveaway 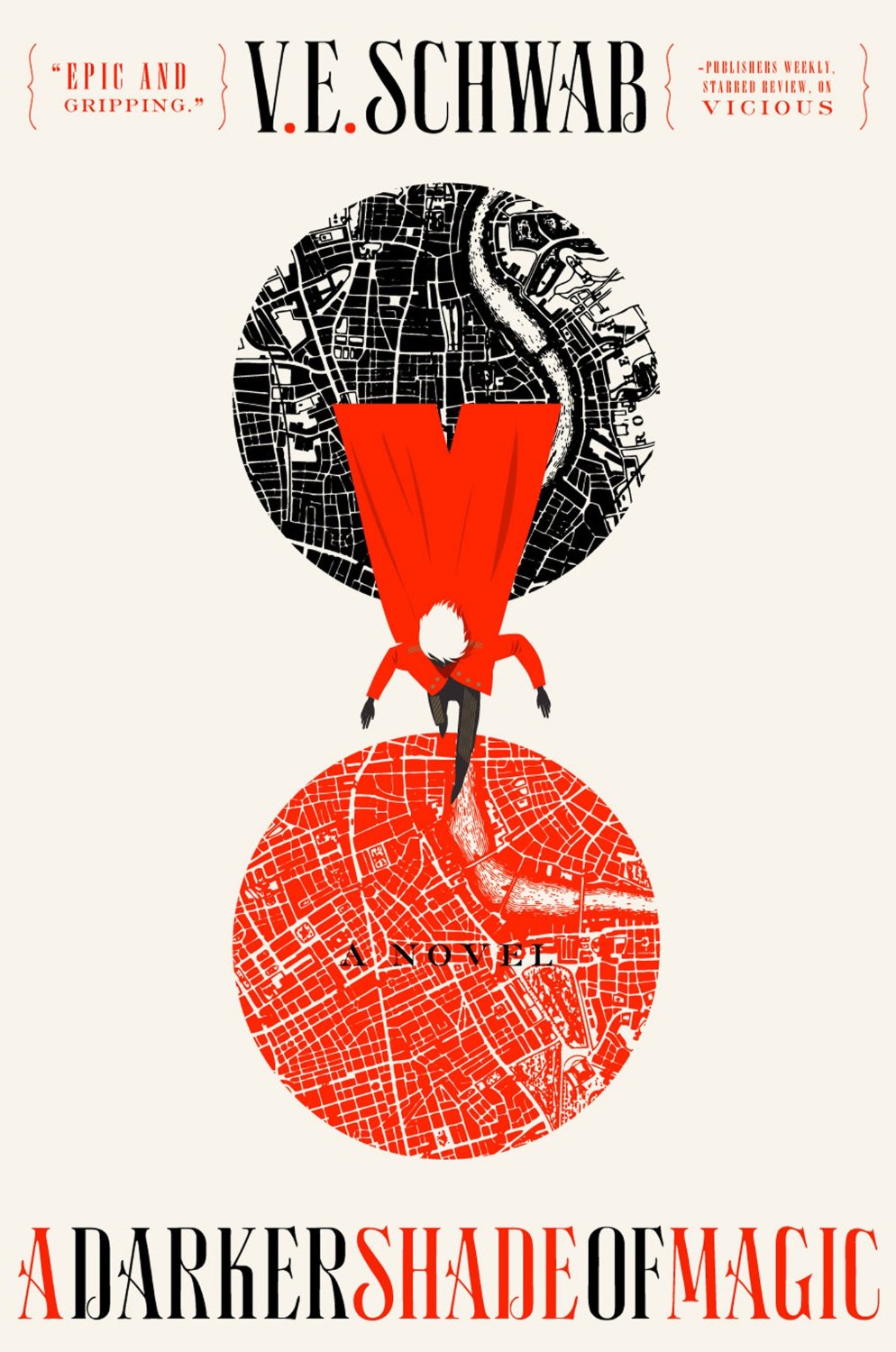