Interviews INTERVIEW: Lucy Atkins, author of The Missing One

INTERVIEW: Lucy Atkins, author of The Missing One 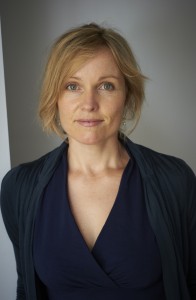 Lucy Atkins’s debut novel, The Missing One, just came out this month, and she stopped by to answer a few questions about it, and more!

Congrats on the new book! Will you tell us a bit about The Missing One and what inspired you to write it?
Thank you so much – and for featuring me here on your fantastic website. The Missing One began when I was visiting the Seattle area, where I once lived, staying on a remote island. I picked up a magazine and read an article about a local woman, a pioneering whale researcher, who was one of the first people (and possibly the first woman) to study the language of killer whales in the wild. She went out following orcas across the Pacific Ocean in all weathers, listening to them, recording and photographing them, even taking her baby out with her on the boat. She sounded strong, independent and brave, and I just couldn’t get that image of her – on a boat with her baby – out of my head. I wrote a short story abut it, and realized that I still wasn’t done. Now, several years later, it’s a novel.

Why do you think readers will connect with Kali? Will you tell us more about her?
Kal is in her late thirties, with a toddler, Finn, and a very part time job on a health website. She was born in the USA, and her mother was American, but she has been brought up in the UK. As the novel begins, she is in a state of crisis: she thinks her husband is having an affair – and her mother, Elena, then dies. She desperately wants to be a better mother than her own mother was (they had a complex relationship), but as she heads off to British Columbia in search of Elena’s secret past, she makes some big mistakes of her own. Readers who have children tend to relate to Kal’s exhaustion – the anxiety, joy and fear of parenting a small child. I have had so many readers tell me that they sympathized with Kal, even whilst she is making terrible errors. What made you decide to set part of the book on an island off the coast of British Columbia?
(see my answer to your first question above too). I lived in Seattle for four years, and had been up to Canada, and loved the coast. But more importantly, this part of the world makes the perfect setting for an emotional suspense story: all the tiny remote islands, the floating houses, sea fogs and storms, treacherous conditions and the sense that you are very, very far away from anything familiar. And the whales of course – the killer whales are key.

Why suspense? What do enjoy most about writing, and reading, in the genre?
I actually never thought I’d write a suspense book (I abandoned a comic novel about a sex course to finish The Missing One). And, when I started the novel, I thought it was a love story. But then Susannah, one of the main characters, appeared out of nowhere, and suddenly things got darker. And as soon as they did, I felt myself drawn into the story – somehow, I’d found my ‘genre’. I am not interested in shock or crime or melodrama but I am very interested in what people do when the things they love and believe in are threatened. I once read a newspaper article about a twenty-year old mother of a little baby, who had seen off two house burglars with a shot gun. The police officer said ‘There’s nothing more dangerous than a mother protecting her child’. This stayed with me. I love uncovering the strength we all have inside us. Threatening situations do this brilliantly.

You have a journalism background, but have you always wanted to write fiction? Will you tell us a bit about that progression?
I ‘ve written several non-fiction books and have had a career as a freelance feature journalist writing for most of the UK newspapers, and many magazines here. I always wrote fiction in my spare time – but lacked confidence I think, to really concentrate on it (perhaps being a book critic didn’t help!). When my fortieth birthday was looming, I realized it was now or never. I signed up for a writing workshop, and that’s where my writing really took off. I think the years as a journalist were the perfect training, and they gave me lots of stories too.

What authors or novels have influenced you the most, in your writing, and in life?
I find it really hard to pin this down! There are so many writers I admire – but my favourite books tend to be astute investigations of family or individuals. Anne Tyler is extraordinary, and so is Curtis Sittenfeld. My all time classic is Jane Eyre (psychological suspense!). Oddly, I don’t tend to read many thrillers (though I was gripped by Gone Girl).

What are you currently reading?
Right now I’m reading the new Kate Atkinson novel A God In Ruins (I loved Life After Life and this is a sequel – it’s not published till May 2015 though).

When you manage to find some free time, how do you like to spend it?
I have three children and a dog and a husband who travels a lot so there isn’t much leeway in my life these days. But I do manage to get to a yoga class once a week and I walk my dog twice a day – and I read and watch terrible reality TV shows with my youngest son!

What’s next for you?
I have just finished my second novel The Other Child, a story about a British woman who marries an American pediatric heart surgeon and moves with him, and her son, to a suburb of Boston. Things go very wrong…. It’s published in the UK in June 2015.

About The Missing One:
In her gripping debut novel, Lucy Atkins takes us on one woman’s journey to the beautiful and rugged Pacific Northwest to discover the dark secrets of her family’s past so that she can understand and accept herself. Kal McKenzie was never close to her mother Elena, whose coldness towards her spoiled any chance of a good relationship. When Elena dies of cancer, Kal feels forlorn: how do you mourn a mother who, inexplicably, just didn’t seem to love you?

While clearing out Elena’s art studio, Kal finds a drawer packed with postcards, each bearing an identical one-line message from a Canadian gallery owner named Susannah Gillespie: “Thinking of you.” Who is this woman and might she hold the key to her ruined relationship with her mother?

Conflicted by her grief and shaken up from recently seeing a covetous text from an old girlfriend on her husband’s cell phone, Kal impulsively sets off with her toddler Finn to Susannah’s home on a remote British Columbian island, a place of killer whales and storms.

Soon Kal quickly realizes she has made a big mistake. The striking and enigmatic Susannah will only share a few scraps of information about Elena. Kal discovers that her mother was a pioneering orca researcher-an activist trying to save the powerful and dangerous creatures.