Interview: Kristi Charish, author of Owl and the Japanese Circus 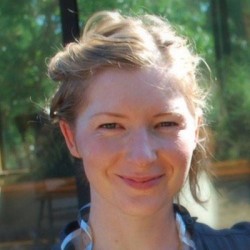 Please welcome Kristi Charish to the blog! Her new book, Owl and the Japanese Circus, is out today, and she kindly answered a few of my questions about it, and more!

First, best title ever on your new book, Owl and the Japanese Circus! Will you tell us a little about it and what inspired you to write it?
Glad you liked the title! Owl and the Japanese Circus is my debut urban fantasy and my first completed novel. It’s about ex-archaeology grad student turned international antiquities thief, Alix—better known now as Owl— who has one rule. No supernatural jobs. Ever. Until she crosses paths with Mr. Kurosawa, a red dragon who owns and runs the Japanese Circus Casino in Las Vegas. He insists Owl retrieve an artifact stolen three thousand years ago, and makes her an offer she can’t refuse: he’ll get rid of a pack of vampires that want her dead. A dragon is about the only entity on the planet that can deliver on Owl’s vampire problem – and let’s face it, dragons are known to eat the odd thief.

As to why I wrote Owl: I had been struggling for a bit with third person narrative and really wanted to try something in first person. I had just finished a writing prompt exercise for a writing course (where the prompt was ‘When death’s clowns came for me’) and had also just finished reading a mystery novel called ‘The Water Rat of Wanchai’ by Ian Hamilton (Ava Lee series). It was the first mystery I’d read in a while and I thought wouldn’t it be great to write something like that! Prompt and mystery novel idea in hand, I started writing about an antiquities thief…with absolutely no monsters, it was going to be a normal book, a break from fantasy… That lasted all of twenty pages…when I realized I’d accidentally written a dragon into the novel.

There are a few other influences that came into writing Owl, especially past the first chapters (most notably Indiana Jones) but that’s how it got started.

Why do you think readers will root for Alix? What did you enjoy most about writing her character?
I hope readers will find that Alix isn’t your typical urban fantasy heroine. For starters she’s clumsy, has a complete lack of a filter and can be painfully blunt. She’s also loyal to a fault and tries to do the right thing as she moves on with her life, though her interpretation of the ‘right thing’ is sometimes a little out of the box. She’s spent a lifetime following the rules and doing exactly what she’s told and as reward is handed a really raw deal – arguably because she’s been following the rules. But this isn’t the UF heroine who confronts the corrupt institution, brings the bad guys to their knees, and otherwise redeems herself, her career, and probably the corrupt institution. This is the woman who when faced with those odds tells the institution and everyone else involved they can all go to hell. There’s something that really appeals to me about that kind of character- the one who’s no longer afraid to say exactly what they want because the worst has already happened. I think that’s why I love writing Alix- her lack of a filter means she gets away with saying things no one else will say, and I hope others enjoy that about her too!

What supporting characters were your favorites to write?
Captain. Absolutely Captain. There is something fun about writing a character who can’t speak and it’s debatable how much he really grasps of the situation. After him? Alexander and Lady Siyu are tied for second.

You’re a biologist and Alix has an archaeology background. Is there a bit of you in Alix? What kind of research did you do for the book, and were you able to draw on your own background?
When I first started university I was actually enrolled in Anthropology/Archaeology. I lasted about a year before switching to biology then genetics. As far as research goes, I went lighter on techniques and heavy on researching mythology and the archaeological sites Alix visits. It was a conscious choice to keep inline with the adventure genre.

With regards to me writing a bit of myself into Alix? Probably:) I think most authors write a facet of themselves into their characters- and with first person narrative it’s next to impossible not to. Yes there is definitely some of me in Alix, but it’s only a facet.

You’ve listed a few favorite authors on your website, but what’s been one of your favorite reads this year?
This year is hard because Kim Harrison’s Hollows just finished, and Ian Hamilton’s Ava Lee installment, The Two Sisters of Borneo was fantastic, but if I had to pick a standalone favorite from 2014 it’s Carrie Vaughn’s After the Golden Age.

If you could read one book again for the very first time, which one would it be?
Another tough question! The Windup Girl by Paulo Bacigalupi or James Clavell’s King Rat.

What are you currently reading?
Let me see….I have all the following open on my Kindle or night stand: Diana Gabaldon’s Outlander (slow burn), Patrick Rothfuss’ The Name of the Wind, Rat Queens (AMAZING graphic novel series, can’t recommend enough) and on my Marvel unlimited I figured I’d give the new Loki a shot (into issue #5- not quite the Deadpool ‘ish’ series I was hoping for, but I’m willing to hang in for another five or so episodes.

What’s next for you?
The next Owl book (Owl and the City of Angels) is finished and currently awaiting copy edit. Next for me is another project I can’t give details on quite yet but I’ve left a few hints on Twitter and my website. I’m crossing my fingers there will be more Owl books- I love writing that flavor of fun adventure- but I’m very excited about the new project too!

About Owl and the Japanese Circus:
Ex-archaeology grad student turned international antiquities thief, Alix—better known now as Owl—has one rule. No supernatural jobs. Ever. Until she crosses paths with Mr. Kurosawa, a red dragon who owns and runs the Japanese Circus Casino in Las Vegas. He insists Owl retrieve an artifact stolen three thousand years ago, and makes her an offer she can’t refuse: he’ll get rid of a pack of vampires that want her dead. A dragon is about the only entity on the planet that can deliver on Owl’s vampire problem – and let’s face it, dragons are known to eat the odd thief.

Owl retraces the steps of Mr. Kurosawa’s ancient thief from Japan to Bali with the help of her best friend, Nadya, and an attractive mercenary. As it turns out though, finding the scroll is the least of her worries. When she figures out one of Mr. Kurosawa’s trusted advisors is orchestrating a plan to use a weapon powerful enough to wipe out a city, things go to hell in a hand basket fast…and Owl has to pick sides.