Horror A chat with Alex Gordon, author of Gideon

A chat with Alex Gordon, author of Gideon 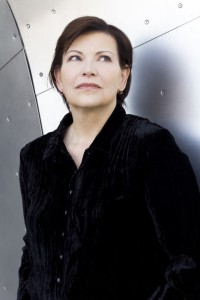 I loved Alex Gordon’s new book, Gideon, and am thrilled to welcome her to the blog today to talk about the book, and much more! Please give her a warm welcome!

Alex, Gideon is a helluva book. I absolutely loved it! What inspired you to write it?
Thank you! I’m glad you enjoyed it.

It was a straight urban fantasy idea that went sideways. I wanted to take a step back from most UF stories, in which the otherworldly aspects are already an established, if not totally welcome, part of this world. I wanted to start at the beginning, at the first significant incursion.

Why witches?
In part, the decision was commercial. Vampires and werecreatures were all over the place at the time I started developing this story, while witches weren’t as prevalent. I hoped that a story about them would be more likely to sell.

But also, witchcraft has benevolent as well as malevolent aspects. If any group could protect our world from demonic incursion, it would be a community of witches.

Of course Lauren is a great character, but what supporting character, or characters, did you enjoy writing the most?
I enjoyed writing Blaine, the Big Bad, because writing the baddie lets me be the absolute worst–totally self-centered, not caring about anyone or anything except one’s own aims. There’s an element of catharsis involved.

I enjoyed writing Connie Petersbury more and more as she evolved. She was difficult in the beginning because she had been through so much, but she had her moments when she got to be crafty, then strong. Then, finally–without giving too much away–she found the resolution she deserved. What kind of research did you do for the book? What was one of the most fascinating things you learned?
Lots of online research about the Sudden Freeze of 1836, the Chicago Fire. I also researched a little about the Civil War–weaponry, and which battles a unit formed in north central Illinois would have fought in. Clothing of the 1830s and 1870s. On-site research, driving around the area of north central Illinois in which I set Gideon so I could see what the area looked like.

I read about the Pseudepigrapha, ancient writings that are attributed to authors who really didn’t write them , especially the Testament of Solomon, which was supposedly written by King Solomon and contained information that allowed him to control demons. I used that information to develop the Book of Endor, the guiding text of the witches of Gideon.

Lauren Reardon turned out to be an outdoorsy woman–she hikes, kayaks, camps in the backwoods. I took several REI classes, including outdoor survival and first aid, so I could write her scenes in the woods more realistically.

One interesting tidbit I found as I researched the Chicago Fire was the hypothesis that it, as well as the other fires that burned on those days elsewhere in the Midwest, were set by fragments resulting from the break-up of Biela’s comet. This isn’t likely, but it’s an interesting idea.

Have you always wanted to write? Will you tell us a little about yourself and your background?
English was my best subject in grade school and high school, and teachers always complimented my essays and reports, but I didn’t start writing seriously until the early 90’s, when I was in my 30’s. I took a novel writing course, then started attending writers conferences and science fiction-fantasy conventions. Tried writing short stories, but they always seemed to expand like wetted sponges–writing short is very difficult for me. The novel is my natural length. .

What are a few of your biggest literary influences?
John Le Carré, for his characterizations and descriptions. Terry Pratchett, the author of the Discworld books, for his ability to define a character with a single thought or action. Gillian Flynn, because she can make unlikeable, troubled, characters so compelling. Stephen King, but for his short stories more than his novels, especially The Reach.

If you could read one book again for the very first time, which one would it be?
The Dark Descent, a massive horror anthology published by Tor that came out in the late 90’s. So many great stories: Sticks by Karl Edward Wagner. Crouch End by Stephen King. The Autopsy by Michael Shea. It’s a treasure trove.

What are you currently reading?
I just started Blue Labyrinth, the latest Preston & Child Pendergast novel.

I know Jericho, the follow-up to Gideon, is in the works (can’t wait!), but is there anything else you’d like to share?
Lauren Reardon is still the protagonist and primary POV. Most of the story takes place in and around Portland, Oregon.

I want to be careful, both because of spoilers and because a story can change so much in the writing. I can say that in JERICHO, the stakes are much greater. We learn more about the Council, the governing body that oversees the Children of Endor. Lauren finds out just how pervasive magical influence is, as well as who else is interested in that power.

About Gideon:
When Lauren’s father dies, she makes a shocking discovery. The man she knew as John Reardon was once a completely different person, with a different name. Now, she’s determined to find out who he really was, even though her only clues are an old photograph, some letters, and the name of a town—Gideon.

But someone—or something—doesn’t want her to discover the truth. A strange man is stalking her, appearing everywhere she turns, and those who try to help her end up dead. Neither a shadowy enemy nor her own fear are going to prevent her from solving the mystery of her father—and unlocking the secrets of her own life.

Making her way to Gideon, Lauren finds herself more confused than ever. Nothing in this small Midwestern town is what it seems, including time itself. Residents start going missing, and Lauren is threatened by almost every townsperson she encounters. Two hundred years ago, a witch was burned at the stake, but in Gideon, the past feels all too chillingly present . . .