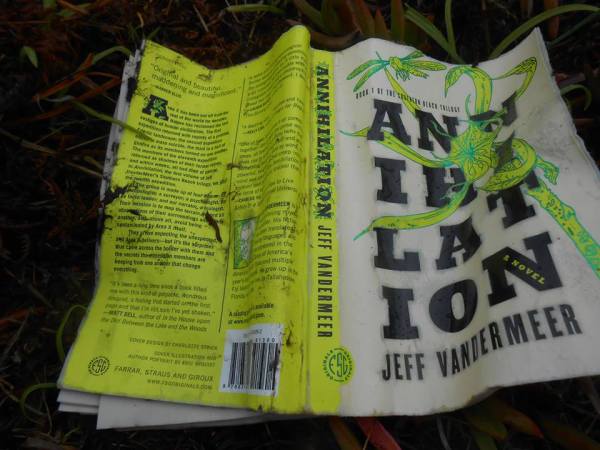 Area X: The Southern Reach Trilogy omnibus (Annihilation, Authority, Acceptance) is out today from FSG, and to celebrate, I’ve got a very special guest post from author Jeff VanderMeer, with comments throughout (in purple) by Jarrett Byrnes, assistant professor of Biology at the University of Massachusetts, Boston. How cool is that? Can you tell that I’m thrilled to share this with you? You’ll certainly never look at tidal pools in quite the same way again, and of course, if you haven’t experienced this phenomenal trilogy, you can now get it all in one gorgeous volume (and it’s perfect for gift giving too.) 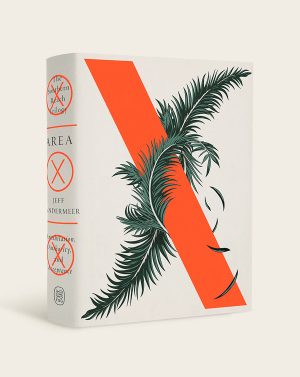 Between Fiji, Florida, and a more-recently discovered love for the coasts of California and Vancouver Island***Come to Maine! Amazing tidepools. Also, there’s an old Swedish saying in Ecology that you can understand the entire world through a rock pool. Or so say my Swedish marine ecologist friends. Who study rock pools.*** I’ve encountered a lot of tidal pools. I even at one point wanted to be a marine biologist before I became a writer , but that wasn’t for me because I discovered I was less interested in the science than in spending time peering into tidal pools.***Funny, I was in theater before I became a marine biologist!***

You’ll find a fair number of tidal pools in the Southern Reach trilogy, [where they’re a microcosm of the natural world but also at times metaphorical]***And vice-versa*** —even, in the biologist’s case, the site of a pivotal moment in her life. Of course, all of Area X, that pristine but mysterious wilderness documented in the novels, could be thought of as a kind of tidal pool…with something looking in. (Think you know how many tidal pools can be found in the trilogy? You might surprised; a few are disguised.)

Here are seven tips for surviving in tidal pools, which might also be of use on some level if you ever find yourself in Area X. I’ve had them vetted by a marine biologist (see Jarrett’s comments in purple.) 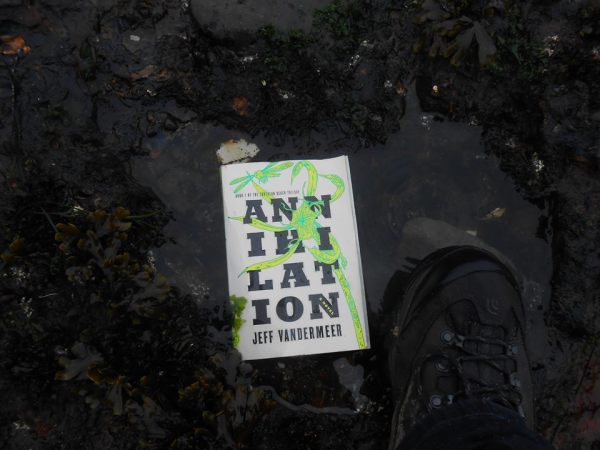 So there you have it—survival tips for rough-and-tumble life in tidal pools. Possibly applicable to wider life in the modern world…or not.

Coda: Speaking of tidal pools, earlier this year I tried to repatriate a copy of Annihilation. Return to your natural environment, said I. But, after several failed attempts, it turns out Annihilation floats. It also turns out that if you’re observed trying to drown your own book in a tidal pool, the local park ranger will pepper you with a lot of pointed questions.

I’m sure the denizens of this tidal pool will remember the day the giant pushed Annihilation at them, but I can assure you that no smalls, stills, incognitos, symbiotes, parasites, deadlies, or regenerators were hurt in pursuit of that photo.

Jarrett Byrnes is an assistant professor of Biology at the University of Massachusetts Boston. These days, he typically inhabits undersea kelp forests. He has been known to hang about in tide pools, gardening algae until waves attempt to sweep him away. Many of his thoughts on tidepools were informed by his time working with wonderful scientists like Jay Stachowicz at UC Davis, Pamela Reynolds (also at Davis), Chris Harley at University of British Columbia, and Matt Bracken at UC Irvine. He also has a deep love of sea squirts, despite not wishing to absorb his own spinal cord. Usually.