Fantasy Trey Dowell, author of The Protectors, on heroes, why he tells stories, and more

Trey Dowell, author of The Protectors, on heroes, why he tells stories, and more

I’m thrilled to have another Simon451 debut author on the blog today! Please give a warm welcome to Trey Dowell, author of The Protectors!

Also, be sure to check out the Simon451 NYCC schedule! 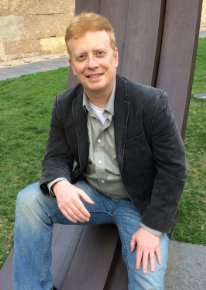 Will you tell us more about THE PROTECTORS and why you wrote it?
The Protectors tells the story of three unique people—the only meta-humans in existence—and how they struggle against not only the foreign enemies who want to destroy them, but also their own government—that might just want the same damn thing. While they face tough odds and dangerous situations at every turn, their biggest struggle is more intimate: can they trust each other and put their baggage-ridden past behind them in order to stay alive?

I wrote The Protectors because I loved the idea of taking a globe-trotting thriller, with real-life situations and political intrigue and giving it a sci-fi/fantasy twist. Two of my favorite genres, mixed together with humor, snappy dialogue, and just a bit of romance. Once I pieced together the first few chapters, the writing really flew because the story just worked. I love fast paced, have-to-turn-the-page storytelling, and that’s what I was going for with this novel.

Have you always wanted to be a writer? Will you tell us more about yourself?
I’ve always wanted to be a storyteller, for sure. From a very early age, I had a robust talent for what I like to call “basic verbal fiction.” Unfortunately, the rest of the world tends to call it “lying,” which meant my talent was, um, somewhat underappreciated. As I grew older, it became apparent that writing was a much more socially acceptable form of storytelling, and I embraced it. Plus, a career in sales (15 years worth) can be so stressful and unfulfilling that writing makes for a sanity-saving escape. Now I just want my writing to serve as the same thing for other people: an escape. 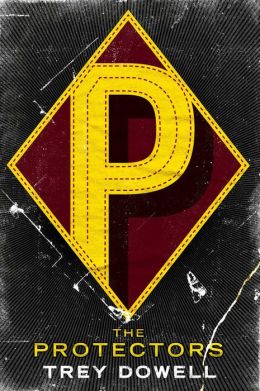 Why superheroes?
Since I was a kid, I’ve been fascinated with comic-book heroes and their adventures. While some might argue that those characters should be “outgrown” by our adulthoods, I really don’t see much of a difference between superheroes and the mythological figures of civilizations past—whether writers regale you with tales of Hercules or the Hulk—it’s all just story-telling built around one of the oldest staples of fiction: the hero. The Protectors simply updates the playing field a little: the struggle of one man and one woman against impossible odds, set in a realistic world that we all know and understand. With that as a foundation for a great story, I guess the better question is—why NOT superheroes?

What kind of research did you do for THE PROTECTORS, and what did you enjoy most about writing it?
Great question—much of the second act of the book is set in a country virtually no American readers have ever seen or experienced: Iran. “Virtually none” also included me—a clueless guy sitting in his suburban house in the Midwest. In order to do both the place and the people justice, I had to do a TON of reading. Beyond that, I also spent quite a few hours watching Al Jazeera English, trying to pick up the things books and Internet articles don’t tell you: the sounds, the colors, the personality of a country. Combine those online habits with a lot of Wiki searches on the Iranian nuclear program and I’m guaranteed two things: a fairly accurate novel, and random TSA screenings for the rest of my natural-born life.

As far as what I enjoyed the most—seeing these characters come to life, and really grow and develop. Every story starts as simple ideas, and to see those ideas evolve into (what feel like) living, breathing people? That’s as close as I’ll ever come to honest-to-goodness magic.

What is your writing process like?
I don’t know if my process is any different or more interesting than the millions of writers before me, but it works. The longest part of writing a novel (for me) takes place before I even touch a keyboard. I spend a loooong time formulating plot and ideas in my head—sometimes a month or more. I might scribble down a few minor notes, but by the time I’m ready to start writing, I’ve got 75% of a book’s structure already stuck in my head. Then it becomes a matter of trying to pound out 1000 words a day, five days a week, and start filling in that empty structure…give the characters life, then let them run around a little. If I get stuck in a particular section, I don’t let it bog me down for too long. If I can’t figure out how to make it work within a couple of days, I move ahead a chapter and keep going. I come back to problem areas after I’ve finished the main narrative. 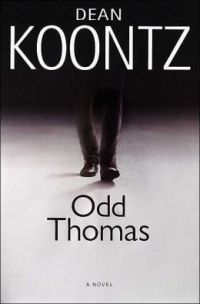 Who are a few of your favorite authors?
I grew up with the Big K’s—King and Koontz—and I still read them today. You’d be hard-pressed to find writers who understand pace and suspense better than Dean Koontz and Stephen King. Beyond that, there are so many talented people I love to read—Christopher Moore for humor, when it comes to sci-fi, Robert Heinlein. In crime/thriller, I probably own twenty different John Sandford novels because I love the Lucas Davenport character.

If someone asked you to recommend one book (besides your own, of course) which one would you suggest without hesitation and why?
My favorite book of all-time is Odd Thomas by Koontz. I recommend it to anyone who’ll listen. The crazy thing is someone bought it for me when it originally came out, and the thing sat unread on my shelf for years because the book jacket made it sound like a “Sixth Sense” knockoff, which didn’t appeal to me. When I finally pulled it down and started reading, I was blown away. Wonderful main character, quirky setting, and the chemistry between the two leads is flat-out brilliant. That book packs a punch.

What are you currently reading?
A book by one of my fellow Simon451 authors, The Undying, written by Ethan Reid. It’s an apocalyptic, creepy vampire/zombie-ish story…the kind that encourages a reader to let the dog sleep in the bed with you, so you’re not alone. And keep the lights on.

What makes someone a “hero” in your opinion?
Wow. My senior-year English teacher asked the exact same question on the first day of class—and used my rambling, nonsensical answer as an example of what NOT to write. Let’s hope a couple of decades have made me a little more effective: To me, a hero is someone who can overcome fear and doubt, period. And while I can already hear people saying, “EVERYBODY does that,” I’m gonna call B.S.—it’s not easy. The older I get, the more I realize fear (at some level) dictates almost every decision we make. Setting that fear aside, and doing what needs to be done—that’s the essence of heroism.

And hopefully Mr. Dalton back at Parkway Central High would have approved.

When you’re not writing, how do you spend your time?
Movies and books…love, love, LOVE losing myself in a story, even when I’m not the one creating it. Also, trying to learn (sometimes with little success) how to cook and eat healthy…I’m getting married, and my fiancé apparently wants me around for a long time.

What’s next for you?
I’m about halfway through my next novel, a sci-fi thriller built around three guys who run a time travel company, which I’m having a blast writing. After that comes the sequel to The Protectors. After that, who knows? Right now, I have more ideas than I have time to develop them, which is a wonderful problem to have, yes?

About THE PROTECTORS:
An enthralling debut, The Protectors offers a dark twist on the classic superhero story as fallen hero Scott McAlister embarks on a globe-hopping chase to stop his former teammate—and ex-lover—gone rogue.

Don’t call him a superhero.

Heroes change the world. Scott McAlister? On a good day, he manages to change out of sweatpants.

It wasn’t always like this. Scott used to be leader of the Protectors, the world’s one and only squad of superheroes. It was a decent gig, but far from the shiny force for good the UN advertised. He could abide the publicity stunts, the lies, the ham-fisted government handlers—but when one of the Protectors died under his command, it was too much. Wracked with guilt, Scott stepped down and into an early retirement.

Now, five years later, a desperate CIA chief shows up on Scott’s doorstep with a polite request and a cadre of shock troops to ensure that Scott accepts. His ex-teammate and ex-lover, Lyla Ravzi, has gone rogue. The former Protector has the ability to control minds, and she’s no longer interested in “protecting.” She wants world domination.

Scott’s mission is simple: Find Lyla and stop her. The messy little details are up to him. It’s the last thing Scott needs after five years spent trying to forget the Protectors and to get over Lyla, but the alternative is worse.

As he closes in on his target, Scott is forced to confront his past and face a chilling reality: Can he save the world and the woman he once loved? Or will he have to choose?