Fantasy A chat with Rajan Khanna, author of Falling Sky, and a giveaway!

A chat with Rajan Khanna, author of Falling Sky, and a giveaway!

Rajan Khanna’s debut novel, FALLING SKY, comes out tomorrow from Pyr, and he was kind enough to answer a few questions about the book, and more! Also, courtesy of the lovely folks from Pyr, we’ve got 2 copies up for grabs, so be sure to fill out the widget below the post, and I’ll pick a winner on Oct. 15th (US only.) 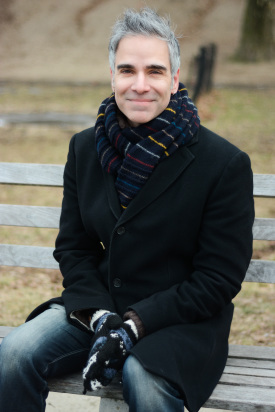 Congrats on the new book-it’s already gotten some rave reviews! Will you tell us more about Falling Sky and what inspired you to write it?
It’s a post-apocalyptic story set in the future after a pandemic has infected most of humanity. Many of the survivors have taken to the air, living on airships or in remote settlements. Ben Gold is an airship pilot who recently joined up with a group of scientists attempting to cure the virus that caused the pandemic. Of course this means dealing with the remnants of humanity, now regressed by the virus into bestial creatures called Ferals. Ben, a longtime survivor, has to figure out how far he’ll go, and how much he’ll risk, to help them.

As for what inspired the novel, it’s based on a short story of the same name. I wrote it at the Clarion West Writers Workshop in 2008. I had gone to the workshop with a few story prompts, essentially a handful of one or two line ideas. Falling Sky started out as a vague idea about people living on airships while trying to avoid the ground, though I didn’t yet know why. Paul Park helped me to shape the idea and I wrote the story. Mary Rosenblum, who critiqued the story, encouraged me to expand it into a novel. It took a few years but eventually I did.

Why do you think readers will root for Ben and what did you enjoy most about writing his character?
I hope that readers will root for Ben. I think he’s a character who has been shaped by the world he lives in and has a journey ahead of him. Some people might think he’s a bit of a jerk, though. Still, I’m hoping that readers connect with him enough to follow him on his journey. Ben, at the beginning of the novel, is motivated by fear. I think that’s something many of us can relate to.

I think what I enjoyed most about writing him was indulging in his sarcasm. Ben is often rigid and serious and hard but his sarcasm is the pathway to his softer side. His inner clown.

Have you always wanted to be a writer? Will you tell us more about yourself and your background?
I have always wanted to be a writer, even when I didn’t know what that meant. I’ve always been a storyteller and when I discovered that writing was the best way to do that, I was hooked. But the earliest expression of those stories came through play, whether that was with stuffed animals or action figures or roleplaying games. In fact, after discovering D&D around the age of 8 or 9, I ended up spending more time on creating the worlds and characters and stories than actually playing the game. 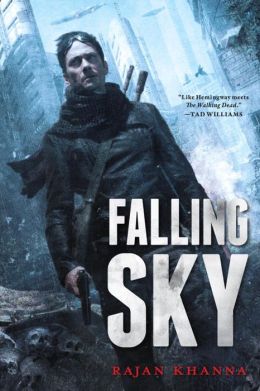 Your book is a definite genre-blender. What are a few of your favorite genre blending/blurring books?
This is a great question. Top of the list would have to be Roger Zelazny’s Amber series. They take fantasy elements and marry them to a hard-boiled voice with lots of other genre trappings thrown in. I’m also a fan of weird westerns from Joe Lansdale to R. S. Belcher to the comic The Sixth Gun. Richard Morgan’s Takeshi Kovacs books blend sci-fi and cyberpunk with noir. And I can’t forget Gene Wolfe’s Book of the New Sun which blends elements of fantasy and science fiction together masterfully.

What’s one of the first things you can remember writing?
Honestly the first complete story that I can remember writing wasn’t until 7th grade. As mentioned, I had come up with worlds and characters before, and I made notes for a lot of that, but many of those stories were told, spoken out loud to friends. So it has to be 7th grade, a story about an elf warrior (probably a ranger) saving a neglected prince from some orcs.

So, I have to ask…you have a thing for airships (you even dubbed the book “post-airpocalyptic.” Why?
I don’t really know where it came from, but airships have always been wondrous to me. I think it’s just their scale and the way they move. There’s something almost organic about them, and obviously something very retro. We see planes all the time but they appear for a minute and then pass out of sight. Airships, however, float there, looming, and they stay in the frame. Something about that just appeals to me.

What is your writing process like?
It sometimes varies, but generally I get an idea and I chew on it for a while until I think I have enough to work with (and that can be very little – sometimes just a character and a situation). Then I just dive right in and start writing. I generally find my way as I go. When I first started writing it was a very head-down, write to the end kind of sprint. Now that I’m a little wiser, I take a little more time and I’m more interested in coming up with interesting characters or moments and letting them lead me to the story. I still try, though, to steadily move forward. I might fix things here or there, but I generally like to get the shape of the whole story first before I start tinkering. Also, these days I often write out of sequence. With novels, sometimes, that means writing an orphan scene without knowing where it will go. I usually figure out where to put it later on. That’s a change as well since when I started writing I had to go in order (or at least I thought I had to).

What piece of advice would you give to an aspiring author?
Keep writing. And finish what you write. I think especially with novels it takes some practice to work at that length and often the first one or two aren’t any good. But you’ll learn things along the way and you’ll almost always improve. Also, write what excites you. Not everything you write will sell, and not everything that excites you will find an audience, but if you’re excited about it odds are it will express itself in your fiction and that’s something that’s hard to fake.

What’s next for you?
I am currently working on a sequel to Falling Sky as well as a young adult mystery book. I’ve also been dipping my toe back into the short story pool. Hopefully you’ll see them all soon.

About FALLING SKY:
Ben Gold lives in dangerous times. Two generations ago, a virulent disease turned the population of most of North America into little more than beasts called Ferals. Some of those who survived took to the air, scratching out a living on airships and dirigibles soaring over the dangerous ground.

Ben has his own airship, a family heirloom, and has signed up to help a group of scientists looking for a cure. But that’s not as easy as it sounds, especially with a power-hungry air city looking to raid any nearby settlements. To make matters worse, his airship, the only home he’s ever known, is stolen. Ben must try to survive on the ground while trying to get his ship back.

This brings him to Gastown, a city in the air recently conquered by belligerent and expansionist pirates. When events turn deadly, Ben must decide what really matters–whether to risk it all on a desperate chance for a better future or to truly remain on his own.