Fiction Interview: Tawni O’Dell, author of One of Us

Interview: Tawni O’Dell, author of One of Us

Please welcome Tawni O’Dell to the blog! Her brand new book, ONE OF US, was out in August, and she kindly stopped by to answer a few of my questions! 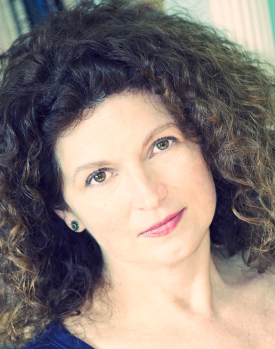 Will you tell us a bit about your new book, ONE OF US, and what inspired you to write it?
One of Us is about Dr. Sheridan Doyle, a brilliant, successful forensic psychologist on the surface but beneath his polished, pedantic façade he’s still Danny Doyle, the awkward, bullied, bookish boy from a coal mining family plagued by tragedy including an ancestor’s execution as part of a band of rebellious Irish miners and his mentally ill mother’s incarceration for killing his infant sister. He returns to his hometown to visit his ailing grandfather and while there discovers a body near the infamous Lost Creek gallows. The victim has a mysterious tie to the coal baron who was responsible for the deaths of the miners more than a hundred years ago and whose descendants still control the area. Danny joins forces with a local police detective he’s known since his youth when another body is found and as he begins to close in on the killer’s identity, he also discovers shattering truths about himself, his family, and the town’s legacy of violence.

As with all my novels, what inspired me to write One of Us was the appearance of a character in my head, in this case Danny Doyle, who had a story to tell and I knew I had to tell it if I wanted to get him out of my head. In this particular novel, I was also inspired by the very real group of Irish coal miners living in Pennsylvania during the late 19th century known as the Mollie Maguires. Their story is one I’ve been fascinated by since I was a child and I always knew I’d put a fictionalized version of them in a novel someday. I just had to wait for the right novel.

Why do you think readers will connect with Danny Doyle, and what did you most enjoy about writing his character?
Danny has spent his life trying to resolve the conflicting feelings he has for his roots and his family and I think his struggle is one many people can relate to: how you can want to belong to a place but not be able to stay there, how you can secretly embrace something you outwardly disown. He sometimes comes across as prickly and know-it-all but inside he’s a decent man who only wants to help others and be accepted. I enjoyed writing his dialogue, describing his wardrobe, and exorcising the demons in his head including his recurring nightmares of the mines. 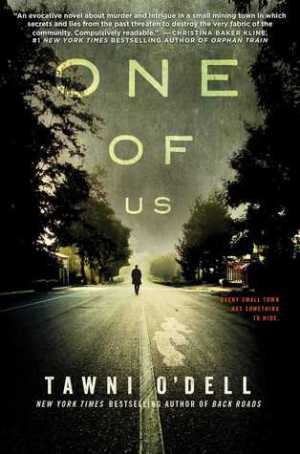 You’re known for your books and stories set in Pennsylvania’s coal country, and you also grew up there. What do you think makes this setting so evocative?
I’ve always found the simple yet sometimes seemingly impossible act of day to day survival in a coal town to be heart-wrenching and heroic and rife with drama and all the elements necessary for a compelling novel: the struggle of the underdog, the deadly danger of the job, the contention and cooperation between the haves and have nots, the rich family histories, and at the very heart of it all Man’s relationship with the natural world and the depletion of its resources, a topic that has never been more relevant than now.

What is your writing process like? Is there anything that you need to get into a creative mood?
People are always asking writers what inspires them and how they get in the mood to write. If you’re waiting around to be inspired and get in the mood, you’re probably not ever going to finish a novel. Writing is hard work. Of course it takes a tremendous amount of creativity but it also takes an equal amount of focus and discipline. I might not be able to force myself to come up with the ideas I need at the exact moment I need them but I can force myself to sit down in front of my computer and concentrate and this usually leads to some kind of forward momentum with the story.

Why suspense? What do you enjoy most about writing, and reading, in the genre?
I didn’t set out to write a suspense novel with One of Us. It just happened. But I’ve always had an element of suspense in all my novels that seems to naturally occur. As a reader, I’ve always loved the intelligence and excitement of the genre. As a writer I enjoy combining the small town characters I’m known for and their regular workaday lives with the dramatic plot twists and turns and psychological intensity of the genre.

You’ve undoubtedly influenced many writers with your work, but what authors have influenced you the most?
Flannery O’Connor, John Irving, Truman Capote, Richard Yates, Shirley Jackson, Dr. Seuss

If you could experience one book again for the very first time, which one would it be?
–To Kill A Mockingbird

When you’re not writing, how do you like to spend your free time?
I love to read (no surprise there.) I’m a runner. I spend a lot of time hanging out with my German Shepherd puppy, Truman, going for hikes, playing Frisbee, and all that other fun dog stuff. I try to visit my daughter as often as I can in New York City. She’s a sous chef at an amazing restaurant. We plan each trip around where we’re going to eat and also just enjoy hanging out in the city. I love to visit my son, too, who’s attending college in southern California but I don’t get to see him as much since he’s on the other side of the country.

What’s next for you?
I’m finishing my latest novel, A Small Fire. It’s the first in a series of literary crime suspense novels set in Pennsylvania coal country featuring an outspoken, 50-year-old, female police chief and her sister, a reclusive dog trainer and animal rights activist.

About ONE OF US:
From the New York Times bestselling author of Back Roads comes a fast-paced literary thriller about a forensic psychologist forced to face his own demons after discovering his small hometown terrorized by a serial killer.

Dr. Sheridan Doyle—a fastidiously groomed and TV-friendly forensic psychologist—is the go-to shrink for the Philadelphia District Attorney’s office whenever a twisted killer’s mind eludes other experts. But beneath his Armani pinstripes, he’s still Danny Doyle, the awkward, terrified, bullied boy from a blue-collar mining family, plagued by panic attacks and haunted by the tragic death of his little sister and mental unraveling of his mother years ago.

Returning to a hometown grappling with its own ghosts, Danny finds a dead body at the infamous Lost Creek gallows where a band of rebellious Irish miners was once executed. Strangely, the body is connected to the wealthy family responsible for the miners’ deaths. Teaming up with veteran detective Rafe, a father-like figure from his youth, Danny—in pursuit of a killer—comes dangerously close to startling truths about his family, his past, and himself.

In this masterfully told psychological thriller in the vein of Gillian Flynn’s Gone Girl, the past and present collide to put Lost Creek’s long-lived ghosts to bed. About Tawni O’Dell:
Tawni O’Dell is the New York Times bestselling author of five novels including Back Roads, which was an Oprah’s Book Club pick and a Book-of-the-Month Club Main Selection. Back Roads is currently in development to be made into a film by Michael Ohoven, the producer of the Academy-Award-winning, Capote. She is also a contributor to several anthologies including Becoming Myself: Reflections on Growing Up Female. Her works have been published in over 40 countries.

Tawni was born and raised in the coal-mining region of western Pennsylvania, the territory she writes about with such striking authenticity. She graduated from Northwestern University with a degree in journalism and spent many years living in the Chicago area before moving back to Pennsylvania with her two children.