Helen Giltrow’s debut novel, THE DISTANCE, will be out tomorrow, and she kindly stopped by to answer a few of my questions about it, and more! Please give her a warm welcome! 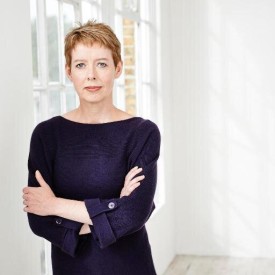 Will you tell us a bit about your new book, The Distance, and what inspired you to write it?
The book’s central character is a woman who calls herself Karla. For years she sold information to criminals, from behind a façade of wealthy respectability. Now she’s trying to distance herself from that past – but she’s plunged back into her old world when a former client, professional killer Johanssen, approaches her. He’s been tasked with what looks like a revenge hit on an inmate within an experimental prison, and to get in, he needs her help. She knows he shouldn’t take the job. She also knows he will, and so to keep him safe, she agrees. Then she discovers his alleged target doesn’t appear to exist …

The book began life – a long, long time ago – with the character of the inmate: someone who’d been caught up in terrible events and was now trying to live with a crippling burden of guilt. But I knew I didn’t want to write from that character’s viewpoint. I’d been messing around with various options when I suddenly realized: the person to tell their story would be the man sent to kill them.

So originally the story was going to be told exclusively in Johanssen’s viewpoint. Karla appeared in the third chapter, as an incidental figure whom he approached for information. But from the moment she opened her penthouse apartment’s door to him she was fully formed as a character – and completely in charge of the situation. I loved writing her. Eventually she just took over.

Charlotte/Karla is a very intriguing protagonist. Why do you think readers will root for her?
Karla’s a professional criminal who doesn’t agonize about the moral aspects of what she does. But she’s also the kind of criminal you’d want as a friend: fiercely loyal, and with a set of boundaries that she will not cross.

She’s very flawed, but I hope that makes her more relatable. She’s addicted to data. She doesn’t take anything on trust: she has to know. And while she’s something of a control-freak, that need to know pushes her into situations where she’s not in control at all. On the surface she’s trying to be a cool professional; underneath, she’s wrestling with emotions that she herself can’t fully acknowledge. 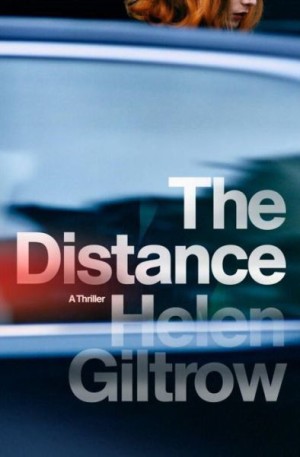 I also like the fact that her alter ego Charlotte Alton seems so ordinary: she’s wealthy but she’s not glamorous, and the people who know her tend to patronize her – they see her as nice, but a bit dull. They have no idea that that niceness, that dullness, is just a cover. She’s the last person anyone would suspect. I think many of us – particularly women, but men too – are like that: we have these different layers of identity, these different personae that other people don’t always get to see.

The Distance is a thriller with a bit of a unique twist. What kind of research did you do for the book?
I did a lot of reading – everything from prison conditions in the US and UK to the training of snipers. I also spent hours with a couple of consultant psychiatrists – and with a police officer friend, who talked through various scenarios with me in astonishing detail.

My researches into the technological side of Karla’s world were trickier. For one thing, the goalposts are moving all the time, techniques and technologies superseding each other at a rapid rate. For another, people don’t always tell the truth about what they can do and how they can do it. So I had to be more careful about that aspect of the book.

I also read a lot about British Intelligence. I have old friends who work within that community – I was bought up in Cheltenham, home to GCHQ (the UK equivalent of the NSA) – but disappointingly, they tell me nothing. Though from a national security perspective that’s probably a good thing.

What is your writing process like?
I’m definitely not a planner. I’ve tried it and it doesn’t work for me. Once I’ve got an idea, it’s a matter of shutting up, listening hard, and writing down what I hear. The story takes shape as I go along. Once in a while I’ll step away from what I’ve written, then come back to it and see what’s working and what isn’t. I don’t talk about what I’m doing and I don’t seek comments on a story until I’ve taken it as far as I can.

After that, however, I’m desperate to know what other people think. I think I’m good at receiving criticism. But once I’ve got it, I go to ground again, and work on the book in isolation until all the revisions are done. I made big changes to THE DISTANCE after it sold, guided by some terrific editorial feedback, but no one knew what I was doing until it was finished.

Have you always wanted to write a novel? Will you tell us more about yourself and your background?
I started writing stories as soon as I could form letters, and it’s something I’ve always done. But I never thought I could earn a living from it, so after university I went into bookselling, and then into educational publishing where I worked as an editor. I was always writing, but I didn’t talk about it much – and not at all at work.

Some people think that editing must be good preparation for writing, but I think they’re completely different roles. As an educational editor you have to be organized and analytical; as a writer you need to be much more instinctive. 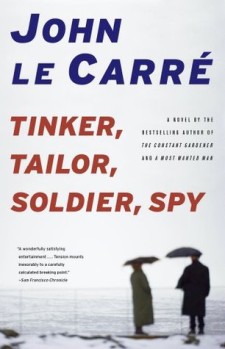 Why suspense? What do you enjoy most about writing, and reading, in the genre?
I’ve been reading crime novels since I was nine or ten. I was one of those kids who would read whatever was lying around – so I started with my dad’s copies of Christie and Conan Doyle (The Speckled Band simultaneously thrilled and terrified me), and I went on from there.

Suspense encompasses such a wide range of subgenres. You’ve got literary thrillers, high-concept techno thrillers, comedy thrillers, out-and-out actioners, psychological thrillers (‘domestic noir’ is very big in the UK right now) – and of course mash-ups of all of the above. So the genre offers both writers and readers a huge amount of choice. THE DISTANCE is an espionage thriller but it’s a prison novel too, and a conspiracy thriller, and the story of a hit … and then there’s this big, unspoken, impossible relationship at its heart.

Suspense also requires the writer to work at telling their story. Suspense novels are about jeopardy, and jeopardy only works when we care about the characters. Suspense novels need heart. But they also place big technical demands on the writer. All the time you’re playing with the reader’s expectations, withholding information, cutting away from scenes at the crucial moment … So often it’s not about what the story is but how it’s told. I love the challenges that writing suspense poses. Except when a story’s not working out. Then it’s a different matter.

What’s one of the first things you can remember writing?
I still have the first book I wrote and illustrated. It’s called ‘Under the Sea’ and it features a shoal of daredevil fish who rescue a mermaid. I was five when I wrote it.

What authors or novels have had the most influence on you?
I was introduced to Le Carré’s Smiley novels by my dad, and they’ve always been a huge influence. But beyond that I have a big list of favourites – headed by Donna Tartt’s brilliant The Secret History.

For darkness and edginess I’d cite Thomas Harris’s Silence of the Lambs and Val McDermid’s The Mermaids Singing – both in turns incredibly dark, and moving, and horrific, and funny. There’s no safety net in those books, no guarantee of a happy resolution. I like that.

The Neon Rain is another of my masterclass novels – James Lee Burke’s use of dialogue and description is astonishing. For handling theme: Dennis Lehane’s A Drink Before the War. And for use of viewpoint it has to be Sarah Waters’ extraordinarily clever and immersive Fingersmith.

I like authors who push boundaries so I’m a big fan of Lauren Beukes; she’s getting better and better with every book. And I think Glen Duncan is just astonishing.

What are you currently reading?
I’ve just finished the new Tana French novel, The Secret Place ¬– I love her Dublin-set crime novels. I’m not sure what comes next. My TBR pile is huge.

When you’re not writing, how do you like to spend your free time?
I like running. Though writing tends to be all-consuming. I vow regularly to lead a more balanced life.

What’s next for you?
Another book. But I won’t be talking about it until it’s finished.

About THE DISTANCE:
A dark, ultra-contemporary, and relentlessly paced debut thriller about a London society woman trying to put her secret criminal past behind her, and the hit man who comes to her with an impossible job she can’t refuse.

Charlotte Alton is an elegant socialite. But behind the locked doors of her sleek, high-security apartment in London’s Docklands, she becomes Karla. Karla’s business is information. Specifically, making it disappear. She’s the unseen figure who, for a commanding price, will cover a criminal’s tracks. A perfectionist, she’s only made one slip in her career—several years ago she revealed her face to a man named Simon Johanssen, an ex-special forces sniper turned killer-for-hire. After a mob hit went horrifically wrong, Johanssen needed to disappear, and Karla helped him. He became a regular client, and then, one day, she stepped out of the shadows for reasons unclear to even herself. Now, after a long absence, Johanssen has resurfaced with a job, and he needs Karla’s help again. The job is to take out an inmate—a woman—inside an experimental prison colony. But there’s no record the target ever existed. That’s not the only problem: the criminal boss from whom Johanssen has been hiding is incarcerated there. That doesn’t stop him. It’s Karla’s job to get him out alive, and to do that she must uncover the truth. Who is this woman? Who wants her dead? Is the job a trap for Johanssen or for her? But every door she opens is a false one, and she’s getting desperate to protect a man—a killer—to whom she’s inexplicably drawn. Written in stylish, sophisticated prose, The Distance is a tense and satisfying debut in which every character, both criminal and law-abiding, wears two faces, and everyone is playing a double game.