Please welcome Gail Z. Martin to the blog! Her new urban fantasy, DEADLY CURIOSITIES, will be out in a couple of weeks from Solaris, and she stopped by to answer a few questions about the new book, and much more! 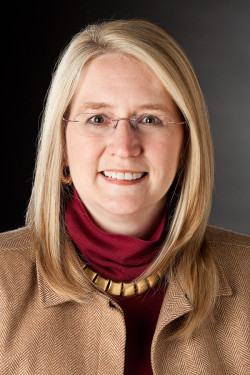 Congrats on the new book! Will you tell us a bit about Deadly Curiosities and what inspired the story?
With Deadly Curiosities, the inspiration came from several sources. I had visited Charleston several times, and left convinced that it would be a fantastic place for an urban fantasy. That was where things started. Then my dad passed away, and in the process of going through all his odd collections, I started to think about the hold that objects have on our imagination and our memory, and that just went in a haunted direction….

I happen to own a beautiful pair of opera glasses… just like the ones in the book….

What did you like most about writing the character of Cassidy Kincaide, and why do you think readers will root for her?
I’ve had a lot of strong, interesting women characters in my epic fantasy books, but Cassidy is my first female main character. The story is also set in the modern era, so it’s a very interesting departure from what I’ve done before.

Cassidy has an unusual psychic gift—psychometry, the ability to read the history of objects by touching them. The gift runs in her family, and it turns out, so does the mission of running Trifles and Folly to get dangerous magical items off the market. She’s still learning about her gift, testing what she can do. Cassidy is relatively new to running Trifles and Folly, an antique store in Charleston which she inherited from an uncle, and along with it, an obligation to the Alliance. The Alliance is a secret organization of mortals and immortals who work to keep magically malicious objects out of the wrong hands. It’s a lot to take in, and she’s still getting used to it all.

I think readers will like Cassidy because she’s the kind of person who gets through her fears to do the right thing. She’s fun and she has a great sense of humor, and she’s also got this really spooky psychic gift that she’s learning how to use. She’s a lot of fun as a character.

Incidentally, if you like Cassidy and you want to see more about her before the next book comes out in 2015, please take a look at my Deadly Curiosities Adventures short stories on Kindle, Kobo and Nook—Buttons, Coffin Box and Wicked Dreams feature Cassidy, as does the free novella on Wattpad, The Final Death. You’ll meet some very interesting people in Cassidy’s neighborhood!

You’ve definitely got to tell us more about Sorren…

Sorren is a nearly 600 year-old vampire, and he has been part of the Alliance since his maker was destroyed. Before he was turned, he was the best jewel thief in Belgium, until an unlucky night left him running from the guards and hiding in the cellars of an old building, where a stranger made him an offer he couldn’t refuse.

Sorren is a pretty interesting character. I write short stories in the Deadly Curiosities universe for ebook direct to Kindle, Kobo and Nook, and several of the stories are from Sorren’s point of view: Vanities, Wild Hunt and Dark Legacy, so far. You can also see more about Sorren in the short stories from the 1700s, Steer a Pale Course, Among the Shoals Forever, and The Low Road. 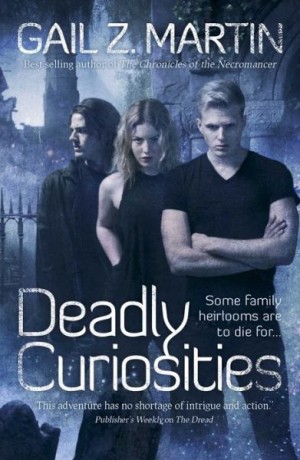 Deadly Curiosities features a 500 year old vampire and an antique curio store, and much more! What kind of research did you do for the book?
I did a lot of research on Charleston itself, usually when I needed to find something specific, or fact-check the date of a hurricane, or some other obscure point. And since I weave in both Voudon and Hoodoo, there’s a lot of research there to represent these belief systems respectfully and accurately, while still having the details needed for the fiction. But I was a history major, so research is cool.

What is your writing process like?
My brain doesn’t kick in for actual creative work until around 2 p.m., so I use the mornings for working out, running errands, doing phone calls and email and social media. Then I write from 2 until 8 or so. I stare at the screen until something comes together. When I need a break, I jump out to Facebook or Twitter or a news site, and come back again. Lots of coffee.

You’ve undoubtedly influenced many writers with your work, but what authors or books have influenced you the most?
Too many to list! David Drake mentored and encouraged me, for which I am very grateful. I was certainly influenced by Katherine Kurtz’s Deryni series, as well as Chaim Potok’s “My Name is Asher Lev.” And of course, all those Twilight Zone and Night Gallery TV shows I watched, along with Dark Shadows, and all the books of ghost stories!

If you could experience one book again for the very first time, which one would it be?
All the Nancy Drew/Hardy Boys/Trixie Belden/Meg/Alfred Hitchcock and the Three Investigators books I read when I was what we now call “middle grades.” I will always remember those fondly. They sparked my love of adventure and mystery.

What do you like to see in a good book? Is there anything that will make you put a book down, unfinished?
I like to read about characters that are likeable, not reprehensible. I have limited free time. I don’t want to spend it with fictional jerks. I will put a book down if everything is amoral and there are no good guys. The good guys can be scarred and compromised and flawed and have PTSD out the wazoo, but in the end of the day, I’m looking for someone who has honor.

When you’re not writing, how do you like to spend your free time?
With three active book series, a monthly short stories and nine anthologies in 2014, there isn’t much free time, but I like to spend it with my three kids and my husband and our two dogs. I love to travel, and I love to read stuff I didn’t write!

What’s next for you?
I’ll be writing Iron and Blood: A Jake Desmet Adventure, this summer. It’s the first book in a new Steampunk series from Solaris, and I’m very excited about it since I’ll be officially co-authoring with my husband, Larry N. Martin. Then it’s on to writing the second Deadly Curiosities novel, and then the fourth Blaine McFadden (Ascendant Kingdoms) epic fantasy. Plus a short story each month, and a couple more anthology contribution, as well as a couple of Kickstarters where I’m a participant. Never a dull moment!

I’ll be celebrating the launch of Deadly Curiosities the whole week of June 22-29 with more than 30 different guest blog posts, a Facebook launch party featuring prizes, guest authors and surprises, podcasts, three different excerpts, a Reddit give-away/AskMeAnything and a Goodreads party/give-away. Get all the details at www.DeadlyCuriosities.com, follow me on Facebook.com/WinterKingdoms or on Twitter @GailZMartin!

And I’ll be signing Deadly Curiosities in major cities across the U.S. and in England, Wales and Scotland this summer—the full book tour schedule is on my website, so please stop by and say hello! About DEADLY CURIOSITIES:
Cassidy Kincaide owns Trifles & Folly, an antique/curio store and high-end pawn shop in Charleston, South Carolina that is more than what it seems. Dangerous magical and supernatural items sometimes find their way into mortal hands or onto the market, and Cassidy is part of a shadowy Alliance of mortals and mages whose job it is to take those deadly curiosities out of circulation.

Welcome to Trifles & Folly, an antique and curio shop with a dark secret. Proprietor Cassidy Kincaide continues a family tradition begun in 1670—acquiring and neutralizing dangerous supernatural items. It’s the perfect job for Cassidy, whose psychic gift lets her touch an object and know its history. Together with her business partner Sorren, a 500 year-old vampire and former jewel thief, Cassidy makes it her business to get infernal objects off the market. When mundane antiques suddenly become magically malicious, it’s time for Cassidy and Sorren to get rid of these Deadly Curiosities before the bodies start piling up.

About the Author:
Gail Z. Martin writes epic and urban fantasy, steampunk and short stories. She is the author of the Chronicles of the Necromancer series, the Fallen Kings Cycle series and the Ascendant Kingdoms Saga series of epic fantasy books, as well as the Deadly Curiosities urban fantasy world and coming in 2015, Iron and Blood, a Steampunk novel, co-written with Larry N. Martin. Gail is a frequently contributor to US and UK anthologies. She also writes two series of ebook short stories: The Jonmarc Vahanian Adventures and the Deadly Curiosities Adventures.

Find her at www.ChroniclesOfTheNecromancer.com, on Twitter @GailZMartin, on Facebook.com/WinterKingdoms, at DisquietingVisions.com blog and GhostInTheMachinePodcast.com. She leads monthly conversations on Goodreads https://www.goodreads.com/GailZMartin and posts free excerpts of her work on Wattpad http://wattpad.com/GailZMartin. An original novella set in the Deadly Curiosities universe, The Final Death, is available free on Wattpad here: http://www.wattpad.com/story/15334006-the-final-death