Carrie Patel’s debut novel, THE BURIED LIFE, comes out on July 29th from Angry Robot, and she’s kindly answered a few of my questions about the new book, and much more! 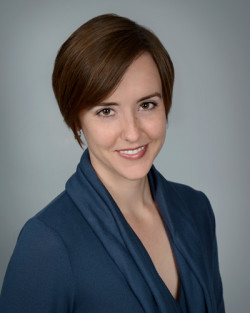 Congratulations on your upcoming book, THE BURIED LIFE! Will you tell us a little about it and what inspired you to write it?
Thank you! It’s about murder, secrets, and forbidden history, all set in an underground city. The inspiration came from a study trip to Argentina, where I got to see the incredible Recoleta Cemetary, which itself looks almost like a miniature city made of marble. It got me thinking about what a place like that would be like, particularly if all of the major spaces were underground, and the whole place embodied the sort of forbidding grandeur that you see in these mausoleums. It was just an interesting notion for a couple weeks, and then I had a twenty-hour bus ride from Bariloche back to Buenos Aires, and the idea soup percolated and congealed into a setting, characters, and the beginnings of a plot.

What kind of research did you do for the book?
People have built an incredible variety of underground spaces all around the world and at different moments in history. They provide great reference points, particularly since we’re generally used to thinking of cities as accretions of positive space rather than carved-out negative space. Cappadocia is one famous example of underground architecture, and the Wieliczka salt mine is another. Compiling a catalogue of places like this was important in developing a strong sense of place for Recoletta, the underground city in which The Buried Life is set.

Will you tell us more about Inspector Liesl Malone and her partner Rafe Sunder. What do you think makes them compelling protagonists?
They’re opposites in many ways—she’s experienced and he’s new to the force, she’s a loner and he’s a people person—so watching them work together and learn from each other is a lot of fun and brings out their faults and fears. They’re both committed to solving the crime, but for different reasons. Malone is rigid and by-the-book, and she wants to catch the murderer because he threatens everything that makes the city run as it should. Sundar is more concerned about the human side of things. Even though Malone is teaching him the tricks of the trade, he’s forcing her to question her own motivations and her lack of empathy. 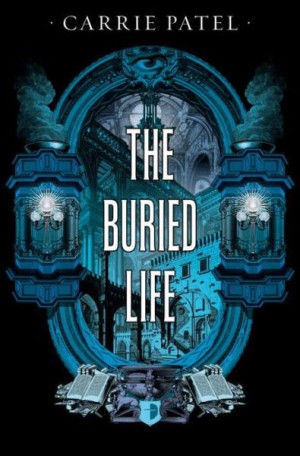 Will you tell us more about yourself and your background? Have you always wanted to be a writer?
I’ve definitely always wanted to be a writer, but the leap from “It would be cool to write books…” to “I can write books!” can be a long one. I grew up reading a lot, but it wasn’t until I started working on The Buried Life that I really started writing with the goal of creating something that might one day be published. Writing, like many pursuits, is something you learn by doing, and while I drafted and revised and continued honing my prose, I studied international affairs in graduate school and got a respectable, practical job in transfer pricing (which I’m still grateful for). Now, I work as a narrative designer for Obsidian Entertainment, which gives me yet another avenue to do what I love—write stories and characters.

What’s one of the first things you can remember writing?
When I was in sixth grade, my class put together an anthology of short stories. I wrote this ten-page medieval fantasy about a king, his loyal knights, a battle in the woods, and mistaken identities. It was called “The Odyssey of England” because The Odyssey is epic and stories about knights take place in England, right? I’d hate to re-read it now and shatter my illusions of 11-year-old genius, but I remember having a swell time writing it.

What, or who, has influenced your writing the most?
Beginnings are always important. The Chronicles of Narnia were some of the first books I remember picking up more or less on my own and really loving. While I’m not sure I really write like C. S. Lewis, I remember being immersed in his world, wrapped up in his characters, and charmed by his avuncular voice. It was one of the early experiences that got me thinking that reading books was lots of fun, so writing them was probably pretty cool, too.

Why speculative fiction? What do you enjoy most about reading, and writing, in the genre?
You can make everything up! It’s incredibly convenient as long as you take good notes and keep up with all of your inventions. In all seriousness, I enjoy reading a variety of genres, but there’s something special about speculative fiction, even when the speculative elements are relatively light. They add a sense of mystery and wonder, and the story can be as big as you can imagine it. When you’re reading a good speculative fiction book and waiting to see what the heroes will discover at the end of their journey, what they’ll find on the other side of the airlock, or where their latest revelation will lead them, you know that anything’s possible.

If you could experience one book again for the first time, which one would it be?
The Name of the Rose. It’s one of my all-time favorites—I loved Umberto Eco’s characters, his mystery plot, the prose (in William Weaver’s translation), and the theological arguments woven in with all the rest. With all that in mind, it’s probably one of the few books I’d consider re-reading, but there’s nothing like experiencing a book for the first time.

What are you currently reading, and what books are you looking forward to reading in the near future?
I’m just finishing Ann Leckie’s Ancillary Justice, a brilliant space opera, and I’m really looking forward to Max Gladstone’s Two Serpents Rise. I loved his Three Parts Dead, and I’ve heard nothing but praise for his follow-up.

When you’re not writing, how do you like to spend your free time?
I’m a woman of simple pleasures. I like a glass of wine and a good book in the evening. Catching up on Game of Thrones with the husband. Taking Maggie the dog for her nightly constitutional. Playing video games.

What’s next for you?
Cities and Thrones! I’m working on the sequel to The Buried Life, and while the first book will end with surprises for the readers and the characters, the second will have plenty more. In the meantime, I’m also writing for Pillars of Eternity, Obsidian Entertainment’s upcoming RPG.

About THE BURIED LIFE:
The gaslight and shadows of the underground city of Recoletta hide secrets and lies. When Inspector Liesl Malone investigates the murder of a renowned historian, she finds herself stonewalled by the all-powerful Directorate of Preservation – Recoletta’s top-secret historical research facility.

When a second high-profile murder threatens the very fabric of city society, Malone and her rookie partner Rafe Sundar must tread carefully, lest they fall victim to not only the criminals they seek, but the government which purports to protect them. Knowledge is power, and power must be preserved at all costs…