Fantasy Catching up with Michael R. Underwood, author of Shield and Crocus

Catching up with Michael R. Underwood, author of Shield and Crocus

Michael R. Underwood’s brand new fantasy, SHIELD AND CROCUS, just came out yesterday, and he stopped by to answer a few of my questions about it! Please welcome him back to the blog! 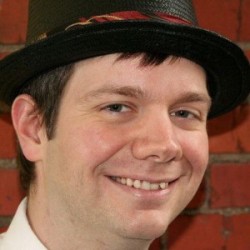 Congrats on the new book! Will you tell us a little about Shield and Crocus, and what inspired you to write it?
Shield and Crocus is a Fantasy Superhero set in a city built among the bones of a titan. A group of revolutionaries fight to free their home from a group of tyrants that have carved up the city between them and use the populace as their personal playthings. As the book starts, the Shields strike a bargain with one of the tyrants to tip the balance of power, knowing full well they will be betrayed.

Shield and Crocus is a book with a lot of history for me. It started as a short story at the Clarion West Writers Workshop in 2007 during the third week, where Graham Joyce was our instructor. I wanted to write a New Weird story, and ended up doing so by way of Superheroes, setting out to use the two genres to awesomeify one another.

What made you decide to go full on fantasy after writing your Ree Reyes series?
I’ve never wanted to write just one kind of story. My published short stories are all science fiction, and the ideas I have in the medium-to-long-term span many subgenres of the fantastic and beyond. I have a long-standing love of both superheroes and epic fantasy, and when a classmate turned in an amazing New Weird story to Clarion West during Week 2, it inspired me to push my already-active genre-mashing instincts up to the next level.

Will you tell us a bit about First Sentinel and the Shields, and why you think readers will root for them?
First Sentinel has been fighting a losing battle for fifty years by the time we join him. He’s lost friends, mentors, and the love of his life in the struggle against the tyrants, and is basically down to running on guilt and rage. 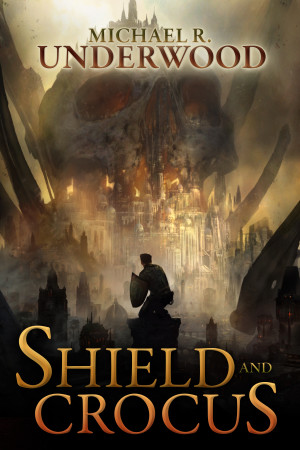 The Shields are bigtime underdogs. There are only six of them, with a network of dozens of allies, but their enemies control the entire city, each with their own private army. Numerous Shields have died over the years, and yet more step up to take their places, knowing full well the dangers.

I wrote the Shields to be heroes in the truest way I know how to write. They put their lives on the line day after day to protect the people of the city , to fight against the forces that threaten the populace, and carry on after countless defeats. They are the city’s best and brightest, dreaming of a time when the city could belong to the citizens once more.

What kind of research did you do for the book?
All of the research for this came from a lifetime of reading superhero comics and from some thorough study of the New Weird subgenre of fantasy back when I was in college.

There’s also a fair bit of my love for cities in the book, and Audec-Hal draws extensively on my childhood love for New York (I lived in Brooklyn for three years as a kid), with the close juxtaposition of people from many different backgrounds, the hodgepodge of old and new buildings, and the way that the flow of people is like the lifeblood of a city (leading the streets to be known as veins).

Is the plan for this to be the first of a series?
Shield and Crocus is very much the Star Wars: A New Hope of this world – it’s a contained story, but is planned as part of a larger narrative, with backstory to investigate (no Gungans), and a vision for a larger story. Jet City Comics, the sister imprint to 47North, is working on an original Graphic Novel set in Audec-Hal, based on an outline I provided. If Shield and Crocus takes off, I have many more stories to tell in the world, but they’ll all support the overall narrative (no endlessly ballooning series, here).

Worldbuilding is very important in books like Shield and Crocus, but what are a few of your favorite literary “worlds”?
Oh, that’s so tough. There’s worlds I’d love to live in, like the Wizarding World of Harry Potter (assuming I had magic), worlds I’d love to explore but be able to go home from (like China Mieville’s New Crobuzon, N.K. Jemisin’s Gujaareh, and Catherynne M. Valente’s Fairyland). I love intricate, textured worlds that you could just step right into, like Brandon Sanderson’s Roshar, but also the scarily possible worlds like the near-future soft apocalypse of Octavia Butler’s The Parable of the Sower.

Some worlds scratch my sociological SF itch, others delight my folklorist brain, and others are just incredibly exciting. Overall, I’m a big sucker for a well-realized world.

Have you read any good books lately?
Most of what I read is for work, but I’ll start with a non-work recommendation – Dirty Magic, by Jaye Wells. This is the start of a new series for Wells, already a USA Today bestseller with her Sabina Kane series. Dirty Magic is pitched as The Wire with magic, and the comparison is apt.

Wells captures a grittier tone I’d most commonly associate with crime fiction, and paints a scarily believable world where the war on magic replaced the War on Drugs, with a Magic Enforcement Agency, and a rust belt city that’s being consumed from the inside by Dirty Magic, unreliable potions and workings that can be addictive, unpredictable, and lethal. I loved Dirty Magic, and the next book in the series, Cursed Moon, comes out in August.

What’s next for you?
I’m currently working on editorial revisions for The Younger Gods, the first in a new urban fantasy series starring the only moral son from a family of demon worshippers. When that’s done and submitted, I’ll be doing the first round of revisions for Hexomancy, the third Ree Reyes novel, which flows directly out of the plot of Attack the Geek.

I’m also hitting a bunch of conventions this year – CONvergence, WorldCon (where I’ll be joining the rest of the Hugo-nominated Skiffy and Fanty Show co-hosts at the Hugos!), New York Comic-Con, and more.

About SHIELD AND CROCUS:
In a city built among the bones of a fallen giant, a small group of heroes looks to reclaim their home from the five criminal tyrants who control it.

The city of Audec-Hal sits among the bones of a Titan. For decades it has suffered under the dominance of five tyrants, all with their own agendas. Their infighting is nothing, though, compared to the mysterious “Spark-storms” that alternate between razing the land and bestowing the citizens with wild, unpredictable abilities. It was one of these storms that gave First Sentinel, leader of the revolutionaries known as the Shields of Audec-Hal, power to control the emotional connections between people—a power that cost him the love of his life.

Now, with nothing left to lose, First Sentinel and the Shields are the only resistance against the city’s overlords as they strive to free themselves from the clutches of evil. The only thing they have going for them is that the crime lords are fighting each other as well—that is, until the tyrants agree to a summit that will permanently divide the city and cement their rule of Audec-Hal.

It’s one thing to take a stand against oppression, but with the odds stacked against the Shields, it’s another thing to actually triumph.

In this stunning, original tale of magic and revolution, Michael R. Underwood creates a cityscape that rivals Ambergris and New Crobuzon in its depth and populates it with heroes and villains that will stay with you forever.