Please welcome Walter Jury to the blog! SCAN, his new book with S.E. Fine, just came out this month, and he was kind enough to answer a few questions about the book, and more! 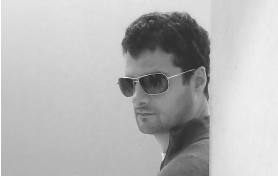 Congrats on the new book! Will you tell us a little about SCAN and what inspired you to write it?
SCAN was inspired by an article I read on Grantland.com that was a recap on the disappointing performance of COWBOYS & ALIENS. As I read, I thought to myself about how I would tell a story of aliens landing on Earth prior to the advent of modern technology. It was instantly inspired and I took to it after some encouragement from Joanna Volpe, with whom I work closely at my day job (she happens to be a brilliant agent). SCAN is the story about a boy coming of age and using the skills that his domineering father drilled into him. The macro-pitch is a story of aliens arriving on Earth before the advent of modern technology and how that mythology comes to light as a result of a rebellious act by a teenage boy in a grounded present-day setting.

You have a film background, but have you always wanted to write a novel? Will you tell us a little more about yourself and your background?
After finishing college and attending law school, I packed my car and moved to LA, determined to build a career in the entertainment industry. After received advice from a number of people I met in LA, I read the book MAILROOM by David Rensin and sought an entry-level position at one of Hollywood’s major talent agencies. After nine months of searching, a great agent hired me for my first assistant position and it was there that I received the bulk of my training to be an active producer/representative of talent. Two years later, I moved to Manhattan and started my own management & production company. In New York, I teamed up with the literary agents with whom I currently work and continue to represent writers in all areas, and also produce film and television properties.

Because I actively work with writers to develop stories in multiple formats, including books, scripts, etc., it felt natural to try my hand at writing when I felt inspired by an idea that felt very commercial and timely. I wouldn’t say I have always had the ambition to write a novel, but when I began to write, it felt like all the years of being in the vicinity of working screenwriters and established authors, as well as their agents and managers, helped make the task of writing more seamless for me. 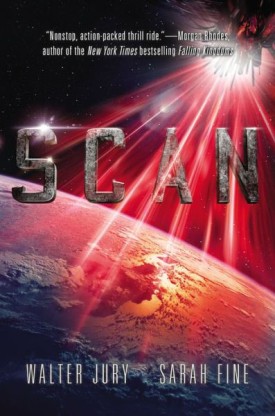 Why do you think readers will root for your protagonist, Tate?
Tate is a real superstar, as his father trained him to be. But he is human and he suffers from his immaturity and emotional nature at times. Those flaws make him endearing and we really want to root for him. He makes mistakes and he suffers the consequences for those mistakes. There is an air of relatability in Tate, that I think everyone can view.

You co-wrote SCAN with Sarah Fine. Please tell us how the collaboration worked, and what the writing process was like?
During my day job as a manager/producer, I spend a great deal of time developing and giving feedback on screenplays and manuscripts. As a result, it felt very organic for me to go from giving creative feedback to developing my own ideas, and collaborating with a superb co-author to get those ideas down on the page. Sarah is just an amazing writer in general (check out her other series!), and we had a lot of fun going back and forth and working together.

What do you enjoy most about writing for a young audience?
To be honest, I don’t see readers in black and white terms of young or old. A great story is a great story–and I think audiences of all ages appreciate great story-telling. I’m so glad that authors like JK Rowling, Suzanne Collins, Veronica Roth and countless others have written such accessible stories that readers, both young and old, alike love. I just hope that we can tell a great story that everyone will love.

What do you like to see in a good book? Is there anything that will make you put a book down, unfinished?
Ok, this answer will have to be reached via a tangent. I love the New York Football Giants and quarterback Eli Manning. Manning’s family tale of having a father and two sons each selected Number 1 in the NFL Draft is incredible and has always fascinated me. Someone asked Archie, Eli and Peyton’s father, how he was able to raise such high achieving sons. Archie, to paraphrase, responded, “I just told them to finish what they start.” I think that is a great rule of thumb–and I try to follow that. As a result, I hate to not finish books. It makes me feel guilty. That said, as part of my job, I need to read quite a few books–we literally have new material coming in daily. So I only want to put a book down in two circumstances–if (a) the book is simply poor writing and/or (b) if it is predictable and I can see it coming beat for beat from a mile away. Generally if the writing just isn’t on a high enough level, then it will also be predictable.

As for what makes a book great–I love authors who just tell a unique story in a compelling, gripping fashion. There is nothing quite like being so enthralled in a story that you cannot put it down. The worst sunburn I ever experienced was because of I simply couldn’t put THE HUNGER GAMES down–I was enraptured. Further, I am in admiration of writers who can really put together sentences in efficient but unique ways. There is a real art to that skill that I love.

What’s next for you this year, and beyond?
BURN, the sequel to SCAN, releases in 2015. Without giving away any spoilers for either book, I would say that BURN is another incredible thrill ride, where we as readers, watch and learn along with Tate, all of the vast mythology behind the arrival and sharing of our planet with other extra-terrestrial and nearly identical lifeforms. The action never lets up as enemies come in from unexpected angles while leading to surprise alliances and rivalries. While we don’t give away much here, we can tell you to put your seatbelt on and enjoy the ride!

About SCAN:
Tate and his father don’t exactly get along. As Tate sees it, his father has unreasonably high expectations for Tate to be the best—at everything. Tate finally learns what he’s being prepared for when he steals one of his dad’s odd tech inventions and mercenaries ambush his school, killing his father and sending Tate on the run from aliens who look just like humans.

All Tate knows—like how to make weapons out of oranges and lighter fluid—may not be enough to save him as he’s plunged into a secret interspecies conflict that’s been going on for centuries. Aided only by his girlfriend and his estranged mother, with powerful enemies closing in on all sides, Tate races to puzzle out the secret behind his father’s invention and why so many are willing to kill for it.

About Walter Jury:
Walter Jury was born in London, has a background in the film industry, is a big fan of the New York Giants, and enthusiast of Jamba Juice’s Protein Berry Workout smoothie only with soy, never whey. “Scan” is his first book for teens. Oh, and under his real name, he’s a producer of one of 2014’s biggest blockbusters. Let’s just say he “diverges” in his career from film to literature quite well.

About S.E. Fine:
Sarah Fine was born on the West Coast, raised in the Midwest, and is now firmly entrenched on the East Coast, where she lives with her husband and two children. She is the author (as Sarah Fine) of several young adult books, and when she’s not writing, she’s working as a child psychologist. No, she is not psychoanalyzing you right now. 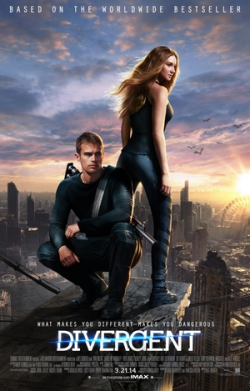 Named to The Hollywood Reporter’s Next Gen Class of 35 top executives 35 and under, Pouya Shahbazian marks his major motion picture feature producerial debut with the highly anticipated book-to-film adaptation of the sci-fi adventure story “Divergent.”

He has launched some of the world’s hottest literary bestsellers while representing more than 100 international authors as head of the Manhattan-based New Leaf Literary & Media’s film & television division. In addition, Shahbazian represents screenwriters and playwrights as they develop and produce countless film, television and literary projects.

After working as an attorney in Los Angeles, Shahbazian entered the entertainment industry at Warner Brothers and later joined The Broder-Webb-Chervin-Silbermann Agency’s motion picture literary department. He co-founded ManDown Pictures & Management in 2007, where he developed and produced the Independent Film Channel (IFC)’s travel series “Young, Broke & Beautiful” that The New York Times described as a travel show that takes viewers to “places that would give those Frommer’s guys the willies.”

Under the pen name Walter Jury, Shahbazian debuts as an author himself with two young adult sci-fi novels – “Scan” on May 1, 2014 and its sequel “Burn” in 2015 – with Putnam Young Readers of Penguin Random House. He resides in Manhattan with his wife and young son.