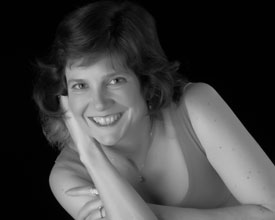 Welcome back, Marcella! Will you tell us a little about your new book, NIGHTMARE INK?
It’s an Urban Fantasy set in Ballard, a neighborhood in north Seattle. Isa Romanchzyk runs a tattoo shop called NIGHTMARE INK. It would all be very normal, except that in Isa’s Seattle, magic appeared in the world and now, what she and other Live Ink artists draw can come to life. The short answer to ‘what’s the story about’ is: “If you’re going to sew a second soul to your hide, don’t you think the two of you ought to get along?”

What did you enjoy most about writing Isa, and why do you think readers will root for her?
There’s an easy way to answer this, but it’s 100% spoiler. So let me see if I can talk around it. Isa has some issues with low self-worth, which is easy to say, because I think most of us do. She has this belief that, at her core, she’s not loveable. She believes that anyone who knows all of her secrets will reject her out of hand. All of this is the long way of saying the gal’s got secrets and she’s a little messed up over it. But she’s also really clear that she can help people. It’s a big part of what drives my slightly socially awkward heroine.

Did you do any specific research for the book?
I had to know a little bit about tattoos and how tattoo artists operate. Most of that didn’t make it into the book, since the action of the story isn’t about how tattoos are done. At least, not tattoos like my research sources talked to me about. Magic tattoos, yes. It was all about how those went on a person and how they came off. Sure, I had to make up the rules for Live Ink, but I felt like they had to have some basis in how normal tattoos are done. Another surprising lot of research I had to do was into how the police would interact with a consultant. I have the Seattle Police Department relying on Isa as a Living Tattoo expert. I had NO clue how the police department would work with her. Then when a version of the FBI got into the middle of the story, I needed to know how the police and the FBI would work together. Fortunately, I have a dear friend who is now a retired police officer (he wasn’t retired while I was asking him naïve questions). He very patiently talked me through everything. 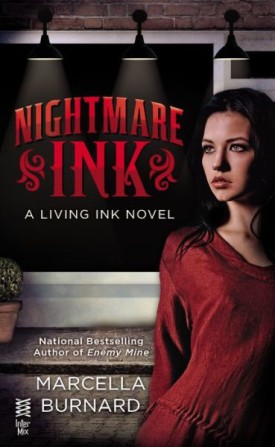 What is your writing process like? Are you a plotter or a pantser (or a little of both)?
I am a panster who desperately wishes she were a plotter so she could WRITE FASTER. Dang it. Pantsing means that I over write. I wander down side trails and dead ends. Some books, I wind up writing twice over just from a word count standpoint. Also, I resent every single second I spend staring at the flashing cursor wondering what comes next.

What do you enjoy most about reading, and writing, SFF?
Anything is possible. Limited only by my vision and imagination. I love that all abilities, sexes, races, colors, numbers of appendages, talents for singing colors – whatever – it’s all potentially useful. No one need be marginalized. That isn’t to say that I can ignore human nature and the urge to divide other living things into an us versus them model. Unless the fundamental brain structure of homo sapiens changes, that tendency isn’t likely to change…but look. Most of us have probably had three separate ideas about what kinds of evolutionary pressure would alter the human brain. That’s the fun of reading and writing SFF. Anything is possible and you never know what you’re going to get.

The last time we chatted was wayyy back in 2011. I assume you’ve read a few good books since then?
Oh yes! Now I suppose you want me to remember what those are…I’ve gotten to read all of Jeffe Kennedy’s books and enjoyed the heck out of those. One of my favorite series was THE HALLOWED ONES and THE OUTSIDE by Laura Bickle – Amish vampires. What’s not to like? Frankly, I’m waaaay behind on reading fiction. I’ve been reading a lot of nonfiction while researching different storylines. I’m not even caught up on Meljean Brooks’s IRON SEAS series and I love those books.

What’s next for you?
The sequel to NIGHTMARE INK will be BOUND BY INK. That’s out in November. I’m also working on a third book in the SFR series (Enemy Within, Enemy Games – and this new one, tentatively titled Enemy Storm).

About NIGHTMARE INK:
With her art and magic, Isa Romanchzyk has the power to create or destroy. In her tattoo shop, Nightmare Ink, Isa helps those in need by binding the power embedded in their Live Ink—the magical tattoos that can enhance the life of the wearer, or end it. But binding tattoos has earned Isa the contempt of her fellow artists—including her former lover Daniel.

When a friend comes to the shop with a tattoo on the verge of killing him, Isa can’t turn him away. For the first time in years, she works Live Ink—something she swore she’d never do again. But a broken vow soon becomes the least of her problems.

The real nightmare begins when she’s abducted and inked with a Living Tattoo against her will. Now, saddled with a powerful, amoral entity willing to do anything to win his freedom, Isa must fight to keep her Living Tattoo from consuming her completely…