Daniel Levine’s debut novel, HYDE, just came out in March, and he was kind enough to answer a few of my questions about the new book, and more! 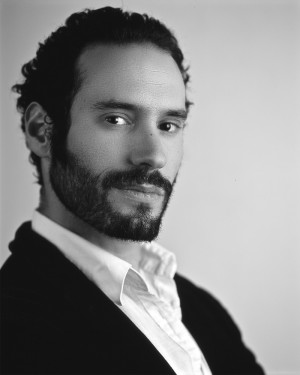 Congratulations on your new book, HYDE! Have you always wanted to be a writer? Will you tell us a little more about yourself and your background?
In fifth grade I wrote an essay envisioning my life in twenty-five years. I imagined myself as a horror writer, divorced from my wife who wanted me to be a lawyer instead. I was fortunate to grow up in a house filled with books. My parents are voracious readers and academics—my mother a professor of Spanish Literature and my father a physicist. They read to me (and my brother) over the years. I loved storytelling, the genuine suspense of not knowing what would happen next, the sleights of hand. I loved too the special voice a storyteller takes on. The storyteller must be a kind of outsider, looking in on the drama, observing with sharpened senses, distinct from the rest of humanity by virtue of his/her narrative power. I think I’ve always felt like an outsider in this sense: that I was observing with keen interest the action around me, and responding to it with colorful emotional analysis. The events of my life, compared with others, haven’t been especially dramatic or difficult: a happy childhood in the New Jersey suburbs, good schooling, violin lessons, athletics, a fine college education, graduate school. No abuse or trauma or strife, not like my Henry Jekyll, certainly. But I lead a rich inner life, romantic, brooding, and grand. It’s the urge to birth this inner life that drives writers to write, I imagine. It was my natural impulse. I’ve never wanted to do anything else.

Will you tell us more about Hyde and what made you decide to take on such a beloved classic? What about the original story resonates with you the most, and why did you decide to tell the story from Hyde’s point of view?
I read Stevenson’s novella originally in high school, and what I noticed even then was the frustrating vagueness surrounding Hyde’s supposedly “evil” activities. He’s bad, but we don’t know why—and the accounts of his “badness” come from highly biased sources, mostly Jekyll and his society friends. There was a neglected perspective here, a blank space on the map to explore. The other characters’ viewpoints are fairly well accounted for, and Jekyll has the final say in the story. Hyde is a gap, a notable absence. The other thing I noticed upon rereading the original were the inconsistencies in Jekyll’s behavior. He’s supposed to be the “good guy.” Yet Jekyll is manipulative, deceitful, opaque, and self-destructive, seeming to flirt with exposing his secret. He also created the dire situation, and Hyde, in the first place. It occurred to me: Jekyll wants to be caught; he wants to be destroyed. His story is a flight toward suicide. No version of Jekyll and Hyde had examined this particular, fascinating aspect. 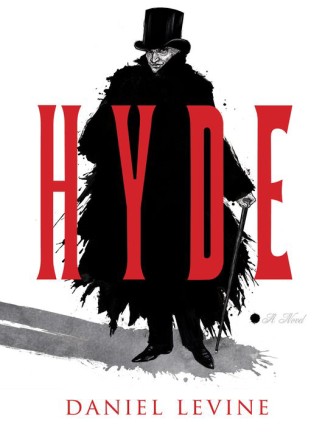 What is your writing process like? Are you a plotter or a pantser?
Hyde made a plotter out of me. I began by trying to feel my way through the story, but the plot was far too complex for this instinctual approach. At last I realized I had to know what would happen in advance. I took a page from Nabokov’s book and charted out the plot points on index cards, which forced me to envision the whole arc of the story. I think I’ll continue to write this way: to see the trajectory, plot out the major events, and then leave the finer details to the instinct of the moment.

What kind of research did you do for the book, other than of the original story, and what was one of the most interesting things you learned?
For a year before I began to write, I read: Victorian histories, biographies, novels, poetry, essays, contemporary retellings of period classics. I watched films and BBC adaptations that took place in old London: Dickens, Thackeray, Galsworthy, Austen. I also read newspapers of the times, in particular those related to a wonderful piece of Victoriana I came across in my research—the scandal of the Maiden Tribute of Modern Babylon, which exposed the odious trade in virgin girls which was somewhat rampant in the 1880s. The crusading editor of the Pall Mall Gazette undertook to infiltrate this horrific world, going so far as to purchase a teenage virgin just to prove it could be done. He then wrote a series of self-righteous articles in the Gazette which illuminated the issue and fired everyone up. This editor, W.T. Stead, actually provided an interesting foil to Dr. Henry Jekyll—an inquisitive, “well-meaning” man going too far, into the realm of evil, in order to explore and expose it.

If you could experience one book again for the first time, which one would it be?
There are a few. One of my absolute favorites is Ishiguro’s Remains of the Day. It’s so masterfully taut and controlled, so intricately plotted, yet seemingly effortless and meandering, and ultimately, quite heartbreaking.

It’s a pretty perfect novel, and I’m envious of anyone who gets to read it with fresh eyes.

What do you like to see in a good book? Is there anything in particular that will make you put a book down, unfinished?
I tend to prefer first-person narratives, particularly when the narrators are unreliable, unstable, possibly depraved individuals—yet charismatic, urbane, masters of style. I like a colorful, sensual, vibrant voice, yet not overly poetic for poetry’s sake, nor excessively windy. And I like a driving plot, a muscular story, with a dark edge, an intimation of doom. I put down many books unfinished; I’m an impatient reader these days. Overblown or conventional prose gives me difficulty, as does a loose, unstructured plot. Also, characters who are either too predictable or too irrational, meaning I just can’t understand why they act as they do. If a character’s actions make no sense; if a character is excessively victimized and passive, or else coldly unresponsive to dramatic events, I find it very annoying, and I make irritable noises of disgust, and eventually throw the book aside.

The making of a villain is always fascinating. Who are a few of your favorite literary villains?
Humbert Humbert. Alex from A Clockwork Orange. Freddie Montgomery from The Book of Evidence. Patrick Bateman. Iago. Grenouille from Perfume. Nurse Ratched from One Flew Over the Cukoo’s Nest.

What would you like to see readers take away from HYDE?
I’d like to break down the stereotype of Jekyll as “good” and Hyde as “bad.” Human nature is not so simplistically dichotomous. I don’t believe in the duality of right versus wrong, good versus evil; it’s a spectrum, a complex sliding scale. I’d like readers to see Hyde as the extrusion of Jekyll’s repressed self—of all our repressed selves. Hyde is the embodiment of our primal, misanthropic inner fantasies, while Jekyll is the tailored veneer we must present to the public. I’d also like to see readers return to Robert Louis Stevenson’s wonderful horror story, to appreciate his rich elegant style, and to see the tantalizing cracks in his black-and-white depiction of a man tempted by the dark side.

What’s next for you?
Writing and thinking about human nature has made me deeply interested in the origins of our species, the evolution of Homo sapiens and the many hominid forms that came before us. The Neanderthals are particularly fascinating, since they were extant until so relatively recently, and because they are our closest hominid cousins. Like Edward Hyde, Neanderthals are misunderstood creatures, first assumed to be brutish and stupid, and more modernly assumed to be vastly inferior to us, which is why they went extinct. As with Hyde, the truth of their lives and demise is far more complicated, a myriad of environmental, cultural, and genetic factors beyond their (and our) control. I’d like to explore their experience as a means of examining our current state of human affairs: where we came from, and where we are headed.

About HYDE:
What happens when a villain becomes a hero?

Mr. Hyde is trapped, locked in Dr. Jekyll’s surgical cabinet, counting the hours until his inevitable capture. As four days pass, he has the chance, finally, to tell his story—the story of his brief, marvelous life.

Summoned to life by strange potions, Hyde knows not when or how long he will have control of “the body.” When dormant, he watches Dr. Jekyll from a remove, conscious of this other, high-class life but without influence. As the experiment continues, their mutual existence is threatened, not only by the uncertainties of untested science, but also by a mysterious stalker. Hyde is being taunted—possibly framed. Girls have gone missing; someone has been killed. Who stands, watching, from the shadows? In the blur of this shared consciousness, can Hyde ever be confident these crimes were not committed by his hand?