Historical Fiction Cover Reveal and Synopsis: What the Lady Wants by Renee Rosen

Cover Reveal and Synopsis: What the Lady Wants by Renee Rosen

I’m very pleased to share with you the lovely cover of WHAT THE LADY WANTS by the equally lovely Renee Rosen (Dollface). The book comes out in November, so fans of historical fiction will want to add it to their To-Buy list! 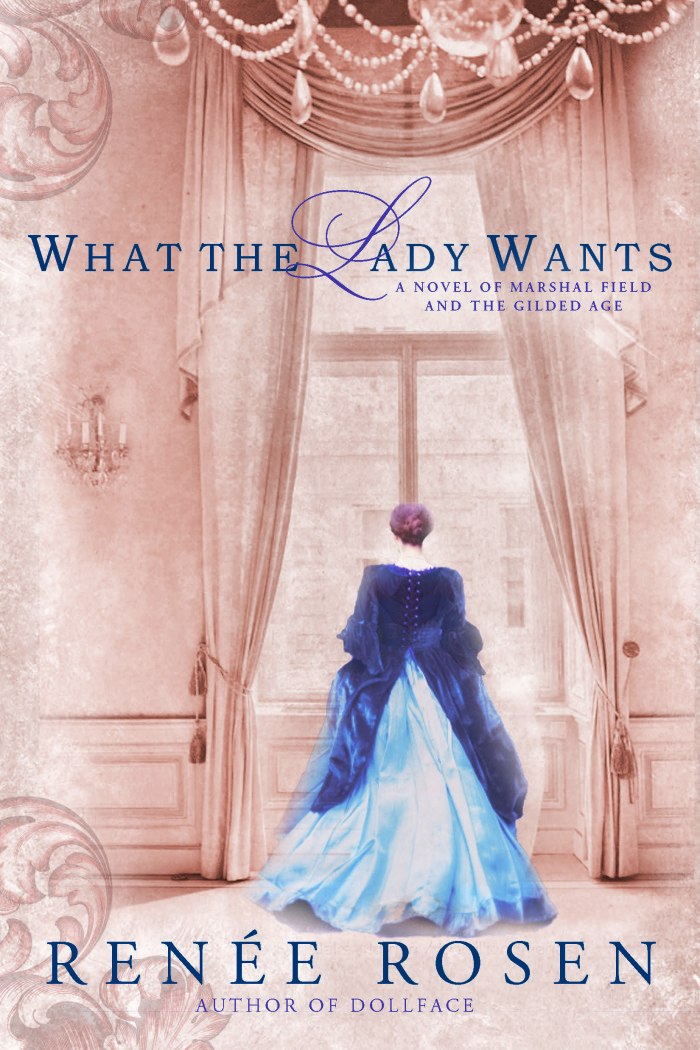 About WHAT THE LADY WANTS:
In late-nineteenth-century Chicago, visionary retail tycoon Marshall Field made his fortune wooing women customers with his famous motto: “Give the lady what she wants.” His legendary charm also won the heart of socialite Delia Spencer and led to an infamous love affair.

The night of the Great Fire, as seventeen-year-old Delia watches the flames rise and consume what was the pioneer town of Chicago, she can’t imagine how much her life, her city, and her whole world are about to change. Nor can she guess that the agent of that change will not simply be the fire, but more so the man she meets that night.…

Leading the way in rebuilding after the fire, Marshall Field reopens his well-known dry goods store and transforms it into something the world has never seen before: a glamorous palace of a department store. He and his powerhouse coterie—including Potter Palmer and George Pullman—usher in the age of robber barons, the American royalty of their generation.

But behind the opulence, their private lives are riddled with scandal and heartbreak. Delia and Marshall first turn to each other out of loneliness, but as their love deepens, they will stand together despite disgrace and ostracism, through an age of devastation and opportunity, when an adolescent Chicago is transformed into the gleaming White City of the Chicago’s World’s Fair of 1893. 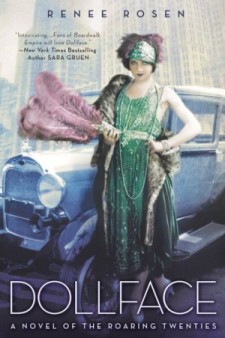 Also by Renee Rosen:
DOLLFACE
America in the 1920s was a country alive with the wild fun of jazz, speakeasies, and a new kind of woman—the flapper.

Vera Abramowitz is determined to leave her gritty childhood behind and live a more exciting life, one that her mother never dreamed of. Bobbing her hair and showing her knees, the lipsticked beauty dazzles, doing the Charleston in nightclubs and earning the nickname “Dollface.”

As the ultimate flapper, Vera captures the attention of two high rollers, a handsome nightclub owner and a sexy gambler. On their arms, she gains entrée into a world filled with bootleg bourbon, wailing jazz, and money to burn. She thinks her biggest problem is choosing between them until the truth comes out. Her two lovers are really mobsters from rival gangs during Chicago’s infamous Beer Wars, a battle Al Capone refuses to lose.

The heady life she’s living is an illusion resting on a bedrock of crime and violence unlike anything the country has ever seen before. When the good times come to an end, Vera becomes entangled in everything from bootlegging to murder. And as men from both gangs fall around her, Vera must put together the pieces of her shattered life, as Chicago hurtles toward one of the most infamous days in its history, the St. Valentine’s Day Massacre.