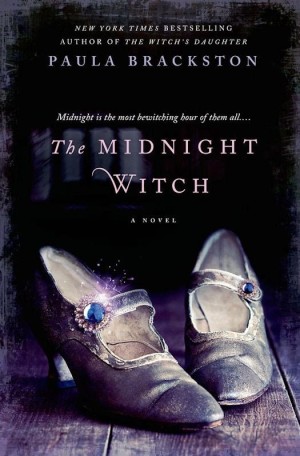 The Midnight Witch by Paula Brackston (St. Martin’s Press, March 25th, 2013)-Paula Brackston’s The Midnight Witch transports us to 1913 London, to a country on the brink of war, and a young woman grieving for the loss of her beloved father. However, the death of her father is not all that Lilith has to contend with. She must prepare herself to become the new Head Witch of the Lazarus Coven, to take over the title that her father held until his untimely death. When she begins the ceremony that will cement her new place as Head Witch, she is challenged, and must call a demon and send it back into the Darkness in order to prove her worth. This she does, but at terrible cost. Soon, she realizes the Sentinels, a band of sorcerers that are even more ancient than the witches, are determined to undermine her position as head of the Lazarus Coven, and not only that, they are after a sacred and very powerful artifact, one that Lilith, and her coven, are bound beyond all else to protect. Bonds are a big theme in The Midnight Witch, actually. Lilith and her coven are bound to secrecy, not allowed to reveal their status to those outside the circle. Lilith is engaged to marry a fellow witch, Louis, who she cares deeply about (they grew up together and are dear friends), but does not truly love, although he loves her deeply. Lilith is also the daughter of a duke, with a brother who is hopelessly addicted to opium, but whom she fiercely loves. She’s expected to take part in all that high society has to offer, but when she meets Bram Cardale, artist and son of a steel worker, love begins to bloom, and it’s a love that she can’t ignore. Can Lilith fulfill the obligations of her coven, and her station, and make a life with Bram as well?

In The Midnight Witch, Brackston lovingly crafts the sights and sounds of prewar London, and the opulence of Lilith’s high society lifestyle, while giving us a heroine, and even a hero to root for. If Lilith seems a bit selfish and spoiled in the beginning, the ensuing events do quite a bit to mature her and by the time the story (drawn across several years) concludes, she’s a mature young woman, worthy of her coven’s trust and more than able to fend for herself and those she loves. Her journey isn’t without danger. In fact, as a woman that constantly hears the voices of the dead, she is keenly aware of the thin veil between life and death, and how easy it is to lose everything in a flash. She’s also up against some very determined, power hungry adversaries. The narrative alternates between first person with Lilith, brief interludes with the villain, and a third person account of Bram’s experience as an artist’s apprentice to a stone sculptor, and witch, Richard Mangan, who lives with his wife and children, and his utterly glamorous German mistress (and muse) and her child in his Bohemian household. Bram’s medium is paint, however, and there is no better muse than Lilith herself. Bram’s love for Lilith is all encompassing, and he’s determined to win her at any cost.

I enjoyed this love story set against one of my favorite periods in history, and although there is magic, this is Lilith and Bram’s story, above all, and of course, they are a very much star-crossed lovers. Although it didn’t grip me quite as much as The Winter Witch (there were a few slow patches and I didn’t warm to Lilith until a bit later in the story), I’m kind of a sucker for these kinds of love stories (a bit of magic doesn’t hurt.) Also, the utterly charming and larger-than-life Mangan and his noisy, robust, and very unconventional family were an undeniable treat.