Fiction Interview: Laura McHugh, author of The Weight of Blood

Interview: Laura McHugh, author of The Weight of Blood

The absolutely superb THE WEIGHT OF BLOOD, Laura McHugh’s debut novel, came out this month, and Laura was kind enough to stop by and answer a few of my questions about the book, and much more! Please welcome Laura to the blog! 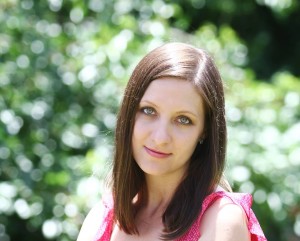 Your debut novel, THE WEIGHT OF BLOOD, had gotten amazing buzz. Will you tell us more about it and what inspired you to write it?
The novel centers around seventeen year old Lucy Dane, whose friend Cheri was recently murdered, and whose mother disappeared into the hills years ago. I had always wanted to write a novel set in the Ozarks, and as I was writing, I came across a news article about a terrible crime that took place in one of the small Missouri towns where I’d grown up. The crime itself was quite disturbing, but what really struck me was that it had taken place over several years, with multiple people involved, in a small town where everyone knows everyone else’s business—and yet no one said a word. They were able to keep it a secret. That crime inspired Cheri’s story and changed the course of the novel.

Have you always wanted to be a writer? Will you tell us more about yourself and your background?
I always wanted to be a writer, but I didn’t know how to make that happen. I was a first-generation college student, the youngest of eight kids, and none of us really considered following our passions. We all wanted to get stable jobs and climb out of poverty, and we weren’t terribly concerned with whether or not we would actually enjoy what we did for a living. I worked as a software developer for ten years. I lost my job unexpectedly, and my husband encouraged me to write a novel, like I had always wanted to do. I started writing The Weight of Blood while staying home with a newborn and a toddler. 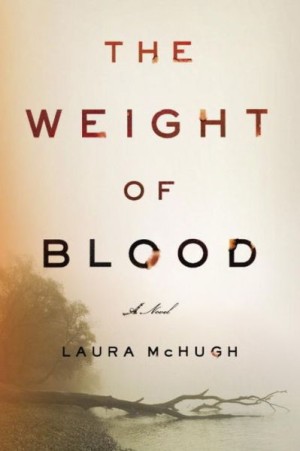 In an interview with Karin Slaughter, it’s mentioned that you moved to the Ozarks as a child, but what made you decide to use it as your novel’s setting? What about the area inspires you the most?
The landscape is darkly beautiful, and the remoteness of the area lends an ominous feeling—perfect for suspense—but what has always fascinated me most about the Ozarks is the culture. It’s rich with folk wisdom and superstition and home remedies and music, all of which I tried to weave into the story. I also wanted to explore how family bonds and loyalties affect people in these tiny, insular communities, where the laws of kin can be held sacred above all else.

Why do you think readers will connect to Lucy Dane, your main character?
This book is partly a coming-of-age story for Lucy, and in that respect, she goes through things many of us have gone through. She is growing up and beginning to question the world around her, and her place in it. She’s realizing that she has to make her own decisions and find her own way, that she can’t rely on the adults in her life to do the right thing or to provide the answers she’s looking for.

What kind of research did you do for the book, and what is your writing process like?
I didn’t do much research for this book. Mainly I was drawing from my own memories of the Ozarks, and then I would fact-check the bits that I wasn’t fictionalizing. I started with the setting, and then Lucy’s voice came to me. I began to tell her story, and then the two mysteries (Cheri’s death and Lila’s disappearance) developed, and I knew they would somehow converge, though at first I wasn’t sure how. For my second novel, I did a lot more planning upfront, and it made the process go faster, but it was fun to write The Weight of Blood not knowing exactly what would happen.

Why suspense? What are a few of your biggest literary influences?
I love suspense and mystery, but I read lots of other genres, too, and I didn’t really think of my novel as suspense as I was writing it. My goal was to get the reader to keep turning pages. I have a long list of favorite authors and literary influences, but a few are Ray Bradbury, Annie Proulx, Charles Frazier, William Faulkner, Flannery O’Connor, Shirley Jackson, Cormac McCarthy, Margaret Atwood, Toni Morrisson, and Daniel Woodrell.

What do you hope readers will take away from the novel?
I hope that a little bit of the Ozarks lingers with them, so that they can be haunted by the place as I have been for so long. 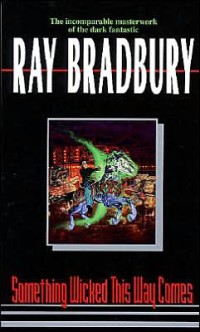 What books have you read recently that you wouldn’t hesitate to recommend?
I recently read John Searles’ novel Help For the Haunted and loved the spooky atmosphere he created. I then read one of his earlier novels, Strange But True, and really enjoyed its dark twists. I have a towering to-read stack that includes Long Man by Amy Greene, Above by Isla Morley, The Kept by James Scott, The Winter People by Jennifer McMahon, The Orphan Choir by Sophie Hannah, and The Martian by Andy Weir.

If you could experience one book again for the first time, which one would it be?
Something Wicked This Way Comes by Ray Bradbury. The first time I read it, as a child, it had a dark, magical beauty that was unlike anything else I’d encountered.

What’s next for you?
I’m finishing up my second novel now. It’s set in the crumbling grandeur of a Mississippi River town. A young woman witnessed the kidnapping of her sisters twenty years ago, and now a jarring discovery forces her to question everything about her past, including her own memory.

About THE WEIGHT OF BLOOD:
The town of Henbane sits deep in the Ozark Mountains. Folks there still whisper about Lucy Dane’s mother, a bewitching stranger who appeared long enough to marry Carl Dane and then vanished when Lucy was just a child. Now on the brink of adulthood, Lucy experiences another loss when her friend Cheri disappears and is then found murdered, her body placed on display for all to see. Lucy’s family has deep roots in the Ozarks, part of a community that is fiercely protective of its own. Yet despite her close ties to the land, and despite her family’s influence, Lucy—darkly beautiful as her mother was—is always thought of by those around her as her mother’s daughter. When Cheri disappears, Lucy is haunted by the two lost girls—the mother she never knew and the friend she couldn’t save—and sets out with the help of a local boy, Daniel, to uncover the mystery behind Cheri’s death.

What Lucy discovers is a secret that pervades the secluded Missouri hills, and beyond that horrific revelation is a more personal one concerning what happened to her mother more than a decade earlier.

The Weight of Blood is an urgent look at the dark side of a bucolic landscape beyond the arm of the law, where a person can easily disappear without a trace. Laura McHugh proves herself a masterly storyteller who has created a harsh and tangled terrain as alive and unforgettable as the characters who inhabit it. Her mesmerizing debut is a compelling exploration of the meaning of family: the sacrifices we make, the secrets we keep, and the lengths to which we will go to protect the ones we love.