Please welcome Susan Froetschel to the blog! Her new novel, FEAR OF BEAUTY, has been nominated for the 2014 Mary Higgins Clark Award, and she was kind enough to stop by and answer a few of my questions! 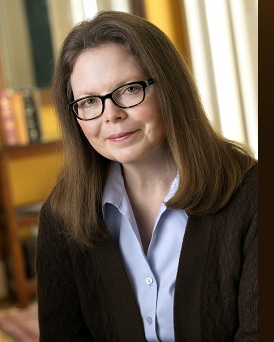 Congratulations on your nomination for the 2014 Mary Higgins Clark Award! Will you tell is a little about FEAR OF BEAUTY and what inspired you to write it?
Thank you so much! Fear of Beauty is set in a small, remote village in Afghanistan. Most of the villagers, and all the women, are illiterate. One of the women becomes desperate to learn how to read after her oldest son is found dead at the base of a cliff on the day before he was supposed to leave for school. Earlier that day, this woman had walked in that area with her son and found a document – she suspects this paper may be connected to the death.

The idea came to me in 2009. The suggestion went out that the United States might have to negotiate with the Talban to end the war in Afghanistan and was immediately ridiculed. The debate over how to end the war got me thinking. Just how many Taliban were there in a country where 50 percent of the population is under the age of 18 and, of course, 50 percent are women? The number was hard to find. In 2012, Reuters reported there were 25,000 Taliban fighters in a country of more than 30 million, and only 20 percent were hardcore. I also wondered if negotiations with ideologues possible and about the opinions of women? How does an individual woman respond when a few in her society – and fortunately such militants are few in number – want to honor the gender by controlling all aspects of her life? How does a woman who cannot read begin to change her family or community? While on a long car ride, an idea jumped into my head, and that became a tiny part of the plot, but went on to trigger many other thoughts about the war, culture, literacy and people of Afghanistan.

You have a journalism background, but have you always wanted to write fiction? What made you decide to set the novel in wartime Afghanistan?
Now that you mention it, I can see how a similar plot could be set in any community that has a high rate of illiteracy. But the earliest idea was generated by that political debate over Afghanistan – also, the fact that troops from the United States and other countries were stationed there since 2001, not only fighting but also organizing the provincial reconstruction teams and delivering technical advice on agriculture, education, health care, construction and much more. I had read and heard so much about Afghan hospitality, and I wondered how a country could reject education for so many of its citizens and regress so quickly. The Afghan society – much like our own – is conflicted between progress and modernization and embracing traditions of an earlier time. But that divide is fluid. Like it or not, every new encounter – book, person, or natural challenge – can shape an individual’s values and perspective. The conflict within is probably more difficult than the broader social conflict – and maybe that’s why some individuals are so intent on trying to control others. 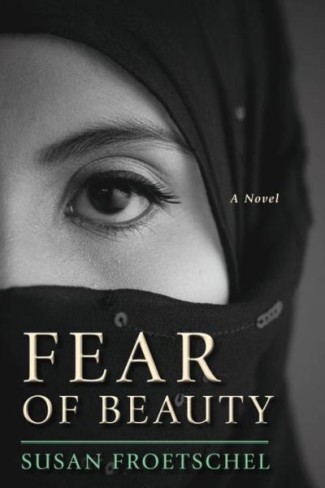 What kind of research did you do for the book?
Even though I was working at the time for YaleGlobal Online, reading and editing articles about the war, I was uncertain that I could write this book. I was in love with the idea of an illiterate woman trying to learn in secret, trying to influence her community, but didn’t want to ruin the story either with inadequate research.

My first step was spending a day in one of the upper floors of Sterling Memorial Library in the stacks, browsing through books great photos of rural Afghanistan – books published in the 1920s and 1930s. I also started reading the Koran, and I read blogs and watched videos submitted by soldiers who did tours in Afghanistan. I listened closely to friends who described growing up in rural India and Bangladesh and reached out with questions to Afghan refugees and veterans.

And then, most importantly, in the writing, I had to simplify – and think about a world that lacks the many modern conveniences that we take for granted in our society. I compared my routines with those described in articles about rural life in the undeveloped world, in Afghanistan and other less developed areas where women must collect and carry the household supply of water, enter into marriages and work early in life, care for multiple children who lack adequate schools, cook on stoves fueled by wood, take care of fields without modern conveniences – even as communications or travelers might, deliberately or not, relay the possibility of an alternative way of life.

All the research reinforced my plot ideas – the handful of questions and wisps of imagination seemed logical and only possible for that setting. I stopped working on another book – still unfinished – and focused on Fear of Beauty.

What is your writing process like? Is there anything you need that helps you get the creative juices flowing?
Like many others, I prefer writing every day. I often start by quickly reviewing what I wrote the day before and end a session by thinking of the points I want to cover next. I keep those points in my head until I have the next chance to sit down and write – often imagining various scenarios and possible conversations as I walk, cook or engage in other activities. Getting away from the computer and heading outside to run, walk or bike helps, too.

Why suspense? What do you love most about writing, and reading, in the genre?
I enjoy wanting to know what happens next, anxious to turn the next page, but also taking a set of clues and evidence to analyze and predict the future. The best books in all genres provide this sort of analysis and suspense. 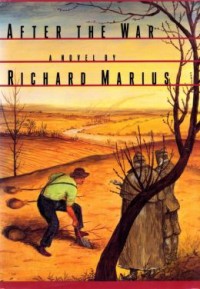 What are a few of your favorite authors? Have there been a few that have particularly influenced you?
Favorite authors change as I age. I love the books that make me stop and think and re-consider how I go about life. As I grow older, I also enjoy the books that reaffirm how I live my life – whether it’s been what to pursue or what to avoid. One favorite is Richard Marius who wrote After the War and Bound for the Promised Land and described poignant hopes that are later dashed.

What are you currently reading? Are there any books on your radar that you’d like to read this year?
I’m in the middle of two books. First, I’m reading selections from The Best American Mystery Stories, edited by Lisa Scottoline – and am continuously amazed at writers’ skill in organizing detailed and full characters, good plot and suspense, in such a deliberate and concise way. And in the evening, I’m reading Asunder by Chloe Aridjis. The writing is exquisite, and I appreciate when an author explores, actually, a better word is attacks, a specific theme or concept – in this case, the divisions in our lives – demonstrating the multiple layers and contradictions. And I have always looked forward to reading the nominations for best mysteries from Mystery Writers of America – especially the nominations for best first novel. Those books tend to be trend-setters.

What do you like to see in a good book? Is there anything that will make you put a book down, unfinished?
I so rarely put a book down. Even if I don’t enjoy it, even if it has problems, I can still learn as a writer. But that said, I do prefer books with plots. The plots can be simple or complicated, they can have a truncated ending or abrupt introduction, but I want a story. I tend to have less appreciation of novels that offer a stream of dialogue, emotions or encounters with no purpose in mind.

When you’re not writing, how do you like to spend your free time?
Reading all types of fiction and nonfiction with my cats sleeping close by; entertaining friends and their friends while talking about books and politics; visiting or reading about historic sites with surprising insights and stories that have been forgotten by most; getting outside for a walk or a bike ride; talking with people from around the globe and thinking about the connections between our world and theirs.

What’s next for you?
I’m finishing up a follow-up book to Fear of Beauty, also set in the same fictional village in Afghanistan, one that focuses on a father-son relationship. And then I want to start in on another book set elsewhere in Asia, but it’s way too early to say much more than that.

About FEAR OF BEAUTY:
The battered body of an Afghan boy is found at the base of a cliff outside a remote village in Helmand Province, Afghanistan. Did he fall as most of the villagers think? Or is this the work of American soldiers, as others want to believe? Not far from the village, the US Army has set up a training outpost. Sofi, the boy’s illiterate young mother, is desperate to find the truth about her son’s death. But extremists move in and offer to roust the “infidels” from the region, adding new pressures and restrictions for the small village and its women. We hear two sides of this story. One is Sofi’s. The other is that of US Army Special Ranger Joey Pearson, who is in this faraway place to escape a rough childhood and rigidly fundamentalist parents. In time, and defying all odds, Sofi secretly learns to read-with the help of Mita Samuelson, an American aid worker. Through reading, the Afghan woman develops her own interpretation of how to live the good life while discovering the identity of her son’s murderer and the extremists’ real purpose in her village. As they search for answers, Sofi, Joey, and Mita come to the same realization: in each of their separate cultures the urge to preserve a way of life can lead to a fundamentalism that destroys a society’s basic values.