Horror The ‘Geisters by David Nickle

The ‘Geisters by David Nickle 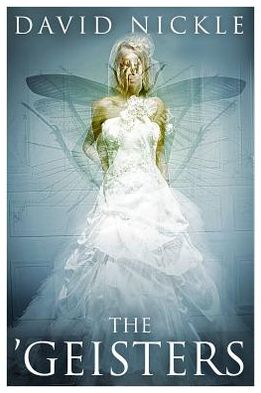 The ‘Geisters by David Nickle (ChiZine, June 2013)-When The ‘Geisters opens, Ann LeSage is on her first date with the young, handsome lawyer, Michael Voors, but something starts to go wrong. She feels The Insect emerge (and Michael even witnesses its handiwork) and attempts to contain it by calling a friend and mentor that has helped her through this many times before. In her mind, she visualizes the tower that should contain The Insect, and eventually things quiet down, but it’s not over, not by a longshot. Soon, she and Michael are planning their wedding, and she’s introduced to an “old” friend of Michael’s, Ian Rickhardt. Ann dislikes him immediately and finds him to be boorish and intrusive, but she soon finds out that he’s offered to pay for the wedding and host it at his beautiful vineyard. Since Michael seems to view him as something of a father figure, she reluctantly lets herself be swept into his vortex. And what a vortex. They can’t even have a honeymoon without Ian flying in to show them the beautiful job that his people have done on their wedding video, and The Insect seems to emerge once again. During the flight home, tragedy strikes, and Ann finds out that things were not as they seemed. Actually, that’s putting it mildly. Ann’s entire world comes crashing down, and when she’s approached by a man that seems to know all about The Insect, and in fact, has plans for it, she has no choice but to run for her life.

David Nickle managed, throughout the first half, to convey a kind of quiet menace. There were flashbacks to Ann’s childhood, when The Insect first began to make itself known, and up until the accident that took her parents and crippled her older brother. So, except for a few friends, and Michael, Ann is fairly isolated, and there’s really no one she feels that she can turn to for help. When Ann goes on the run, things ramp up fairly quickly and menace turns to downright terror. As bound as Ann is to The Insect, she’s never really known its true motives, or its true origin, but she does learn that it’s not the only one, and she’s certainly not the only one with a very special, and very powerful, companion. David Nickle sets up the reveal fantastically, and if you’ve read anything by him, you know how good he is at imagery, especially very creepy imagery, and he’s also fairly subtle about it. I love subtle horror, and The ‘Geisters actually, at times, reads like classic Koontz (for me, this is a good thing.) But, make no mistake, David Nickle has a very unique touch and while this is a supernatural tale, it’s also a story of individual empowerment. Also, Dungeons and Dragons aficionados will be delighted at some of the references (Ann plays the game as a young girl.) If you enjoy ghost stories with a twist, you’ll really like this one.