I’m so glad to have Justin Gustainis back on the blog today! The newest installment of the Occult Crime Unit Investigation series, KNOWN DEVIL, just came out in Jan, and he stopped by to talk about it, and more! Please welcome him back! 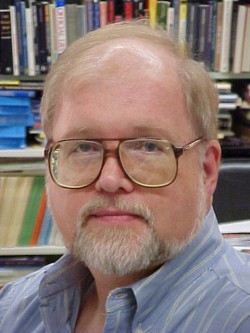 Justin, welcome back to the blog! The 3rd book in your Occult Crime Unit Investigation series, KNOWN DEVIL, just came out in January! What can readers expect from Stan Markowski and the gang this time around?
Like a juggler who’s trying to keep half a dozen plates spinning on sticks all at once, Stan is faced with a series of crises, each one more harrowing than the last.

First, a new street drug has appeared in Scranton. It’s called H-P (for Hemoglobin-Plus), or more commonly, Slide. And it is the first drug proven to addict supernatural creatures (apart from goblins, who have already shown an undue fondness for meth, as Stan knows all too well). Stan learns just how serious this is when a couple of junkie elves try to stick up a diner. Unfortunately for them, Stan and his vampire partner Karl Renfer are taking their coffee break at the time, so things don’t work out too well for the elves.

Now gang warfare has broken out – between the local Mafia “family” (made up of vampires) and a group of “fangsters” from out of town. The locals want to keep Slide off the streets because it endangers their own, but the new gang can’t wait to get control and start peddling the stuff. And so the silver bullets are flying.

If that’s not enough, someone just blew up Victor Castle, the wizard who is unofficial head of Scranton’s supernatural community. One of the local supes apparently has big plans for the city, and Castle was in the way.

Then there’s the upcoming municipal election. The campaign has been dominated by a new group calling itself the Patriot Party. They’ve got a lot of money to spend (although the source is murky), and their party line is very hard on supernaturals, who they regard as “abominations before the Lord.” Stan’s afraid that if these extremists take over the city government, there will soon be another war in the streets – this one between humans and supernaturals. 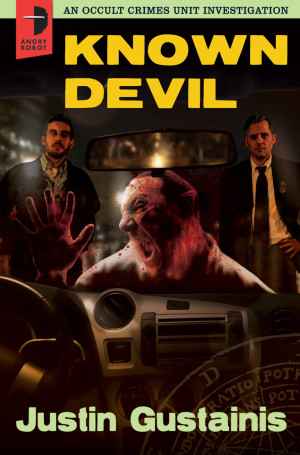 What do you enjoy most about writing this series?
It’s fun on many levels, but I really get a kick out of finding ways to show how the supernatural influence has changed the popular culture we know so well. For instance, in Stan’s universe, the most recent James Bond movie is called Skyfang, the TV show True Blood is a documentary, and Stan’s favorite place to buy pastry is Three Witches Bakery, whose advertising slogan is “Nothing says lovin’ like something from the coven.” Stan’s daughter Christine (who is a vampire) is found reading the “Special Undead Edition” of Cosmo, whose cover touts stories like “The Place He Really Wants You to Bite Him,” “Is Your Coffin Clunky?” and my personal favorite: “Sharpest. Fangs. Ever.”

Location can be very important in a novel. Why Scranton?
For one thing, I thought it would gather some attention just by virtue of being different. So many genre novels are set in New York, Chicago, and Los Angeles. The only popular culture referencing of Scranton lately has been the TV show The Office – and that’s off the air now. Besides, I’m from the Scranton area and earned two degrees from the University of Scranton. I enjoy populating my old haunts with vampires, werewolves, and ghouls.

What kind of research have you done for the series?
I didn’t have to do much research about the setting, since I’m from there. I have a friend who still lives nearby, and, along with the online edition of the Scranton Times-Tribune, he helps me stay current. I didn’t do much research on the monsters, either – just went with standard popular culture characterizations. Traditional characterizations, I should say – my vampires do not sparkle.

When you started the series, did you have an idea of how many books you’d like to write, or did you just decide to see where the narrative took you?
I take it one book at a time. My contract with Angry Robot was for three books, so that’s what I’ve written. If they contract for more, I’ll happily write ‘em. Fingers crossed.

If the series were to hit the big screen, who would you cast as Stan and Karl?
Well, Jack Webb’s dead, sad to say. The late Roy Schneider would have been perfect for Stan, too. Let’s see…. Since James Spader has shown such a flair for crime drama with The Blacklist, I’d pick him for Stan. Joe Manganiello, the guy who plays Alcide on True Blood, might be pretty good for Karl. Gotta have a young, hunky guy as a second lead, after all.

Have you read any good books recently? What are you reading now?
I’m working on Kill City Blues, the latest “Sandman Slim” adventure by Richard Kadrey. Sandman Slim is almost as big a badass as Stan Markowski.

What’s next for you in 2014?
I’ve got a contract with Solaris (my other publisher) to write a Morris and Chastain novella to be published digitally. If they order up another one, the two will probably be published together in a paperback, someday.

About KNOWN DEVIL:
My name’s Markowski. I carry a badge. Also, a crucifix, some wooden stakes, a big vial of holy water, and a 9mm Beretta loaded with silver bullets.

A new supernatural gang is intent on invading Scranton – as if I didn’t have enough to contend with!

Supernatural gang warfare? Not on my watch!