Fantasy Interview: Joseph D’Lacey, author of The Book of the Crowman

Interview: Joseph D’Lacey, author of The Book of the Crowman

Please welcome Joseph D’Lacey back to the blog! The 2nd novel in his Black Dawn, THE BOOK OF THE CROWMAN, just came out yesterday, and Joseph answered a few questions about it! 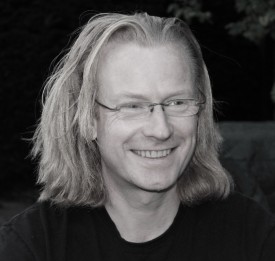 Welcome back! Your new book, and 2nd volume of the Black Dawn series, THE BOOK OF THE CROWMAN, just came out! Will you give us a bit of a teaser as to what readers can expect in this installment?
The search for the Crowman concludes as the Green Men rise up against the vastly superior forces of The Ward. Gordon, still on the run and still seeking the Crowman, is now seventeen and has become a powerful force against the enemies of the land. This book sees him forming new relationships – some of them tender, others dangerous – as he closes on his objective. Megan undertakes the most challenging task of her life and faces the end of her training as a Keeper. Is it the end of the world or just the beginning?

What have you enjoyed most about writing this series?
‘Enjoy’ is a very complicated word; one with several meanings, many of them euphemistic! That said, developing and sharing the mythology of the Crowman was very satisfying. I look back on it with a sort of proud astonishment – I think it may be the best work I’ve done so far.

A lot of people assume that a book’s main character is the author’s favorite to write, but is there a secondary character in these novels that you’ve particularly enjoyed writing?
The Rag Man, for sure. He’s not just a favourite from this series but one of the most complex characters I’ve ever discovered. I had no idea how much impact he’d have on the story when Gordon first found him in the woods but he ended up central to everything. Personally speaking, that’s the beauty of not being a planner; my subconscious often has far better ideas than I do. 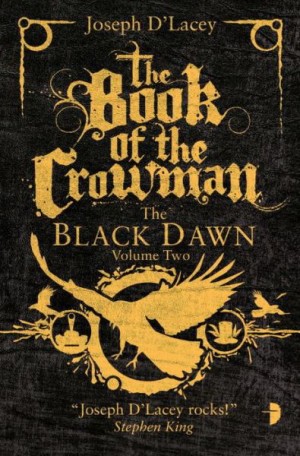 Worldbuilding is very important in the series. What are some of your favorite literary “worlds”?
‘The Land’ from The Chronicles of Thomas Covenant. The floating island in Life of Pi. The present day/near future setting of The MaddAddam trilogy. The PA America of The Amtrak Wars. The universe, as depicted by Douglas Adams.

What do you hope readers will take away from this series?
I’d like them to be KO’d by it; a tale so involving they’ll never forget it.

Have you read any good books lately?
Since September last year I’ve read nothing but horror by women in an attempt to educate my ignorance. I’ve been bowled over by Angela Carter, Helen Marshall, Pat Cadigan, Shirley Jackson, Sarah Pinborough, Alison Littlewood and Poppy Z Brite (from the period before gender reassignment). Tons more horror by women on the horizon…

What do you like to see in a good book, and is there anything that will make you put a book down, unfinished?
I want to be transported by a story. That’s all.

And yet, I know from experience that it’s the hardest thing in the world to do well. So many elements need to be present – in the right blends and proportions – to make it happen. Few novelists seem able to manage it once in an entire career; even fewer repeat it.

I do put books down if they don’t appeal to me. That might happen within a page or two or it could take until halfway through.

Either way, there’s no time to waste on not being entertained.

What’s next for you this year, and beyond?
A brand new fantasy set in a world like ours but somehow altered; again taking a young protagonist through monumental challenges to attain his/her destiny. I think this one may deal with the battle between good an evil within the self and I expect it to be quite violent. About THE BOOK OF THE CROWMAN:
The world has been condemned. Only Gordon Black and The Crowman can redeem it.The search for the shadowy figure known only as the Crowman continues, as the Green Men prepare to rise up against the forces of the Ward.It is the Bright Day, a time long generations hence, when a peace has descended across the world.It is the Black Dawn, a time of environmental apocalypse, the earth wracked and dying.