Please welcome Lisa Shearin back to the blog! Lisa is the author of the Raine Benares series, and she’s just kicked off a brand new series with THE GRENDEL AFFAIR. Lisa stopped by to talk about the new series, what she loves most about her heroine, what she’s been reading, and more. Also, we’ve got one copy of THE GRENDEL AFFAIR up for grabs to one winner, so be sure to check out the giveaway details at the bottom of the post! 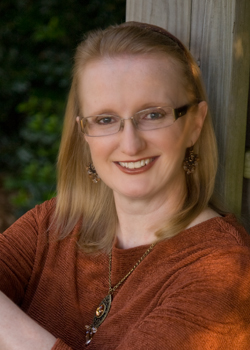 Lisa, will you tell us a bit about your new book (and start of a new series!), THE GRENDAL AFFAIR and what inspired you to write it?
I love movies like Men in Black, Big Trouble in Little China, and Ghostbusters. Nothing’s more fun to me than watching or reading about the chaos—and comedy—that ensues when people are faced with the reality that the creatures and things they didn’t believe existed are all too real. They’re sitting next to you on the subway, they’re driving the cab you just got into, and you found out this morning that your boss really is a troll. The story possibilities are endless—and so much fun.

Was it a challenge to start a new series after spending so much time writing the Raine Benares books?
Actually, it was easier than I thought it was going to be to switch from Raine’s world to ours. My Raine Benares books are basically modern urban fantasy in a traditional fantasy setting. Yes, there are elves and goblins, but they talk like us, not like a character from LOTR.

What did you enjoy most about writing your heroine, Makenna Fraser, and why do you think readers will connect with her?
Aside from the ability to see through the spells, wards, or veils that supernatural creatures use to blend in with human society, Mac is a normal person. Other SPI agents come from military, espionage, or law enforcement backgrounds, Mac’s degree is in journalism. She came to New York to run with the big dogs at the New York Times or get a job with a web news site like the Huffington Post. But all she could get was a reporter job with a tabloid that ran headlines like “Donald Trump is a werewolf love child.” 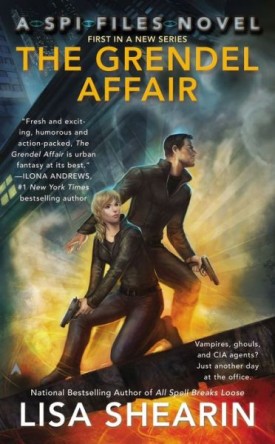 Did you do any specific research for the book?
I did quite a bit of research on the tunnel systems that run under New York City—sewer, subway, electrical, water, and especially those that have been abandoned. Before 9/11, there were tours of underground New York. I would so have loved to have taken a tour of the tunnels, and am completely bummed that they’re not offered anymore. I also researched Green-Wood Cemetery in Brooklyn. I drove past it on my way from LaGuardia into the city for a meeting with my publisher this past spring. I’d really like to take a tour when I’m in New York with more time. Then of course, there was the Beowulf/Grendel research. I fell in love with the idea of “what if?” in terms of Grendel being turned loose in Times Square on New Year’s Eve. And I now know quite a bit about what security measures are taken to protect the one million people who gather in Times Square every New Year’s Eve. I think they’d even be safe from grendels.

Do you have an idea of how many books you’d like to write in the series?
As many as my readers want to read—and my publisher wants to buy.

Read any good books lately?
My TBR stack still takes up an entire bookshelf, but I have managed to decrease its population a little.
I’m reading Project Maigo by Jeremy Robinson, which is the sequel to Project Nemesis which I read back in the fall. They’re in the same Kaiju genre as Pacific Rim. Love them! I also discovered two really fun series. The first is by Liliana Hart. The first series is similar to Janet Evanovich’s Stephanie Plum books. (Whiskey for Breakfast, Whiskey Sour, and Whiskey Rebellion). The second fun series in the Steph Plum vein (though a little more serious) is January Kills Me, A Bomb in February, and A Violet March by Evan Katy. I’ve also read The Sentinel, and its sequel The Raven by Jeremy Robinson. How could you not love Viking vampire/zombies? As well as whale, polar bear, walrus (and more) zombies. I’ve also read Deadly Heat by Richard Castle and Bloodline by James Rollins. And I’m plowing through quite a few of the books based on the TV series Supernatural. A must-read is Mur Lafferty’s A Shambling Guide to New York City. It’s a mixture of a travel guide for supernaturals, and the adventures of the woman who wrote it. Sheer genius. I can’t wait for the sequel, which I think is due out in April: A Shambling Guide to New Orleans.

What’s next for you?
A lot of my readers have told me that they miss Tam from my Raine Benares books. I miss Tam, too. Once I put the second SPI Files book to bed (The Dragon Conspiracy, which I’m writing now), I intend to write an e-novella of events that were hinted at in Magic Lost, Trouble Found, but never explored—how exactly did Raine and Tam meet, and what happened when they did? And bear in mind that this story happens pre-Mychael—so anything goes. ; )

1.) You MUST fill out the form below (if you’ve signed into Rafflecopter before, it will remember you!)
2.) Giveaway is for 1 copy of THE GRENDEL AFFAIR by Lisa Shearin to 1 winner
3.) Giveaway is open to US residents or those with a US address for mailing (no PO Boxes)
4.) You must enter on or before 1/18/14
5.) Giveaway book courtesy of Ace
6.) Please see my Giveaway Policy.

About THE GRENDEL AFFAIR:
Vampires, ghouls, and CIA agents? Just another day at the office.

We’re Supernatural Protection & Investigations, known as SPI. Things that go bump in the night, the monsters you thought didn’t exist? We battle them and keep you safe. But some supernatural baddies are just too big to contain, even for us.

When I moved to New York to become a world famous journalist, I never imagined that snagging a job at a seedy tabloid would change my career path from trashy reporter to undercover agent. I’m Makenna Fraser, a Seer for SPI. I can see through any disguise, shield, or spell that a paranormal pest can come up with. I track down creatures and my partner, Ian Byrne, takes them down.

Our cases are generally pretty routine, but a sickle-wielding serial killer has been prowling the city’s subway tunnels. And the murderer’s not human. The fiend in question, a descendant of Grendel—yes, that Grendel—shares his ancestor’s hatred of parties, revelry, and drunkards. And with New Year’s Eve in Times Square only two days away, we need to bag him quickly. Because if we don’t find him—and the organization behind him—by midnight, our secret’s out and everyone’s time is up.