EL Tettensor’s debut fantasy, DARKWALKER, just came out in early December, and not only did she stop by to answer a few questions, but courtesy of the lovely folks at Roc, we have one copy to give away to one lucky winner, so check out the details at the bottom of the post! 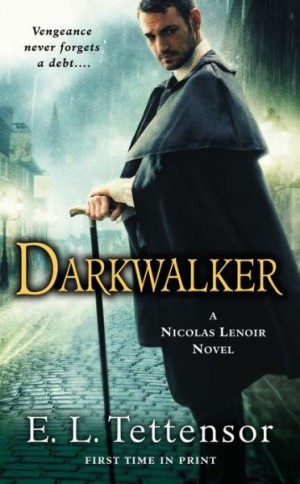 Will you tell us a little about yourself and your background? When, and why, did you start writing?
I’ve been writing for as long as I can remember. Since before that, really. About a year ago, my mom dragged out this box of old stuff she’d been keeping over the years – awards, report cards, that sort of thing – going all the way back to the “Congratulations, it’s a girl!” cards she’d received when I was born. She referred to it as a “time capsule”. Anyway, this box had all kinds of fun stuff in it, a lot of which I’d made: twisted clay dinosaurs, watercolours of (awfully creepy) clowns… and stories. Lots and lots of stories. Many of them illustrated – hilariously, too. There was this one sort of Cinderella story about a bunny whose parents took him for granted and made him do all the work. I would have been about six, I reckon, and obviously feeling sorry for myself. The pictures I drew of this sad bunny sweeping the floor – they’re awesome. I keep meaning to scan them and upload them to my website or something.

Anyway, I have no memory of writing it, or any of the other things in that box, but I could almost always recognize the books I imitated the drawings from. And that’s where it all started, really – a love of reading. My mother used to read to us a lot when we were kids, and I still remember so many of those books. To this day, the smell of a book is one of the most comforting things I can think of.

Your debut novel, DARKWALKER, just came out at the end of last year! Will you tell us a bit about it and what inspired you to write it?
The idea for the book started with the Darkwalker himself, with this idea of an otherworldly spirit who wreaks vengeance on those who have sinned against the dead. I thought about what kind of story would revolve around that, and where I started out could not have been more different from where I ended up. Originally, I envisaged something much more classically fantasy, a sort of Indiana Jones-style adventure where a grave robber or some such ends up courting the wrath of the Darkwalker. Somehow, though, that didn’t feel dark enough. I wanted something bleaker, grittier. That’s when the idea of a police inspector started to take root, and specifically the sort inspired by the hardboiled tradition. I pay deliberate homage to that in the name of my protagonist: Le Noir. He shares a lot of the classic features of hardboiled detectives, right down to his weakness for liquor (in Lenoir’s case, absinthe).

How about your hero, Nicolas Lenoir? What did you enjoy most about writing him, and why do you think readers will connect with him?
Actually, I think some readers may struggle to connect with him, at least at first. He’s very much an antihero, especially at the beginning: an arrogant, cynical know-it-all who treats everyone around him with contempt. I was very conscious of the fact that my protagonist is not a very likeable guy at the beginning, but it was absolutely necessary for the story, which is as much about Lenoir’s personal journey as it is about the Darkwalker and the black magic and the mystery.

As for what I enjoyed most about writing him, it was really the chance to chip away the coating of cynicism and show what lies beneath. Lenoir’s worldview is sort of like a black pearl: layer upon layer of darkness built up around a trauma, designed to shield him from that friction inside him that he can’t expunge. When the reader finally gets down to that grain of sand, that trauma, it really affects his or her relationship with the character. 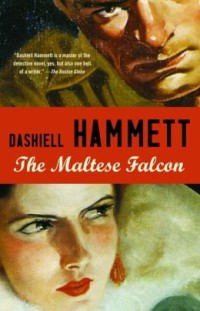 What kind of research did you do for the book?
Not a lot, to be honest! I think I had a good store of knowledge about the analogous time period from a lot of reading I’ve done in the past, so I mostly found myself researching details, like the mechanism of a flintlock, or the technology behind the earliest matches. I ended up doing more research for the sequel, since quite a bit of it takes place on and around ships, about which I knew very little. For the rest of it – I’m quite lucky in that the work that I do exposes me to a lot of different people and places, and I file everything away in some corner of my brain for future use. I’m awesome at Jeopardy.

What is your writing process like? Are you a plotter or a pantser?
I tend to do outlines of about a page, and I stick to them, more or less, except for some point in the middle where I invariably wander off and have to find my way back. The thing about writing mysteries, though, is that you have to be flexible. You have to go back and change things a lot, to make sure your protagonist (and the reader) has just the right information to nudge them in a particular direction. It’s not just how much they know, but what specifics you need to give them in order to make sure they make the choices the plot demands. It’s difficult, and you end up second-guessing yourself a lot. “Is that too obvious? Too obscure? But if Lenoir knew that, surely he would have suspected so-and-so?” Plot-wise, I revise this series a lot more than I do my other work.

What books, or authors, have influenced you the most?
You know, that’s actually a very difficult question to answer, because I don’t have a single, coherent writing personality. My influences tend to differ depending on what I’m writing. For the Nicolas Lenoir series, I think the three clearest influences are Arthur Conan Doyle, Dashiell Hammett, and Charles Dickens. But what’s maybe interesting about that is that of the three, I’ve only ever read Dashiell Hammett. (Terrible, but true.) So how can two authors I’ve never read influence me so much? Because they influenced so many, many other writers – not just of books, but of film and television – so profoundly, to the point where we’ve all internalized much of their work through osmosis, whether we realize it or not. Lenoir has a lot in common with Sherlock Holmes, not because I know Sherlock so very well, but because I know his great- great-grandchildren.

All this being said, reading Doyle and Dickens is very high on my to-do list – as soon as I get a break from writing! 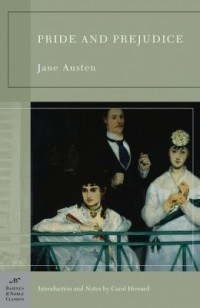 If you could experience one book again for the very first time, which one would it be?
Pride and Prejudice. Yeah, yeah – I know. But it’s the truth.

You’ve traveled extensively, but where would you like to go that you haven’t yet been?
India. I’ve been meaning to go for ages, but when you travel as much as I do for work, your holiday travel ends up becoming a lot more pedestrian and involving a lot more swimming pools.

If someone were to visit you in Burundi for the first time, where would you take them?
To the beach! It’s a landlocked country, but Lake Tanganyika is over 420 miles long, so it gets decent waves. The beaches here are beautiful and soft, and so long as you keep an eye out for crocodiles, it’s really nice.

Or, if you were a more active type, we’d maybe pop over the border to Rwanda and visit the mountain gorillas. That’s an amazing experience – I highly recommend it.

How do you spend your free time, when you’re not working on your next project?
I’m always working on my next project, but I do try to take breaks of a month or two just to re-charge. When that happens, I’m reading – voraciously. It’s like re-charging your batteries.

What’s next for you?
The sequel to DARKWALKER, tentatively titled MASTER OF PLAGUES, comes out in December 2014. I’m really excited about that, because it’s a very different kind of mystery than its predecessor. Hopefully, Lenoir will be making an annual appearance after that. As for other work… well, that’s happening too, but I’m being a bit secretive about it at the moment. Stay tuned!

GIVEAWAY DETAILS
1.) You MUST fill out the form below (if you’ve signed into Rafflecopter before, it will remember you!)
2.) Giveaway is for 1 copy of DARKWALKER by E.L. Tettensor to 1 winner
3.) Giveaway is open to US residents or those with a US address for mailing (no PO Boxes)
4.) You must enter on or before 1/11/14
5.) Giveaway book courtesy of Roc
6.) Please see my Giveaway Policy.

About DARKWALKER:
He used to be the best detective on the job. Until he became the hunted…

Once a legendary police inspector, Nicolas Lenoir is now a disillusioned and broken man who spends his days going through the motions and his evenings drinking away the nightmares of his past. Ten years ago, Lenoir barely escaped the grasp of the Darkwalker, a vengeful spirit who demands a terrible toll on those who have offended the dead. But the Darkwalker does not give up on his prey so easily, and Lenoir has always known his debt would come due one day.

When Lenoir is assigned to a disturbing new case, he treats the job with his usual apathy—until his best informant, a street savvy orphan, is kidnapped. Desperate to find his young friend before the worst befalls him, Lenoir will do anything catch the monster responsible for the crimes, even if it means walking willingly into the arms of his own doom.