Matthew Quinn Martin’s debut novel, NIGHTLIFE, just came out, and he stopped by to answer some questions, so please give him a warm welcome! 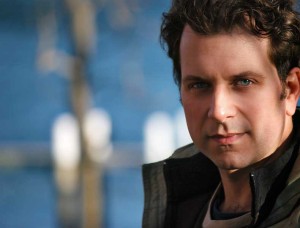 Your new book, NIGHTLIFE, just came out and has gotten some great buzz! Will you tell us a bit about it and what inspired you to write it?
Honestly, I can’t remember what inspired it exactly. I remember walking to one of the various survival jobs I worked at (and this was a particularly noxious one) and a vision came to me of what, at the time, was a fairly typical depiction of what a “Vampire Nightclub” would look like, and I was struck with the absurdity of that. Comedy geniuses Key & Peele would absolutely nail that this Halloween, btw. For the rest of the day I kept thinking about what it would be like if “vampires” ended up being something totally different––something disgusting and horrible, but still alluring––and how it could work. That was the seed of NIGHTLIFE.

Have you always wanted to be a writer? Will you tell us a little about yourself and your background?
Writing was something I came to rather late. When I was young I wanted to be a musician (and still do, to be honest). Throughout my 20s I did a lot of acting, and writing came to me as a way to release my creativity in those long dry stretches when I didn’t have work. I started out writing screenplays, actually. It was a side door, I guess. I wrote a film script with the intention of acting in it…that ended up beingSlingshot. I didn’t get to be in it after all (David Arquette ended up playing the part), but I found through the process that I enjoyed writing. Switching to prose writing was another sideways move…I’m not sure what the next one will be, but I’m anxious to find out. 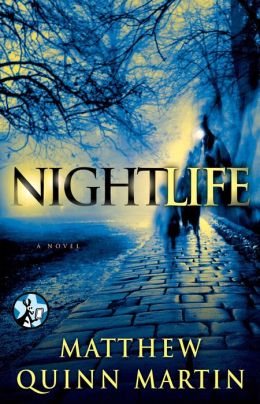 What do you like most about your main character, Beth Becker, and why do you think readers will connect with her?
Somewhere in the book I describe Beth as not being a “hothouse flower”…that she’s more like a hard-headed dandelion poking through a cracked city sidewalk. It’s clear that she’s beautiful, but it’s a tough kind of beauty. It was important to me that the heroine be someone who was working class (in this case a bartender) who, although cynical, still cared about the people around her––even the ones that don’t care much about her. Although this book fits into the “Urban Fantasy” mold, I didn’t want to write a story about someone who discovers they have extraordinary powers, but rather about someone who is only extraordinary in the choices she makes…especially when those choices are difficult.

What did you enjoy most about writing Nightlife?
I really only enjoy typing The End…all of the rest of it is grueling for me. Sometimes, after a particularly rough writing session I will type The End just to make myself feel better. I erase it the next time I sit down at the keyboard (obviously), but it helps at the time. And there never really is a The End for writers. Stephen King probably expressed that best in the way he “wrapped up” The Dark Tower saga (no spoilers I promise). I guess writing is like going to the gym––some people enjoy the experience, some don’t, but keep at it for the results…I fit into the latter category.

What is your writing process like? Are you a plotter or a pantser?
I’m a plotter––an almost pathological plotter. Everything has an outline. The book has an outline. The chapters each have outlines. Heck, the outlines have outlines. I think this behavior is an artifact from my screenwriting days. A screenplay is not a finished work, and while the screenwriter is the architect of a film…it takes the rest of the building crew (actors, director, editor, technicians), as well as a hefty amount of invested capital, to turn out the finished product.

What authors or books have influenced you the most in your writing, and in life?
There are so many to point to when it comes to influencing the writing (including grad school mentors James Patrick Kelly, Nancy Holder, Jamie Cat Callan, Aaron Hamburger, Alison Hawthorne Demming, and Michael Kimball)…but when it comes to influencing my life as well there are three that stand out.

Harlan Ellison, whose “Pay the Writer” rant from the documentary Dreams With Sharp Teeth gets a semi-weekly airing on my computer. (Ellison also deserves a goddamn statue erected in his honor for once paying to have a billboard put up across from the Paramount Studios lot that read “WRITERS––DON’T LET THEM STEAL FROM YOU)

Joe Eszterhas, who’s incredibly moving memoir, Hollywood Animal, came to me at a time when I really needed to read it. His riveting tales of dealing with both the film industry and his own family mirrored a lot of my own experiences…and he made me proud to be a Hungarian-American. If anybody reading this doubts that Eszterhas is, indeed, a literary powerhouse, check out Hollywood Animal. He wasn’t nominated for the National Book Award for nothing.

Donald Fagen is a giant tangential influence. Fans of his work (solo and with long time Steely Dan partner in crime Walter Becker) know that he’s primarily a songwriter (although his own essay collection/tour diary Eminent Hipsters just came out), but he’s able to weave stories of intricate depth and twisted beauty in those songs. There are whole worlds in pieces like Kid Charlemagne or Green Flower Street….ones you just want to get lost in.

If you could experience one book again for the very first time, which one would it be?
It’s funny…someone just asked me to write a blog post on that very subject for the Hugo Award Winning website SF Signal…oh, wait, that was you! I guess both you and your readers will just have to tune back in for the answer later (hint, it’s not actually going to be my “favorite” book, or even one of the ones I point to as an influence).

**See this week’s SF Signal Mind Meld for the answer to this question!

When you’re not working on your next project, how do you like to spend your free time?
Right now I’m hard at work on the NIGHTLIFE sequel (AS THE WORM TURNS), and it’s leaving me with precious little free time. When I’m done I plan to spend a solid month just cleaning my record collection and drinking vegetable smoothies.

What’s next for you, this year and beyond?
There’s not a whole lot of the year left and all of it is dedicated to what I just outlined in my last answer. As for what comes next after that…I’m going to need a bit of time to sort that out––but right now I’m leaning towards a stand-alone supernatural horror novel set during the Christmas season. We’ll see.

About NIGHTLIFE:
For centuries an ancient evil has slept beneath the streets of New Harbor. This Halloween, it wakes up.

An action-packed debut horror novel from talented new writer Matthew Quinn Martin, Nightlife pits a feisty bartender and a mysterious loner against bloodthirsty terrors as alluring as they are deadly.

Nightclub bartender and serial heartbreaker Beth Becker might be a cynic. But when her best friend goes missing Halloween night, Beth knows it’s up to her to find out what happened.

Her quest will take her on an odyssey through the crumbling city of New Harbor, Connecticut. Along the way she meets a homeless prophet warning of something he calls the “Night Angel”—a bloodthirsty creature that feeds on the forgotten. And she will form an unlikely bond with a hunted stranger who knows all too well what stalks the streets at night.

The strange man tells Beth the hideous truth about the nightmare creatures that have haunted mankind’s imagination for eons—creatures the world calls vampires. Together they are the only hope for New Harbor, but to defeat what lurks in the shadows they’ll have to conquer something far stronger than fear—their own desires.