Please welcome Delphine Dryden to the blog! Her new steampunk novel, GOSSAMER WING, just came out and she stopped by to tell us a bit about it! 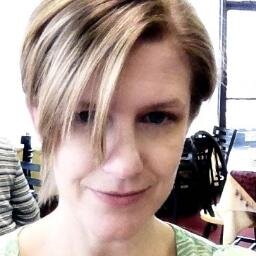 Will you tell us a bit about your brand new book, GOSSAMER WING?
GOSSAMER WING is a steampunk espionage romance, featuring a marriage of convenience and a whole lot of non-petrol-powered transportation! Also a whole alternate universe based on the idea that (for various reason) the Americans lost the revolution. That had consequences. Fun times!

You have a background in law and education, but what made you decide to take the plunge and start writing?
I’d always written, just never thought about publishing until I started hanging (virtually) with a bunch of fellow fan fic writers, some of whom were starting the whole road-to-publication process with their original work (one of them actually got “discovered” by an editor and is now a many-times-over NYT and USA Today bestselling author, so that was a big inspiration to try). And writing romance is definitely the best job in the world, so I’m very glad I took that plunge! 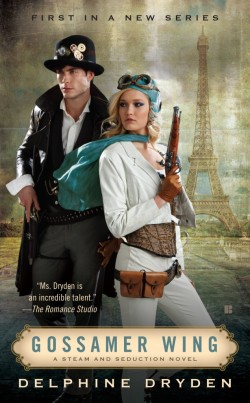 Gossamer Wing has a definite steampunk vibe. What did you enjoy most about writing the book?
I have a love/hate relationship with the research aspect of steampunk, because it’s this fascinating rabbit warren of infinite connections…but that also takes time, and can get frustrating. There’s so much information out there to sift through! Still, though, that’s really an enjoyable part for me – figuring out how the world is going to work, what has to have happened before the story to make things how I need them to be in the story. I adore it when I’m not even trying to research and run across something in the real world that I know I have to incorporate into my steampunk world. Though that also means I do weird stuff like take a dozen photos of the vat system in a brew pub, or of some random valve on a pipe by a maintenance area at the zoo, or…just stuff that catches my eye.

What do you love most about Charlotte and Dexter, and why do you think readers will root for them?
Charlotte and Dexter were probably one of my favorite couples to write, because they ended up working together so well. Their strengths and weaknesses complemented one another perfectly, and they wound up having a bantering element I hadn’t really planned on, but I love how it came out in their dialog. I think readers will want to see Charlotte open up and realize she has more to live for than she thought, and realize she deserves happiness. And I think people will love Dexter because he’s just a swell guy, down to the bone. Even Charlotte can’t help loving him, and she’s really trying hard not to.

What are some of your favorite books or authors?
So many. So many. I’m a huge fan of Sherry Thomas and Courtney Milan, as well as Loretta Chase. Oh, and Eloisa James. Christine d’Abo, who’s also my critique partner and has such admirable abilities to think up cool plots, I just can’t even. Charlotte Stein is an auto buy for me, as is Ruthie Knox (though I’m lucky enough I often don’t have to buy her things, and I even get to read them early because I know her and she’s awesome). Actually, I love the writing of all my fellow authors at Wonkomance, they are all so thinky and tend to put strong characterization first. Those are big elements for me. 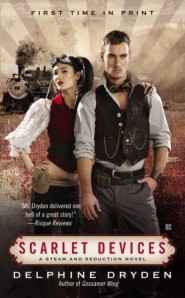 What are you reading now?
Cara McKenna’s Unbound (the alcoholic fetishistic hermit book). It is so good. Highly recommend.

When you’re not working on your next project, how do you like to spend your free time?
I am always working on my next project! But when I can, I do a lot of reading and also play a lot of tabletop games with my friends and/or family members. Just about to start a new Pathfinder: Legacy of Fire campaign, so I’m looking forward to that in particular!

What’s next for you, this year and beyond?
In December, I have The Principle of Desire coming out from Carina Press. It’s the final book in the “Science of Temptation” trilogy that started with The Theory of Attraction. Then in February, the second “Steam and Seduction” book, Scarlet Devices, releases. I just delivered the third book to my editor, and I’m moving on to write a pair of novellas for a Project To Be Named Later. After that I promised my kids I would write them a YA sometime in 2014, so I’ll be making a huge shift and spending some time on that…we’ll have to see how it goes writing something that is very much not a romance! It’s going to be steampunk too, by the way.

About GOSSAMER WING:
A SPY. AN AIRSHIP. AND A BROKEN HEART.

After losing her husband to a rogue French agent, Charlotte Moncrieffe wants to make her mark in international espionage. And what could be better for recovering secret long-lost documents from the Palais Garnier than her stealth dirigible, Gossamer Wing? Her spymaster father has one condition: He won’t send her to Paris without an ironclad cover.

Dexter Hardison prefers inventing to politics, but his title as Makesmith Baron and his formidable skills make him an ideal husband-imposter for Charlotte. And the unorthodox undercover arrangement would help him in his own field of discovery.

But from Charlotte and Dexter’s marriage of convenience comes a distraction—a passion that complicates an increasingly dangerous mission. For Charlotte, however, the thought of losing Dexter also opens her heart to a thrilling new future of love and adventure.