UNDEAD CHAOS, the new urban fantasy by Joshua Roots, just came out in October, and Joshua stopped by to chat about the new book, naked zombies, and more! 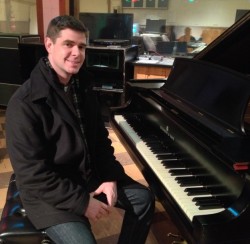 Your brand new book, UNDEAD CHAOS, is out this week! Have you always wanted to be a writer? Will you tell us a little about yourself and your background?
Let’s see, background: My father was in the oil business, so we moved around a lot as a kid. By the time I was four, I’d lived in Louisiana (born), Alaska, Texas, and California before the family finally set up shop in Virginia. We moved back to Alaska for my high school years, then I headed off to college in Maryland, spent almost a decade in the Marine Corps, before finally transitioning back to the Washington DC region to begin my civilian career. It’s funny, but out of all the places I’ve lived, I still feel a connection to Alaska and consider it as much my home as Virginia where my wife and I currently live.

As for writing, I actually didn’t catch “the bug” until a decade ago. I kept saying, “You know, I should write a book or something”. Apparently I said it a lot because my friend, Michelle, finally told me to stop talking about it and just do it already. Ten years and several awful books later, I began getting serious about publishing. Linking up with the amazing writers at Absolute Write was a major stepping-stone because they helped me hone the art of writing. When Carina Press hosted their feedback week last year, I submitted Undead Chaos (which had been languishing in a drawer for over a year). Lo and behold, they offered to publish it. Go figure.

What inspired you to write Undead Chaos? Will you give us a bit of a teaser?
The zombie, Anthony Banks. Maybe it was a glass of wine or a slow day in the office, but I had this image of a fat, naked zombie chasing a main character around. It sounded funny in my head, so I jotted down the initial scene between Bank and Marcus. The rest of the story was pieced together once I fleshed out who I wanted Marcus to be.

A teaser? Sure thing. Here are the opening lines of the book (which are still some of my favorite):

In all my years of squashing paranormal creepy crawlies, I’d learned two very important lessons. First, always keep a round chambered in your gun. Trust me, when you really need it, you don’t have time to load it. Second, never ignore your business phone. Mortgages are expensive and freelancer jobs hard to come by, so when- ever that line rings, you answer it.

“I’m looking for Marcus Shifter,” the lady on the other end said in a hushed, hurried voice.

I paused Stripes and sat up. “You got him.”

“My name is Carly Banks, and my husband died a month ago.”

I pinched the bridge of my nose. Another Normal hoping to resurrect a loved one.
“I’m sorry for your loss, Mrs. Banks, but I’m a Warlock, not a Necromancer. I can’t raise the dead.”

I arrived at her neighborhood twenty minutes later. 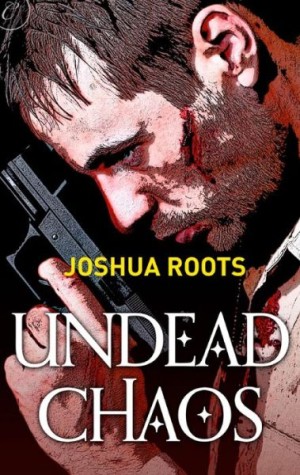 What did you enjoy most about writing about your main character, Marcus Shifter, and why do you think readers will root for him?
Marcus was a joy to work with mostly because humor is his defense mechanism for stressful situations. And I put him in a lot of them. He’s also a genuinely decent guy with a solid family background and a strong sense of right and wrong. What I’m hoping readers enjoy, in addition to his sense of humor, is the human side of him. He’s imperfect and occasionally his best intentions have drastic consequences. But whenever he messes something up, he tries to fix it. Sometimes he succeeds, sometimes he fails. Just like all of us.

What made you decide to make Marcus a Warlock?
Honestly, the original concept was a noir-style Private Eye story, but I quickly realized I was more comfortable with the main character killing paranormal things rather than people. Granted, Marcus may whack a few humans from time to time, but almost always in self-defense. Plus, the setting of an Urban Fantasy allowed me to have Marcus tap into magic (called “Skill” in Marcus’s world), which added a layer of complexity to the character and his world.

What did you enjoy most about writing the book?
I really enjoyed the world-building, specifically how the Skilled use their powers. My goal was to create an environment with believable magic, so there are limits to what the Skilled can do. Things like distance and an individual’s inherent capabilities factor into the equation as does training and education. A person can be born with powers, but without ample time learning and honing the craft, they can’t do much with them.

I also loved writing the character of Steve the Minotaur. He was initially a side character that was supposed to be in one chapter, but I fell in love with him and kept adding him to more and more of the story. Every scene with him in it still makes me chuckle. So much so that I HAD to put him into Book 2.

Do you think your experience as a Marine was an influence on your writing?
Absolutely. The Marine Corps taught me how to knuckle down during tough times. If there’s a job to do, you do it. It also taught me the importance of meeting/beating deadlines. I try to apply both lessons to all aspects of my life, including writing.

What are a few of your favorite books or authors?
I’m a huge fan of my friends Regan Summers (The Night Runner Series) and Tiffany Allee (The OWEA Files) as well as my friend Abner Senires’s online serial, Kat and Mouse. Other authors I gobble up include Jasper Fford, Jim Butcher, Dave Barry, and Scott Westerfeld. Westerfeld’s Succession duology is one of the greatest space operas of our time.

I also have a lot of respect and admiration for Suzanne Brockmann. She’s a big supporter of the military and a vocal activist. Not to mention she writes a heck of a good story.

If you could experience one book again for the first time, which one would it be?
Dave Barry’s Big Trouble. I’ve re-read that book countless times, but I’d love to experience the magic of that initial read once again.

When you’re not working on your next project, how do you like to spend your free time?
Juggling too many hobbies. I sing with my a cappella chorus (the Alexandria Harmonizers), play golf, read (books and comics), and have been struggling to learn piano for years. Seeing as how “Chopsticks” is still a challenge, don’t expect me to be hammering out Chopin anytime soon.

What’s next for you, this year and beyond?
Book 2 for Marcus and Company (no official title yet) is with the publisher and I’m working on Book 3. I’ve also written the first book for a modern Greek mythology series and sketched out a military sci-fi. My wife and I will be attending the RT Booklover’s Convention in New Orleans in May of 2014, then we’re traveling to France with the Harmonizers to participate in the 70th Anniversary of D-Day. We’ve tacked a family vacation on the back-side of that trip, so by July I’ll likely hunker down and write. Or just sleep.

About UNDEAD CHAOS:
The job was simple: decapitate the zombie, get paid, get out. Warlock Marcus Shifter followed the plan perfectly.

The corpse, however, did not.

Now there’s a body on the loose, accusations of illegal necromancy are flying, and the answers are waiting in the perilous alleys between the mortal and paranormal worlds. They’re no place for someone who mostly gave up magic after a childhood accident. And given his tendency to shoot off his mouth and his Glock, Marcus is having a hell of a time digging up more than just bodies.

When an apocalypse-minded megalomaniac threatens Marcus’s family, things get personal. Marcus will have to embrace the magic he’s been avoiding for years—and even that might not be enough to save the world from a hellish demise.