Rowena Cory Daniells is the author of the Outcast Chronicles, the King Rolen’s Kin trilogy, and more! Her newest book, KING BREAKER, is out this month, and she kindly stopped by to talk about the new book, and more! 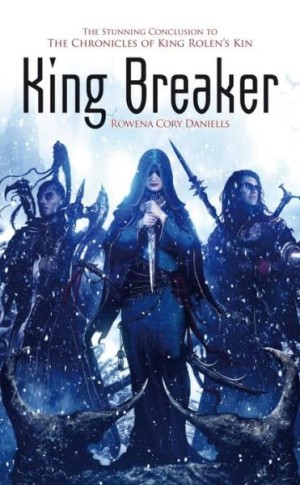 The conclusion to your very popular King Rolen’s Kin series, KING BREAKER, is out this month! What can readers expect from the last installment?
Many readers have told me that they have to keep turning the pages to find out what happens to my characters. King Breaker will keep the reader on their toes. Poor Byren, Fyn and Piro… They are really going to be tested.

Was finishing up the series bittersweet? Are you looking forward to exploring new worlds?
I always feel as if the characters are my friends, even the bad guys. As for new worlds I have a couple of other book series bubbling away in the background and when I need to refresh my mind, I take a mental tour through those worlds. A bit like taking a holiday in a fantasy world and who said writers were weird?

What is your writing process like? Are you a plotter or a pantser?
I have a general idea of where the story is going to go, but then I let the characters have their heads. Sometimes they make decisions I don’t expect so I guess you could call me a ‘Discovery Writer’.

What do you enjoy most about writing fantasy?
I love creating worlds, specifically to test my characters. It is only when we are faced with a challenge that we truly know ourselves.

You’ve no doubt influenced plenty of writers with your work, but what authors or novels have influenced you the most?
I used to have a bookshop, where I’d read a book in the morning, a book in the afternoon and a book after dinner. (I didn’t get out much, LOL). Back in those days Fritz Leiber and Joanna Russ were two writers I deeply admired. Leiber had a wicked sense of humour and Russ saw the world in a different way. I would have liked to meet both of them. More recently, I’ve been reading Joe Abercrombie and George RR Martin. I had an embarrassing fan-girl moment when I ran into Martin at World Con in 2005. I told him Tyrion was my favourite character, then I ran away because I didn’t know what to say. And I shared a panel with Ambercrombie at Genre Con in Australia last year. I admire the way Martin weaves his narratives and I like the grittiness that Abercrombie brings to his worlds.

If you could experience one book again for the very first time, which one would it be?
That’s a great question, Kristin. I was at a workshop when I first started writing and one of the other participants was a kid of about thirteen who had just discovered science fiction and fantasy. I told him that I envied him because of all the wonderful authors he had yet to discover. As for me discovering a book for the first time again, I really couldn’t say. You discover an author at a certain age and they speak to you because of where you are in your life and what you’re dealing with. If you found them again now, would their voice resonate as deeply with you? 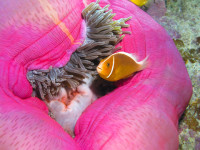 In your bio, it mentions that you practice martial arts! What inspired you to start practicing?
When I was nineteen and had the bookshop I was attacked one afternoon just on closing up time. We wrestled across the store, knocking books off the shelves and colliding with the counter. I managed to fight him off and the very next day I went out and started to learn Tae Kwon Do. Much later I realized that I should have learnt Aikido because if a guy grabs a woman he doesn’t square off first, he just grabs her. Tae Kwon Do is good for distance fighting but once you get in close it doesn’t teach how to break holds. That’s why I took up Aikido. And I did Iaido, the art of the Samurai sword, just because it was beautiful (and deadly). (Also did a bit of Ju Jitsu and Karate to try them out). 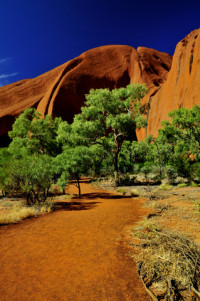 If someone were to come visit you in Australia for the first time, where would you take them?
Another good question. Australia ranges from deserts to tropical reefs, and snow fields to opal fields where it is so hot people live under the ground. I guess it would depend on the person and what they were interested in.

What’s next for you?
This might sound really pompous but I’m letting my mind lie fallow for a bit. I don’t have any major new projects. I’m doing a lot of factual reading. I’ve always been fascinated by history and anthropology. Why do we as a species, do the things we do? I also love science, so I read New Scientist on the train to work. I feel like a need a breather to recharge my creative batteries. 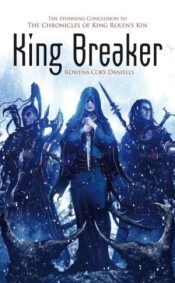 About KING BREAKER:
The conclusion to the hugely popular King Rolen’s Kin series!

The story of Byron, Fyn and Piro picks up immediately where the cliff-hanging ending of The Usurper let off! When Cobalt stole the Rolencian throne, Byren, Fyn and Piro were lucky to escape with their lives, now they’ve rallied and set out to avenge their parents’ murder.

Byren is driven to defeat Cobalt and reclaim the crown, but at what cost? Fyn has sworn to serve Byren’s interests but his loyalty is tested when he realises he loves Byren’s betrothed. And Piro never wanted to win a throne, now she holds the fate of a people in her hands.