Katie Alender’s brand new book, MARIE ANTOINETTE, SERIAL KILLER, just came out, and she stopped by to talk about the new book, and much more!

Please welcome Katie to the blog! 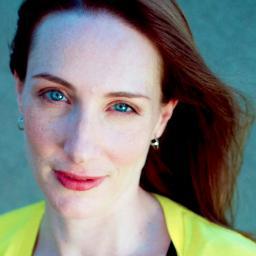 Your new book, MARIE ANTOINETTE , SERIAL KILLER, just came out! Will you tell us a bit about it and what inspired you to write it?
“Marie” is the story of an American girl named Colette who travels to Paris on a school trip. While she’s there, she hears about a string of serial killings throughout the city and discovers that there’s a link between the victims and her own family’s history. There’s also kissing.

What did you enjoy most about writing your main character, Colette Iselin, and why should we root for her?
Colette was interesting for me to write, because her arc feels very relevant to me right now — the pressure to be someone you’re not, to seem a certain way in public, to know the right people… all of those describe my experiences when I was younger, but they also describe my life as an author, in a way. There’s a lot of pressure to know the right people and be popular, which is stressful no matter how old you are. So writing Colette’s journey to realizing that those things don’t really matter helped me on my own journey. As a writer, I tend to believe that all of my character arcs reflect where I am at the time I’m writing a book.

The book, obviously, plays on the fascinating story of Marie Antoinette! What was one of the most interesting things you learned while researching the book?
One of the most interesting things about Marie Antoinette is how misunderstood she was. There were massive propaganda campaigns against her, and for literally hundreds of years, people have seen her as the epitome of excess and selfishness. In reality, she was a devoted mother and gave generously to charities. Of course, she had her flaws — she was living in the lap of luxury when the masses were starving — but she was a much more complex figure than people give her credit for being. 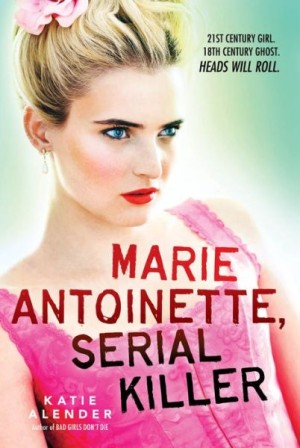 What do you enjoy most about writing for young adults?
When you write about a teen, a lot of what’s happening to them is happening for the first time. I think a lot of us can remember things that happened when we were young, because everything felt (and was) so significant. By the time you’re an adult, you may have met a half dozen people who expect you to change who you are if you want to be their friend. But when you’re sixteen, it makes a lasting impression.

What is your writing process like?
I try to write for a few hours a day. But in actuality, it’s chaos. I have a baby and she knows where I am, so I rarely have undisturbed blocks of time. I just make it work as well as I can. I outline before my first draft, follow the outline pretty closely, and then make a lot of changes during the revision process, not worrying about whether I’m conforming to my outline.

What authors or novels have influenced or inspired your work the most?
Hmmm… I think all of them probably have! The more you read, the more you expand your own style. Stephen King has had a big influence on me because of “On Writing,” which motivated me to actually finish a draft of my first book. As far as fiction writers, Paula Danziger’s books, with their very honest and realistic characters, were important to me. Roald Dahl’s use of dark humor inspires me. Jane Austen’s affection for her characters… Anthony Trollope’s layered and nuanced female characters… Margaret Atwood’s metaphors…

If you could experience one book again for the very first time, which one would it be?
Oh, let’s see. My gut is telling me Ann Patchett’s “Bel Canto,” because of the way that book instantly took my breath away and reeled me in. I literally carried it around all day and read it instead of doing anything else I was supposed to be doing.

What are you reading now?
I’m reading “The Night Circus,” “Swamplandia”, and about a gazillion other books. I’ve been very undisciplined about reading since my daughter was born.

When you’re not working on your next project, how do you enjoy spending your free time?
Free time? What’s that? Ha ha… mostly I order sushi and watch TV. It’s an exciting life. I used to sew and do yoga and all sorts of interesting things, but at the moment, I go for the path of least resistance. Oh, and I sleep.

What’s one piece of advice that you would give to an aspiring writer?
Write as much as you can, and not necessarily for publication. Just write about characters and situations that interest you. It will help you form your voice and hone your skills. Then, when you’re older, you can write a book. But don’t let yourself be paralyzed by the fact that you don’t know if your idea is “sellable” when you’re 16 years old (or 18… or 22… or 45). If you’re enjoying what you’re working on, it’s helping you as a writer. After you’ve done that for a few years (or ten), then you can start working on ideas that are more focused.

What’s next for you?
I have another book in the works, but I can’t talk about it until the ink’s dry on the contract! It’s a really fun, atmospheric book with a solid sense of location. After writing a book set in Paris, I realized how fun and interesting it is to write within a specific geographic locale.

Paris, France: a city of fashion, chocolate croissants, and cute boys. Colette Iselin is thrilled be there for the first time, on her spring break class trip.

But a series of gruesome murders are taking place around the city, putting everyone on edge. And as she tours the sights, Colette keeps seeing a strange vision: a pale woman in a ball gown and powdered wig, who looks like Marie Antoinette.

Colette knows her status-obsessed friends won’t believe her, so she seeks out the help of a charming French boy. Together, they discover that the murder victims are all descendants of people who ultimately brought about Marie Antoinette’s beheading. The queen’s ghost has been awakened, and now she’s wreaking her bloodthirsty revenge.

And Colette may just be one of those descendants . . . which means she might not make it out of this trip alive.