DELIA’S SHADOW by Jaime Lee Moyer just came out yesterday, and the author was kind enough to answer a few of my question’s about the new book, her writing, and more!

Please welcome Jaime to the blog!

Will you tell us a little about your new book, Delia’s Shadow, and what inspired you to write it?
Delia’s Shadow is a ghost story/murder mystery set in 1915 San Francisco. Delia Martin has always seen ghosts, but the ghost standing next to her bed one morning is different. Shadow, as she comes to call this spirit, follows her everywhere, demands things of her, and haunts Delia relentlessly. Discovering why Shadow haunts her will change Delia’s life.

The book started with a very vivid dream fragment. I couldn’t forget this dream or stop thinking about it. A young woman, who turned out to be Delia, was looking over her shoulder and watching for the person who kept following her. Once I realized that Delia was being followed by a ghost, the rest of the plot fell into place.

You’ve been writing for a while, and even write poetry! Have you wanted to be a writer from a young age? Will you tell us more about yourself and your background?
I do write poetry! Poetry is one of my great loves and passions. I’m convinced that poetry has made me a better writer.

I wrote my very first story at the age of eleven. That story was the longest thing I’d written and covered front and back of four sheets of notebook paper. I was very proud of that story and couldn’t wait to show someone.

My best friend’s mother read it, frowned, and told me that what I’d written wasn’t “appropriate” for a young girl. Then she took the story away and kept it! I count that as my first formal critique.

I was the oldest of four children and come from what is usually referred to as a “lower working class” background. Working poor is closer to the truth.

Neither of my parents finished high school, but both of them loved to read. My mother walked all four of us kids to the library twice a week in summer and on Saturdays during the school year. Each of us was allowed to choose as many books as we could carry home. I always ran out of books before it was time to go back to the library. Losing myself in books and escaping to other worlds, other places, is how I survived large portions of my childhood.

And all of that reading instilled in me a lifelong love of story and storytelling. The trials and tribulations of my childhood, the poverty and the struggle I saw all around me, and all those books I hid in, combined to make me a writer.

What made you decide to set Delia’s Shadow in 1915 San Francisco? What kind of research did you do for the book?
The Victorian age was long over by 1915 and what we think of as the modern age was underway. World War I, known then as The Great War, was raging in Europe. Women had won the vote in California years before, but the fight for suffrage was in full swing in the rest of the US and England.

1915 was also the year the Panama Pacific Exposition was held in San Francisco. All World’s Fairs are full of marvels and wonders, but the Pan Pacific was San Francisco’s chance to show the world that the city had recovered from the 1906 quake and fire. This was a perfect storm of history coming together and the perfect time to tell this story.

I did so much research for this book. Clothing styles, furniture styles, speech patterns, slang, cars, exhibits for the Pan Pacific—all of that and more went into this book. I can’t tell you how many words I had to look up to make sure they weren’t too “modern”, or how many facts I checked to make sure they fit.

That was the fun part. Research into serial killers and reading FBI files wasn’t any fun at all.

What do you love most about Delia Martin, and why should we root for her?
Wow, that’s a difficult question to answer. Delia is smart, a bit sarcastic, admits when she’s in over her head, doesn’t quit just because she’s afraid or something is dangerous, and would walk through fire to protect those she loves. She doesn’t have all the answers and at times isn’t sure what questions to ask. She’s her own person, a damsel not in need of rescue.

I hope people root for her because they see the best parts of themselves or someone they care about in Delia.

What is your writing process like? Are you a plotter or a pantser?
My process has changed over the years. I used to be a total wing it and hope for the best writer. Not so much anymore.
Now when I start a novel I know the beginning, pieces of the middle, and how the story ends. As I write, the story usually reveals itself to me two or three scenes ahead. I always have signposts to write toward. I always know how the story will end.

Events along the way–the details–are always a surprise. Often things I’d never planned at all turn out to be the very best parts. 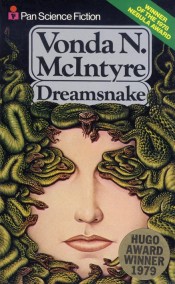 What authors or novels have influenced you the most?
Barbara Hambly, Ursula K. LeGuin, Robin McKinley, Vonda McIntyre, Elizabeth Bear, Rae Carson, Neil Gaiman, Ray Bradbury—all of them have taught me something about story telling and writing.

What are you reading now?
Cold Magic by Kate Elliot, the first book in her Spiritwalker trilogy. I’m almost finished. Book two, Cold Fire, is sitting on the shelf waiting for me.

When you’re not working on the next project, how do you like to spend your free time?
I have far too many hobbies. I like to make jewelry, sew, quilt and crochet.

When I lived in a house, I had huge gardens full of flowers. I’m a decent photographer too. This is all on top of reading every chance I get.

Will you tell us something about yourself that not a lot of people know about?
I’ve been known to buy books and music before food and clothing.

What’s next for you?
I’ve already finished two more standalone books starring Gabe and Delia. A Barricade In Hell and Against A Brightening Sky will be out in 2014 and 2015.

What I write next is wide open.

About DELIA’S SHADOW:
It is the dawn of a new century in San Francisco and Delia Martin is a wealthy young woman whose life appears ideal. But a dark secret colors her life, for Delia’s most loyal companions are ghosts, as she has been gifted (or some would say cursed) with an ability to peer across to the other side.

Since the great quake rocked her city in 1906, Delia has been haunted by an avalanche of the dead clamoring for her help. Delia flees to the other side of the continent, hoping to gain some peace. After several years in New York, Delia believes she is free…until one determined specter appears and she realizes that she must return to the City by the Bay in order to put this tortured soul to rest.

It will not be easy, as the ghost is only one of the many victims of a serial killer who was never caught. A killer who after thirty years is killing again.

And who is now aware of Delia’s existence.