I’m so excited to read the new novel by William Sutton, Lawless & The Devil of Euston Square, and he was kind enough to answer some of my questions about the new book, and much more! 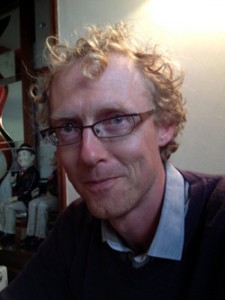 Welcome to the blog, William! Your first novel, Lawless and the Devil of Euston Square sounds wonderful! Will you tell us a bit about it and Detective Campbell Lawless?
Thanks, Kristin.

Lawless is a novice policeman, an Edinburgh watchmaker’s apprentice who is wide-eyed at London’s marvels and miseries. When a hydraulic engine bursts, he can’t fathom why he is the only one who cares about the man left dead. His covert investigations unearth dangerous friends, unexpected allies, and scandals that stink worse than the Thames.

What made you decide to set the book in Victorian London?
“Envisage a city as a body, pumping with fluids,” says engineer Joseph Bazalgette. “Blood, nerves, intestines, bowels, the whole kit and caboodle heaving with life.”

I discovered that the London underground’s first line was built at the same time as Bazalgette’s miraculous sewers (which transformed the city, cured the river’s Great Stink and made possible the modern megalopolis). What if, as the two intertwined, somebody was seeking revenge? Perhaps somebody made homeless by the march of the very progress that was meant to be saving them… 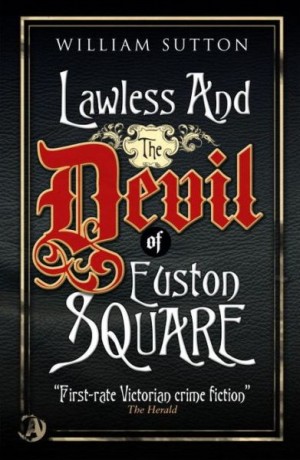 What do you love most about Campbell Lawless, and why should we root for him?
Lawless has integrity, and he’s kind. He can’t help being sullied by the manipulations and blackmail all around, but he is at least disgusted by it all. One of the other policeman calls him malleable: not a compliment. Where do we draw the line between loyalty and integrity? What do we do when people we love and trust do things we cannot accept?

What kind of research did you do for the novel?
The best research was living in São Paulo, Brazil. Where better to write of a gleaming metropolis mired in corruption and reeking of injustice? Where the careless rich neighbour on the destitute, entertaining the poor with bread and circuses to distract them from the injustices.

victorianlondon.org has an extraordinary collection of original documents. You can’t beat reading a policeman’s account of his night-duty, or a street hawker’s description of his rounds. This sent me to London Labour and the London Poor, Henry Mayhew’s incredible collection of street interviews. I loved Peter Ackroyd’s Dickens biography, Trench and Hillman’s London under London, and tubeprune.

Do you think your background in acting and music helps you in your writing?
I’ve only just realised, from recording the Audio Book with Audio Go, and reading with the ReAuthoring project, quite how full of Victorian camp and melodrama my tale is. It’s realistic enough, yet it’s told with a twirl of the brolly and a tweak of the sideburn, blending music hall, sensation novels, slang and steampunk. I had huge fun mixing street talk with rhyming slang, backslang and a world of voices.

So yes, from acting I learnt scene shape and dialogue; music is a great way to bring the thing to life for audiences at readings and festivals (as in this Radio interview).

Are there any authors or novels that particularly inspire your writing?
In Lawless and the Devil of Euston Square, I steal the genre from Wilkie Collins’ Moonstone and the narrator’s standpoint from The Great Gatsby and Heart of Darkness, sympathising with likeable anarcho-terrorists as in Chuck Palahniuk’s Fight Club, Paul Auster’s Leviathan and Iain Banks’ Complicity.

My next book steals the pure dynamite shape of RLStevenson’s Strange Case of Dr Jekyll and Mr Hyde. I aim to ignite this with sparks of today’s collusion between press-police-politicians, cover-ups over pornography, human trafficking and neglect of the dispossessed.

If you could experience one book again for the very first time, which one would it be?
Ooooh. Trainspotting, Irvine Welsh.

Speaking of music, what are a few songs that would be on the book’s soundtrack (if it had one, and with the understanding that it might cause a bit of an anachronism)?
Underground Side A
Subterranean Homesick Blues- Bob Dylan
Subterranean Homesick Alien- Radiohead
Perfect Skin- Lloyd Cole & the Commotions
Going Underground- The Jam
A Poem on the Underground Wall- Simon & Garfunkel
Down in the Tube Station at Midnight- The Jam
Waiting for the Man- The Velvet Underground

(I had fun doing this. Can you tell?)

Aside from all the other awesome stuff you do (seriously, I have no idea where you find the energy!!), you also teach and run workshops, which include creative writing. What’s one piece of advice that you would give to a struggling writer?
Depends what’s making you struggle. If you struggle to write, take away your digital toys and make yourself an analogue desk. If you struggle to connect, go to conferences.

(The secret to my doing so much stuff is never having a proper job.)

What’s next for you?
After this book comes out, I’m excited about sitting down to finish the next, tentatively called Lawless & the Flowers of Sin. It’s wilder, shorter, more pungent.

I’ve also got a play and a novel set in Brazil that I’d love to get into shape before everyone goes Brazil-mad with their World Cup and Olympics.

About LAWLESS & THE DEVIL OF EUSTON SQUARE:
Murder. Vice. Pollution. Delays on the Tube. Some things never change…

London 1859-62. A time of great exhibitions, foreign conquests and underground trains. But the era of Victorian marvels is also the time of the Great Stink. With cholera and depravity never far from the headlines, it’s not only the sewers that smell bad.

Novice detective, Campbell Lawless, stumbles onto the trail of Berwick Skelton, an elusive revolutionary, seemingly determined to bring London to its knees through a series of devilish acts of terrorism.

But cast into a lethal, intoxicating world of music hall hoofers, industrial sabotage and royal scandal, will Lawless survive long enough to capture this underworld nemesis, before he unleashes his final vengeance on a society he wants wiped from the face of the Earth?

Lawless & The Devil of Euston Square is the first of a series of historical thrillers by William Sutton set during the mid-nineteenth century, featuring Metropolitan policeman, Campbell Lawless, aka the Watchman, on his rise through the ranks and his initiation as a spy.

Before Holmes, there was Lawless…

Before Campbell Lawless, the London streets weren’t safe to walk…