Fiction Interview: Kelly Braffet, author of Save Yourself

Interview: Kelly Braffet, author of Save Yourself

Kelly Braffet is the author of Josie and Jack (one of my favorite books), Last Seen Leaving, and her new book, Save Yourself, just came out last week! Kelly answered a few of my questions about the new book, what scares her, and more, so please welcome her to the blog! 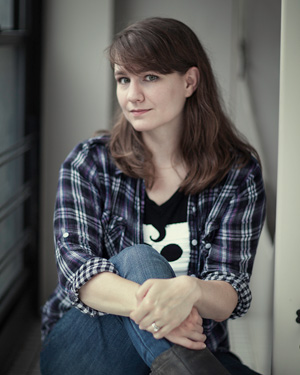 Kelly, will you tell us a bit about yourself and your background? Have you always wanted to be writer?
Well, I grew up in Arizona and moved – or rather, was forcibly transplanted – to western Pennsylvania when I was ten. Being a kid in Arizona was awesome and being an adolescent in western Pennsylvania was angsty and difficult, so naturally I write about western Pennsylvania. (For the record, I think that being a kid is often awesome and being an adolescent is often angsty and difficult, so I don’t think either place can take blame or credit for what are pretty much natural stages of human psychological development.) From western Pennsylvania, I moved on to New York, first for college at Sarah Lawrence and then for grad school at Columbia; after grad school, I spent the obligatory number of years living in Brooklyn and griping about the F train. Now I live in the country, where I can drive my car to the grocery store but there’s no decent Chinese food. Everything is a trade-off.

Will you tell us about your new novel, SAVE YOURSELF, and what inspired you to write it?
Normally, when people ask this question, I’ve been saying “desperation,” which is technically true: I needed to write a book, and I had a short story with characters that I loved, so I turned it into a novel. (It sounds really easy when I put it that way. It was not.) I think a better answer is, um, desperation – by which I mean that I see so much of that in the world right now, desperation and fear and anger, that there seemed to be something worth capturing there. The book is, in a large part, about characters who are targeted for hatred by their communities (or who fear being targeted) for reasons that aren’t really under their control. There’s a scene where one character says, more or less, that most people have so much anger stored up from their day-to-day lives – long lines, inconsiderate bosses, short paychecks – that when there’s a socially acceptable place to put it, they really load it on. You see it all the time in internet comments. I wanted to explore that, to see what life was like on the receiving end of all that slow-burning wrath.

(And also, I needed to write a book.) 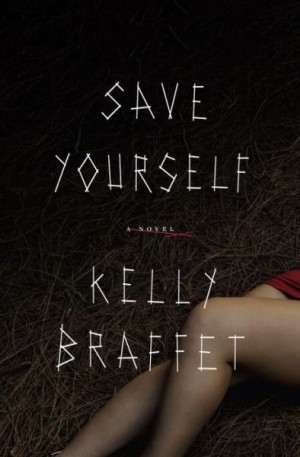 Your books are known for their rich characterizations. Which character in Save Yourself did you most connect with while writing?
It’s a toss-up between my protagonist, Patrick, and Caro, the girl he’s in love with. I have a good friend who plays hockey who talked to me once about how sometimes the puck just glues itself to your stick as you skate down the ice; writing Caro was like that. She just sort of stepped out onto the page, fully formed. She’s also possibly my favorite character I’ve ever written: her defensiveness, her vulnerability, the Moebius strip way she thinks. She’s fun to write, and I like being inside her head.

But the teenager in me, the girl with no self-esteem who couldn’t stay away from damaged guys – that part of me loves Patrick. He’s so damaged and snarly and wounded.

What is your writing process like? Will you walk us through it?
I wake up, knock back a whole bunch of coffee, and spend about three hours surfing the Internet and refreshing Twitter. (My brain has never functioned very well before 11 AM and it hasn’t gotten better since I started writing full-time.) Usually I get to work around one, and work until something – usually the need to eat something for dinner – stops me. The rest is just staring at computers, and walls, and things. Writing is one of the few artistic disciplines that will never be turned into a reality show. It’s not that much fun to watch. And the real work of it happens when you’re not at the computer, at least for me. Obviously, editing, rewriting, all of that – but for me, the most valuable time is time spent letting my mind wander. Showers are useful. So is insomnia. So is sitting in car dealership waiting rooms while my oil gets changed, which is what I’m doing right now, as I write this. Boredom can be extremely productive.

Or maybe I’m just saying that because I’m in the planning stages now; maybe if you’d asked me when I was working through my edits, I would have said that’s the hardest part. Maybe the hardest part is whatever you’re currently working on.

What are some of your biggest literary influences?
I really sort of cut my teeth – and I’m talking about books I read when I was ten to twelve years old – on fantasy, on J.R.R. Tolkein and Robin McKinley. Then I moved on to classics: John Steinbeck, F. Scott Fitzerald, and from there to the old classic crime writers, who are probably my biggest influences: James M. Cain, John D. MacDonald, Dashiell Hammett. I love good, distinct writing, and I love story. Story, story, story. I am story-obsessed. 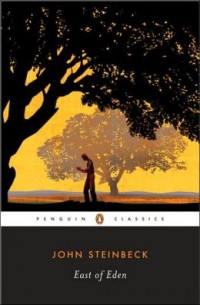 If you could experience one book again for the very first time, which one would it be?
Steinbeck’s East of Eden. I read it for the first time when I was sixteen or so, and it was truly a life-changer. It was probably the first time I ever independently noticed an allegory in a novel, and the seamlessness of it, the realism, blew my mind. It was as if suddenly somebody had just popped the hood on a car and explained the internal combustion engine to me: all at once I saw how novels could work, and how many things they could do at one time.

Save Yourself delves into some decidedly creepy territory. What’s something that you find truly terrifying?
Children in peril. Animals in peril. It’s trite, but it’s true. That stuff keeps me up nights. Helplessness of any sort; I always thought one of the scariest of Stephen King’s books was The Girl Who Loved Tom Gordon, which is an almost totally non-supernatural story about a little girl who gets lost in the Maine woods.

Sometimes people ask me if some of my more brutal scenes are difficult to write. I suppose it might seem strange, but they’re not. Your own driving almost never makes you carsick, no matter how fast you take the corners.

What do you like to see in a good book, and is there anything that will make you put a book down, unfinished?
Story. Story, story, story. Oh, man, I can’t say it enough times. I don’t care how pretty your writing is; if there’s no story my mind is going to wander. And I really love a solid ending. Endings are hard, and I feel like that’s where lots of novels fall apart: they spin these beautiful threads and then utterly fail to weave them into a whole piece of cloth.

As far as what will make me put a book down – I do try to finish everything I start, but I’m also aware that life is pretty short. I’m only 37, and I already probably own more books than I can ever reasonably finish before I die. If a book feels too familiar to me and the prose isn’t blowing me away, I might put it down. If I have to force myself to pick it up, I might put it down. I couldn’t finish Infinite Jest; I gave it three hundred pages, which is about the length of an ordinary novel, but it just never captured my attention. I love David Foster Wallace’s nonfiction, but I felt like the self-awareness in the prose sort of came between me and that book.

When you’re not busy at work on your next project, how do you like to spend your free time?
I’d like to be able to say that I go ice climbing or something, but I don’t. I play some very silly video games, watch a few TV shows – my husband and I are working our way through Veep – and do boring life stuff. Laundry, grocery shopping. I do crossword puzzles. I’m very boring.

What’s next for you?
Another book, but I can’t tell you anything about it. There are a few ideas that I’m kicking around. I’d like to write something else about Caro Haller, but I’m not sure that I’ve found the right idea for that one yet. I am spending a lot of time letting my mind wander on that subject these days, though.

About SAVE YOURSELF:
Patrick Cusimano’s life can’t get much worse. His father is in jail, he works the midnight shift at a grubby convenience store, and his brother’s girlfriend, Caro, has pushed their friendship to an uncomfortable new level. On top of all that, he can’t shake the attentions of Layla Elshere, a goth teenager who befriends Patrick for reasons he doesn’t understand, and doesn’t fully trust. The temptations these two women offer are pushing Patrick to his breaking point.

Meanwhile, Layla’s little sister, Verna, is suffering through her first year of high school. She’s become a prime target for her cruel classmates, and not just because of her strange name and her fundamentalist parents. Layla’s bad-girl rep casts a shadow too heavy for Verna to bear alone, so she falls in with her sister’s tribe of outcasts. But their world is far darker than she ever imagined…

Unless Patrick, Layla, Caro, and Verna can forge their own twisted paths to peace—with themselves, with each other—then they’re stuck on a dangerous collision course where the stakes couldn’t be higher.