Cover Reveal: Letters From a Murderer by John Matthews

The new novel by John Matthews, LETTERS FROM A MURDERER, will be out in the US on Sept. 24th and the UK on Oct. 3rd, and we’ve got the cover for you right here, courtesy of Exhibit A Books! Check out the book, and of course feel free to pre-order. This one’s gonna be a good one! 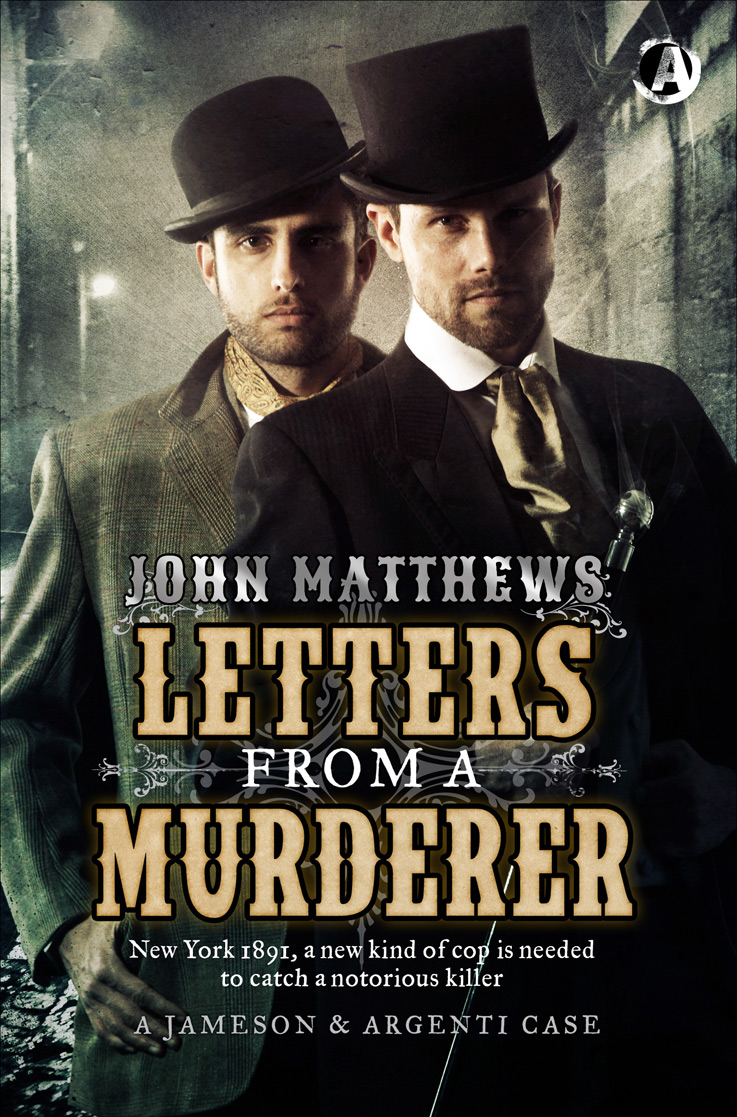 If Arthur Conan Doyle had been asked to write a sequel to Gangs of New York, then this would be it.

“One genius criminal profiler. One ruthless, streetwise cop. Both will need all their wits to capture the most notorious killer of all time.”

New York, 1891. A prostitute is found brutally murdered. The victim bears the same hallmarks as a notorious recent killing spree in England. Could it be that killer has crossed the Atlantic to fresh killing grounds? Or is this simply a copycat murder? Fear spreads through a city already rife with cut-throat gangs, corruption and vice. Aristocratic English pathologist, Finley Jameson, is teamed up with Joseph Argenti, a streetwise New York cop, to solve the case. But as the body-count rises and the killer taunts his pursuers in open letters, Jameson & Argenti find themselves fighting not just to prevent yet more victims, but also to save the city’s very soul.