Fantasy Interview: Ofir Touché Gafla, author of The World of the End

Interview: Ofir Touché Gafla, author of The World of the End

The World of the End, an award winning fantasy by Ofir Touché Gafla is finally available in the US, and he was kind enough to stop by and answer a few questions about the book, and more!

Please welcome Ofir to the blog! 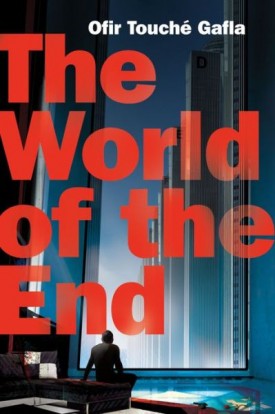 Will you tell us a bit about yourself and your background? Have you always wanted to be a writer?
I was born in Israel and have lived here all my life. When I was seven, I started writing stories and ever since I haven’t stopped. It’s not as if I have always wanted to be a writer but rather I have always been one. Writing, in my opinion, is much more than a profession (or craftsmanship, some would say). It is a lifestyle. One’s mind is always concocting stories and translating reality into private narratives. Over the years I have written a lot, and I have shelved a lot, owing to my critical nature (especially when it comes to my work). As far as I’m concerned, the pivotal moment in my life was after I learned to read and write, held a pencil and wrote T A B L E and there was a table. It was an epiphany like no other, the power of creation, five innocent letters and an object comes to be. Arguably the happiest day of my life.

The World of the End is an award winner in Israel, where it was originally published in 2005, and we’re lucky to be seeing its release here in the states! Will you tell us a little about it, and what inspired you to write it?
The World of The End tells the story of a man who writes endings for a living (helping other writers who got stuck), who, in the face of tragedy, steps out of his study and looks for an ending to his own personal story. I think what initially catapulted this story into existence was my musings about our intoxication with the concept of the end and my wish to revolt against it. Afterall, no end is final, it’s just an arbitrary decision on the part of the writer (or any other person narrating a story). I was interested in a world where the end was actually the beginning, and what other world fits this concept better than the post-mortem one?

The World of the End explores some pretty deep, and sometimes dark, territory. Did anyone, or anything in particular influence your main character, Ben Mendelssohn?
I know this answer may seem weird, but the one person who influenced the character of Ben Mendellsohn was, well, Ben Mendellsohn himself. When I write about a leading character, I devote myself wholeheartedly to the process of exploring his or her inner world, delving into their depths in order to portray them as best as possible. I totally embrace the quality of acting, or self-effacement; As a writer, I have the rare privilege of hopping from one consciousness to another, BEING other people and seeing the world through their eyes. I disappear inside the character, write their story, and when I finish my writing for the day, I step back out of the character and resume my good old self. I know it sounds a bit crazy, but it is actually very liberating. So, when I wrote Ben, I put myself in his shoes and experienced the peculiar circumstances of his life through his eyes. Mind you, I don’t always approve of my characters’ wishes, motives or actions, but one of my golden rules is to never judge them.

What kind of research did you do for the novel?
With this particular novel, there was little research involved. I mean, after all, half of it takes place in The Other World, namely, the world of the dead. I guess there were bits that were researched in the half that takes place in our world. But I can tell you a funny anecdote: During a signing a woman who read the book approached me and asked whether it was autobiographical. For once in my life, I was speechless.

Will you tell us a bit about your writing process?
Well, there is so much to tell about one’s writing process, but in a nutshell, it all starts with the subtext. A certain subject that I’m interested in exploring. Then comes the text, namely the story. But what complicates matters in my case is the ‘how’. For every ‘what’ there are a million ‘hows’ and I’m looking for the most interesting ‘how’ to tell a story in the way that will serve it as best as possible. Structure is of the utmost importance to me, which one can tell from the jigsaw puzzle technique of this particular novel. I know this may come as a surprise to many people, but I write all my books with a pen, and then I shift to the keyboard. So, The World of The End has several plotlines (or ‘plot-circles’ as I like to call them) and each plotline was written in a different color. For example, the one that had to do with Ann, which was all about passion, was written in red, the one that had to do with the family trees in green and so on. My fifth novel, which came out four months ago, is my darkest (so far) and that’s why it was written in minimal lighting. 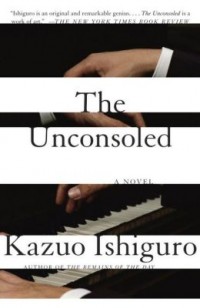 What are some of your biggest literary influences?
I always say that every book I read, good and bad, has had some influence on me since reading is (and please excuse the cliché) the best teacher of writing. However, there are some writers whose works are a huge source of inspiration. Well, evidently I love Salman Rushdie. He’s one of a kind. I also love John Irving, Margaret Atwood, John Banville, Mario Vargas Llosa, Shimon Adaf, Philip Roth (he’s a god), T.C.Boyle, Iris Murdoch, Nabokov, William Boyd, Julio Cortazar, Kate Atkinson,Jonathan Coe, Kazuo Ishiguro, Andre Brink, Shakespeare (duh) and the list goes on forever. Strangely enough, when I write I feel more influenced by music than by literature.

If you could experience one book again for the very first time, which one would it be?
That’s an easy one. The Unconsoled by Kazuo Ishiguro. One of the best books I have ever read. To me it felt like reading Kafka on acid. A novel like no other. The haunting atmosphere, the perfect dialogues, that sense of not understanding what’s going on mixed with the desire to keep going nevertheless, the sheer pleasure of the words.

What do you hope readers will take away from The World of the End?
Well, I’d like to think my books are thought-provoking (or so I have been told over the years), so I hope it’ll give readers some food for thought. But, honestly, it’s all up to them. Some readers are more into the consolation factor they find in the novel, others are simply into putting the pieces together. I hope they enjoy it and that it stays with them, however briefly.

What’s next for you, this year and beyond?
Well, since I teach creative writing at the school of cinema in Jerusalem plus some workshops in other places, I’m relieved to say we’ve reached the end of semester. Now I’m going to start working on my sixth novel, which means embarking on a two-year journey (if I’m lucky, considering how busy I am) and in four months’ time I’m back in school. Another exciting thing that looms in the offing is August 2014, when I go to teach a creative writing semester at Austin University in Texas, which will surely be a refreshing change.

About THE WORLD OF THE END:
As an epilogist, Ben Mendelssohn appreciates an unexpected ending. But when that denouement is the untimely demise of his beloved wife, Ben is incapable of coping. Marian was more than his life partner; she was the fiber that held together all that he is. And Ben is willing to do anything, even enter the unknown beyond, if it means a chance to be with her again.

One bullet to the brain later, Ben is in the Other World, where he discovers a vast and curiously secular existence utterly unlike anything he could have imagined: a realm of sprawling cities where the deceased of every age live an eternal second life, and where forests of family trees are tended by mysterious humans who never lived in the previous world. But Ben cannot find Marian.

Desperate for a reunion, he enlists an unconventional afterlife investigator to track her down, little knowing that his search is entangled in events that continue to unfold in the world of the living. It is a search that confronts Ben with one heart-rending shock after another; with the best and worst of human nature; with the resilience and fragility of love; and with truths that will haunt him through eternity.